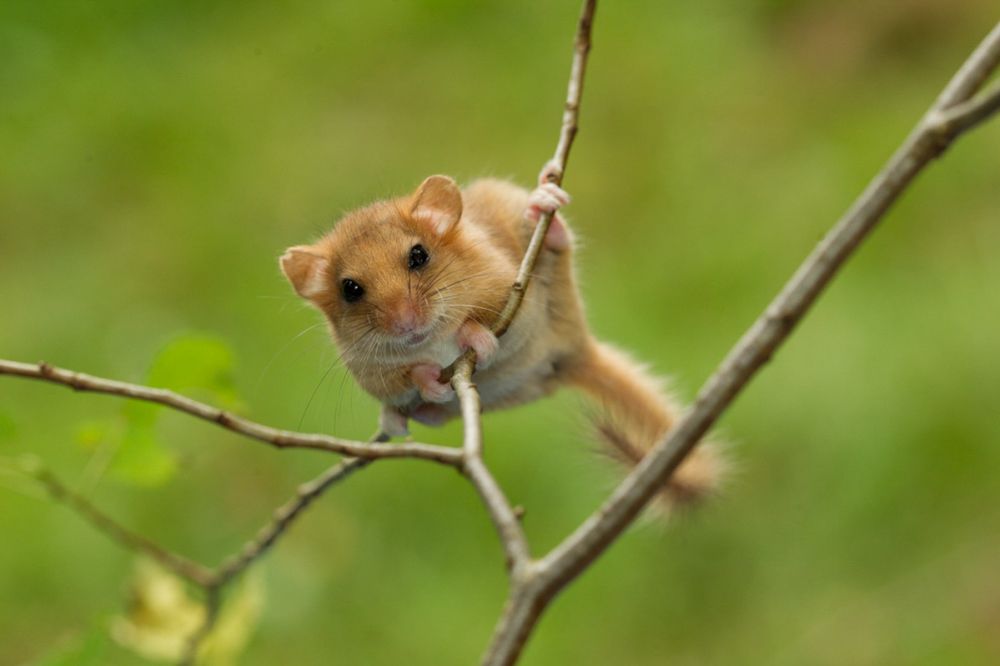 My first dormouse was the classic ball of fur with a wrap-around tail in torpor, a state of temporary hibernation in cold weather, so it was cold and barely breathing. We put it back in its nest and went onto the next box. It was the only dormouse we found that day. This was in 2008 and I was helping to monitor the dormice in a wood managed by the Forestry Commission, the only site known to have dormice in the whole of Warwickshire at that time. 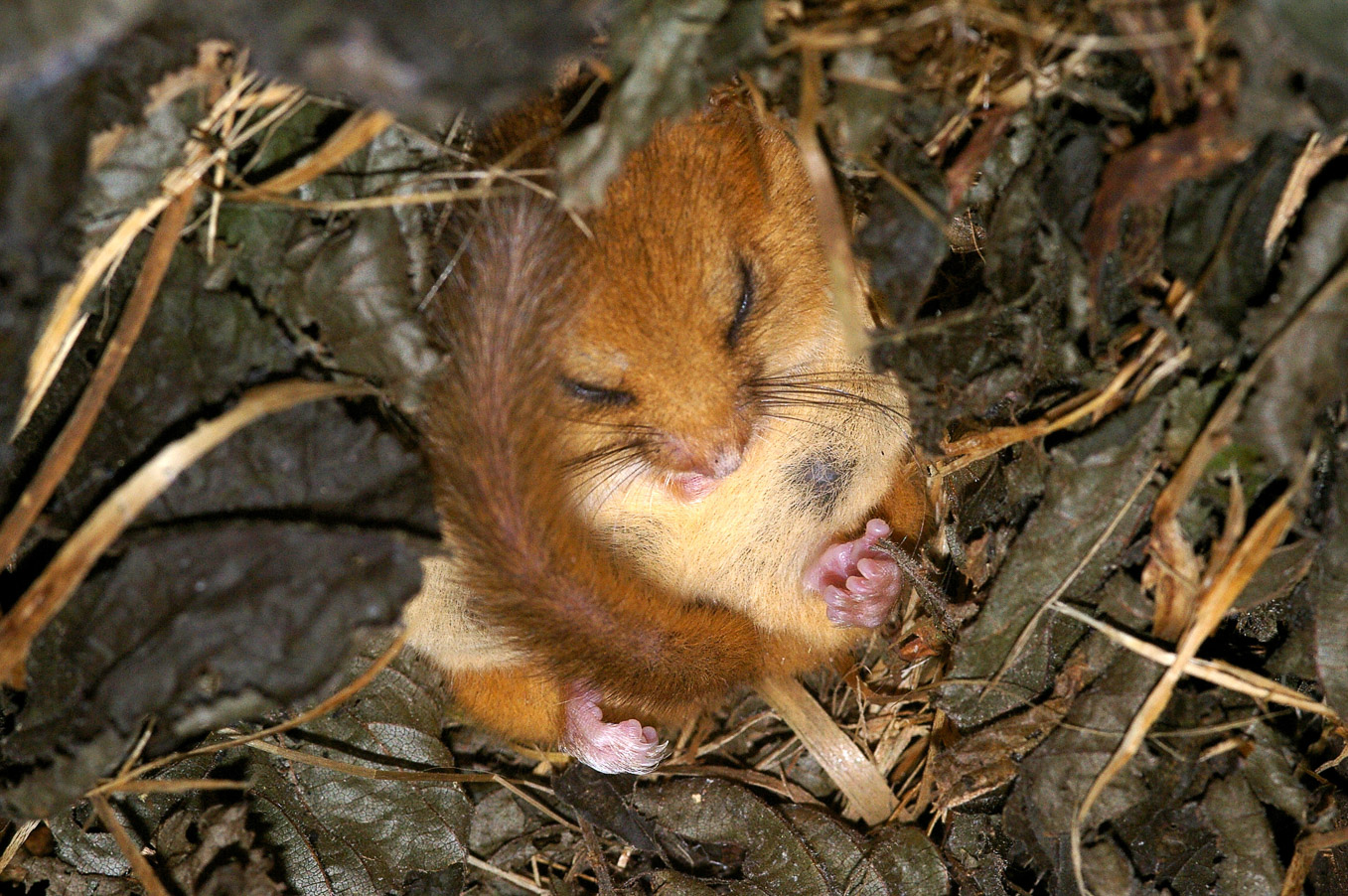 I was shocked by this information about a mammal so common in the late 19th Century that children used to keep them as pets and take them to school. There were many local names some reflecting their ‘sleepiness’ but perhaps the most charming is ‘chestlecrumb’ from Devon. I checked records of dormice with our Local Biological Records Centre and discovered that back in 2000 there were only six known populations, not a lot in the whole of Warwickshire, but why had all but one of these gone...or had they? 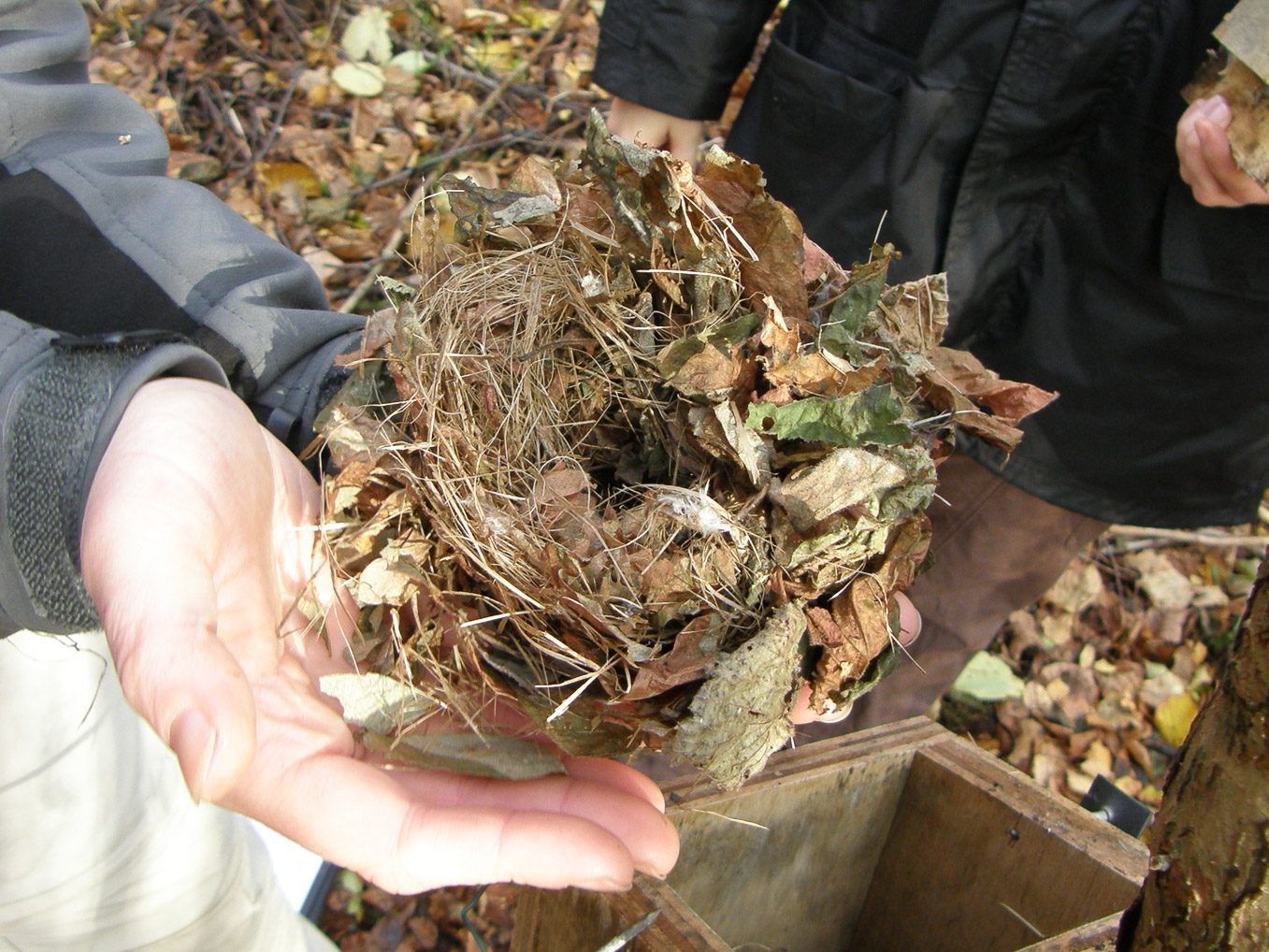 How could I find out? I sought the help of the People’s Trust for Endangered Species for a grant to buy some nest tubes to install in the other five woods. These are corrugated plastic 3x3in tubes with inner plywood platforms that can be moved in and out though we initially used painted Tetrapak cartons with homemade platforms.  Dormice will frequently build a nest of leaves and stripped honeysuckle bark on the platform which must be a bit of a squeeze. They prefer the larger wooden boxes for breeding but at least the tubes can tell you whether  dormice are in a wood. A search in the leaf litter for hazel nuts nibbled in the ‘right’ way is another method of finding evidence of dormice but the statistic that 99 out of a 100 nut shells on the forest floor have been opened by other rodents is a bit off-putting.

Fortunately it is not difficult to enthuse people to look for dormice, even if it involves the laborious nut hunting, and soon the Warwickshire Dormouse Group was formed of people happy to get out of their offices at weekends and ‘network’ with like-minds.  After getting the essential permission to access a wood, we would look for areas with fruiting hazel, usually at the edges of a wood or along a ride. Here there is more light for plant growth as the dormice will need the high calorie food of aphids, caterpillars, nectar and pollen when they come out of hibernation in May. We put the tubes up in April before any dormice would come out of hibernation, wiring them to horizontal branches at chest height which can be remarkably difficult to find. We then returned several times through the summer and autumn to check them for nests, taking someone with a handling licence with us in case we found a dormouse as it is a protected species. Several members went on to work for their own licences. 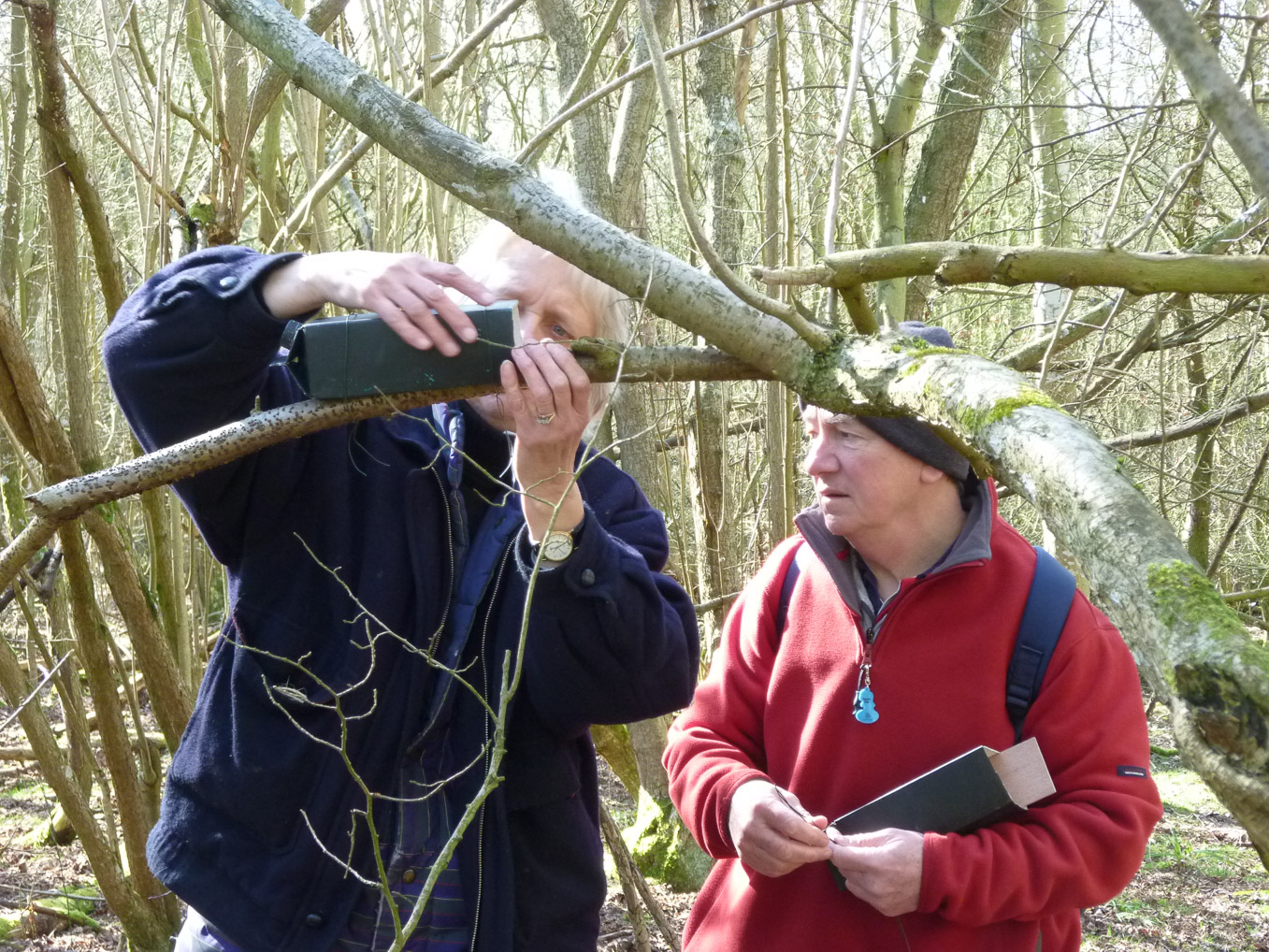 Sadly we never did find a dormouse in any of the 1000 tubes we installed. By 2016 we had not only checked the 5 woods positive for dormice in 2000 and found them now negative but also another 11 woods on the basis of anecdotal records. To make the situation worse, dormice had not been seen at the one remaining positive site since 2013. It seemed that the dormouse could be extinct in Warwickshire. 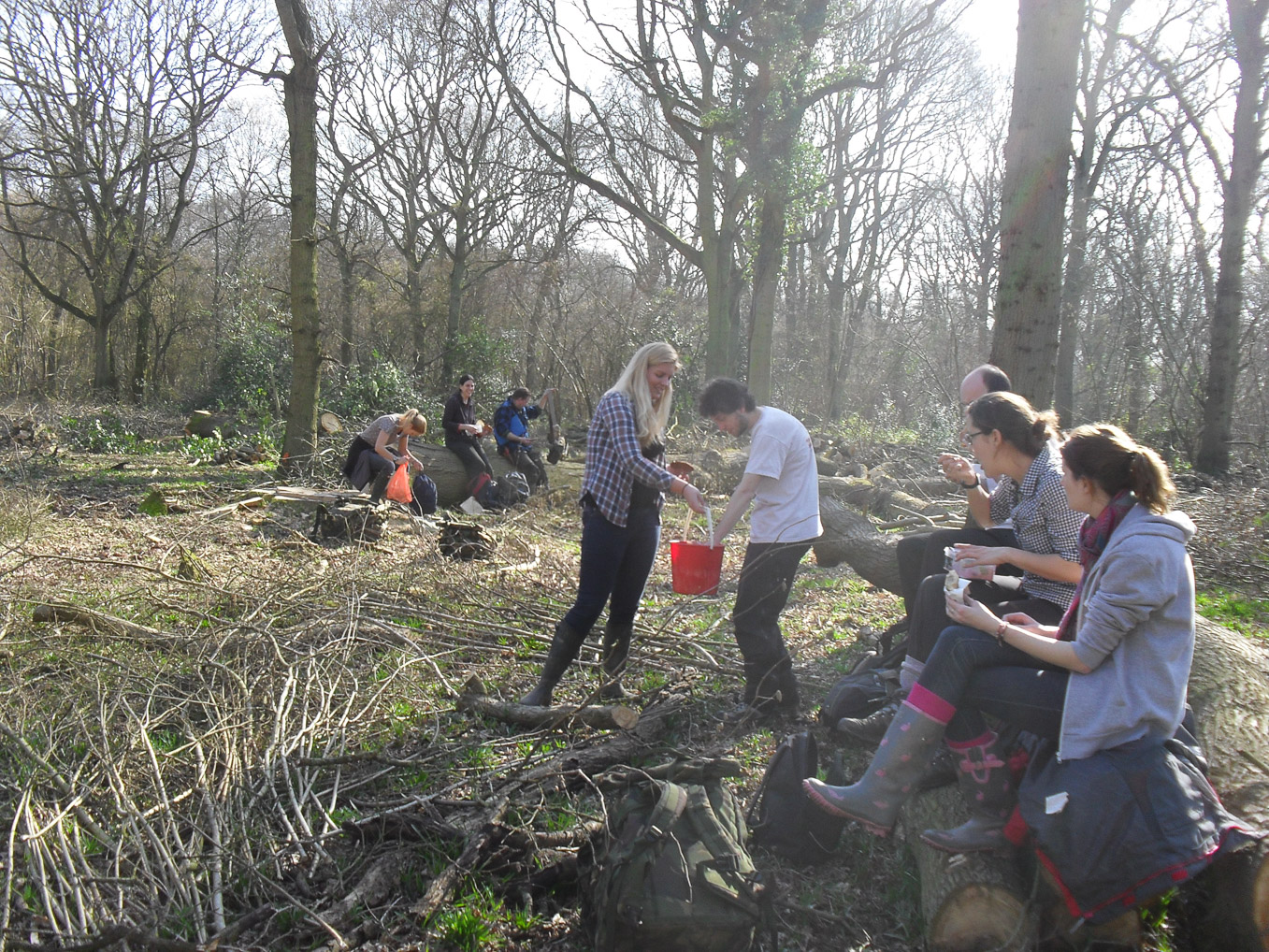 On the bright side, however, in 2017 I had the honour of having an article accepted by British Wildlife, cleverly titled ’Much Ado about Something: securing a future for Warwickshire’s Dormice’, as by this time the fortunes of the dormouse in Warwickshire had changed, giving our members an opportunity to see and handle dormice at last.

Thanks to the People’s Trust for Endangered Species, Warwickshire now has three introduced populations, all sourced from zoos and private breeders to give genetic variation. Back in 2009 the organisation had received the offer of a privately owned wood for an introduction which was monitored entirely by the owners and their friends and remains today a very successful population and dispersing along the hedgerows. I am so grateful to the owners of this wood for giving me my happiest dormouse experience...of enabling an elderly gentleman to achieve his life-long wish and see a dormouse. 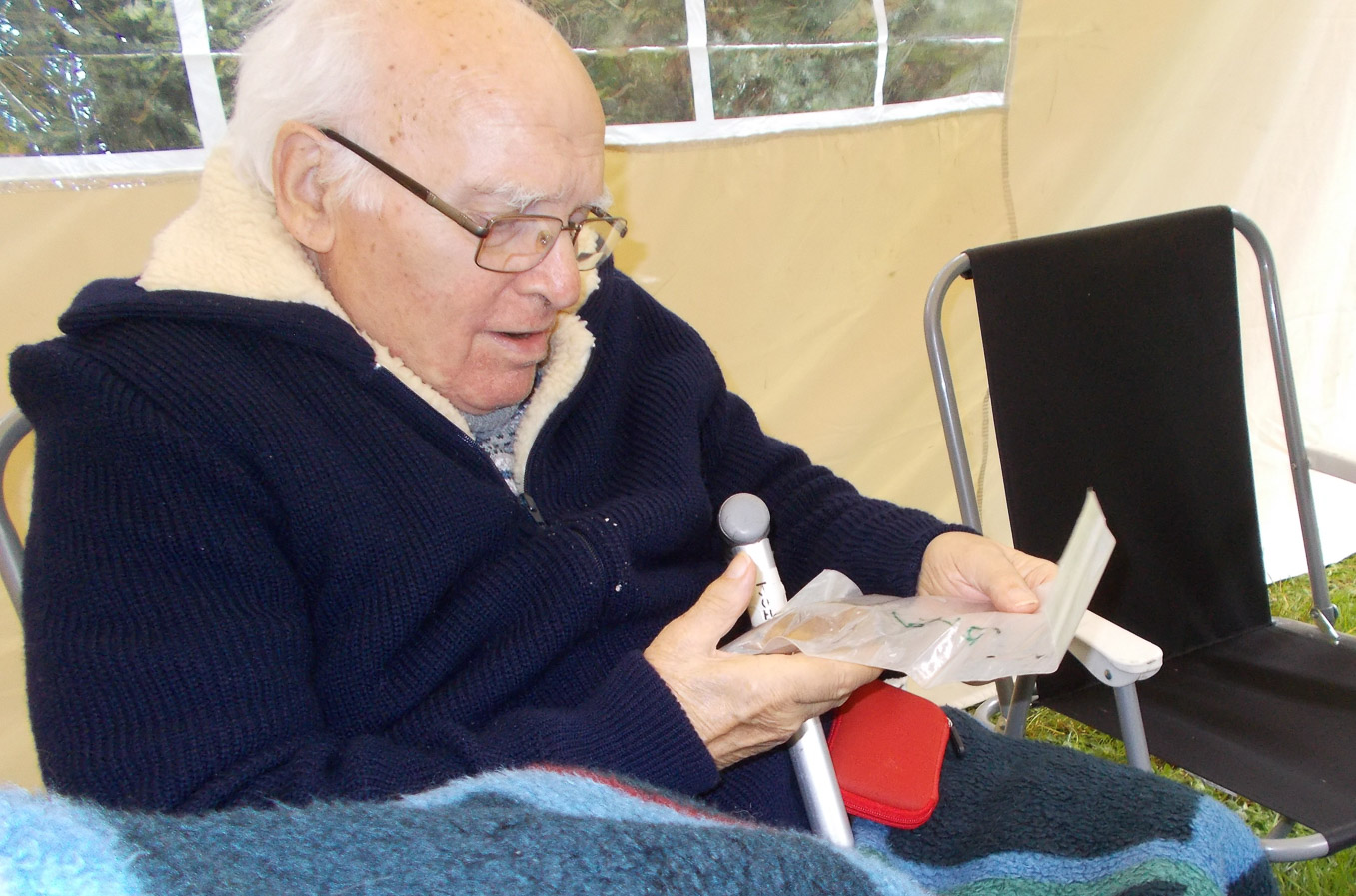 When the People’s Trust for Endangered Species returned to Warwickshire in 2017 and 2018 to carry out two further introductions in another part of the county the Dormouse Group came back to life.  This was exciting stuff, our own dormice at last!

The introductions were hosted by the Warwickshire Wildlife Trust as they were in two of their reserves to the east of Coventry.  These adjacent woods had already had many years of management to restore them to coppice which is the type of habitat that dormice do best in. They thrive in the low growing woodland with a diversity of species and continuous above-ground routes that are created by long-rotation coppicing. The other essential habitat requirement is the connection of such woodlands by good quality hedgerows, adding up to the long-term woodland strategy that the Trust is committed to.

In June 2017 the first batch of dormice arrived to the great excitement of members of the Dormouse Group. Elaborate rotas ensured the successful establishment of 19 breeding pairs in their nest boxes in huge wire cages. Many of our members were now seeing a dormouse for the first time as they supplied fruit and nuts daily through a hatch in the cage.  After a few weeks the cages were left open so that the dormice could move out into the woods and look for food themselves. The feeding routine became three times a week, twice a week, once a  week and then ceased and the cages removed.  Some of the dormice chose to make their own nests in the surrounding vegetation while others used the wooden boxes that had been erected prior to their arrival on tree trunks around the wood.  To everyone’s huge relief, box checks revealed that breeding had taken place! A year later, the process was repeated in the second wood and again breeding occurred. 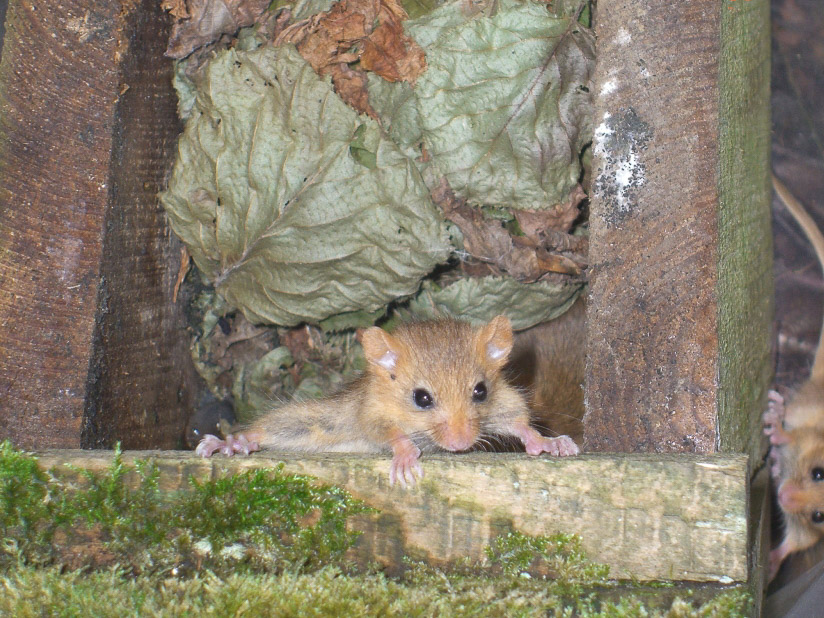 The Dormouse Group continues to assist with the monitoring of Warwickshire’s new dormice as a sub-group of the Warwickshire Mammal Group and several members now hold a handling licence.  It just shows what you can achieve with enthusiasm and persistence...and a love of wildlife and the countryside.

But  why have dormice become so scarce?  Having been present in almost every English and Welsh county in the 19th Century they have disappeared from half their former range.  In the six Midland counties from Staffordshire to Hertfordshire they are now rare and only remain common in southern England and Wales.  It is believed that the loss of coppiced woodland and hedgerows and the fragmentation and deterioration of the remaining woods and hedges all contributed to the early decline of this charismatic rodent, more closely related to squirrels than mice.  Although coppicing of woodland has recently become a more popular form of management, and better management of our remaining hedgerows is more common, it is possible that climate change can disrupt the hibernation cycle by causing dormice to wake too often in warmer winters and use up fat reserves. In cooler summers when there are fewer insects, fruits and flowers they can be short of food. 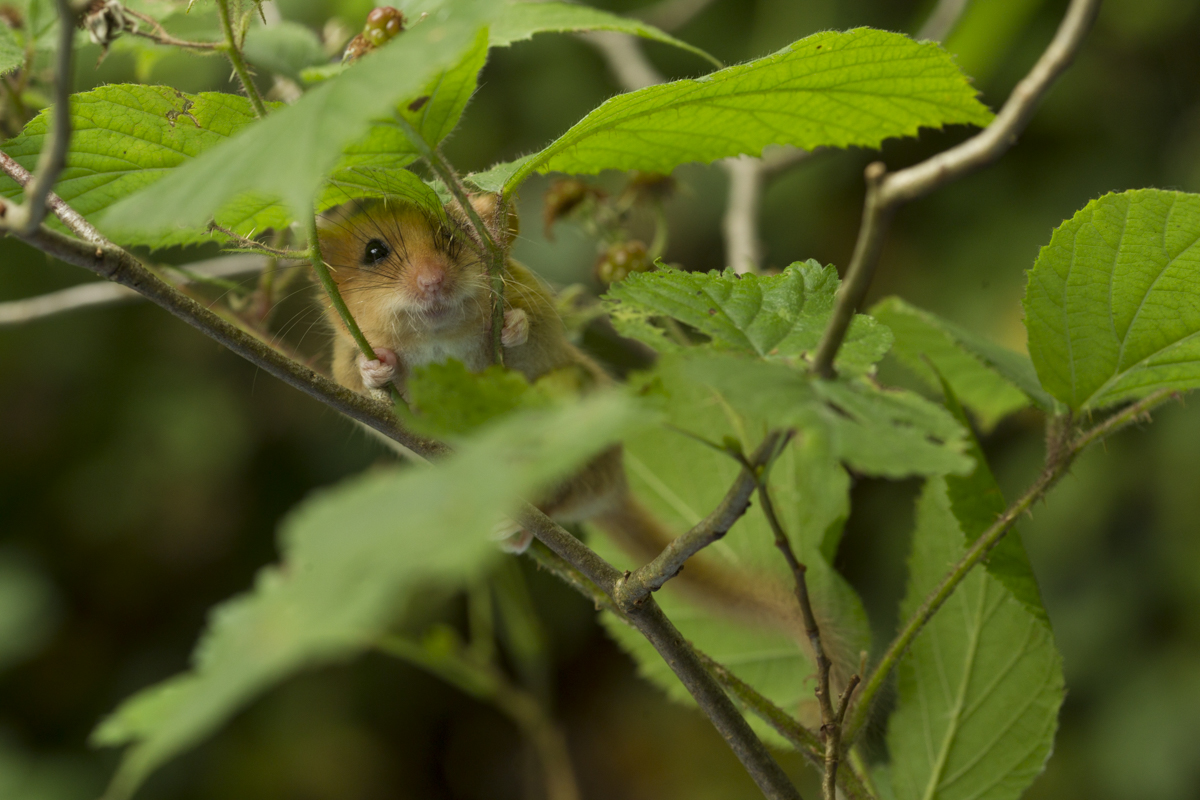 If we can enable our three new populations to disperse by the creation and restoration of hedgerows between existing woods, and the appropriate planting of more woodland, Warwickshire could become one of the most important counties for dormice in the Midlands.