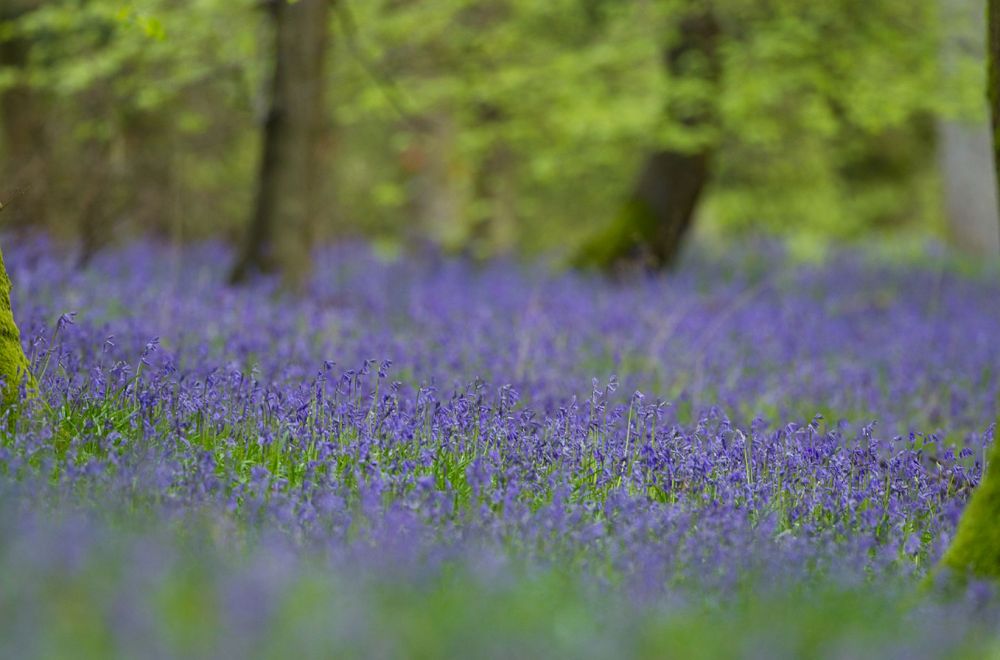 British woodlands can host an amazing array of beautiful flowers, check out the most familiar with this photo guide

Spring starts early in a British woodland with flowers racing to bloom before the trees cut the light with the leafy canopy of summer. A walk in the woods at any time between February and May will provide observers with an ever changing array of beautiful species.

To help identify the more common and noticeable of them here is a quick guide. 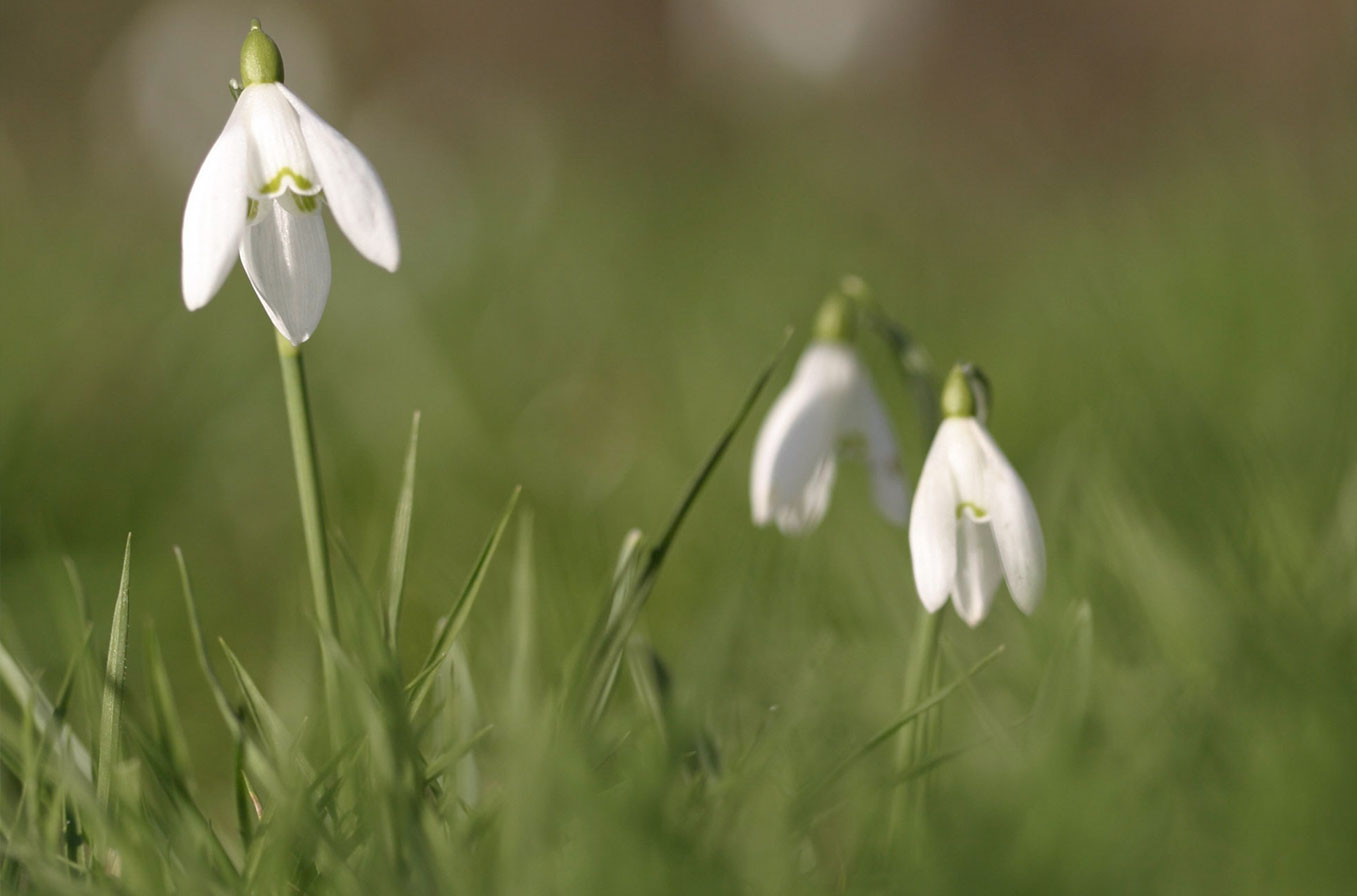 Snowdrops are the first of the flowers to come out and are often found peeking through the snow as early as January. Where conditions are right they can form carpets of green and white. As a winter favourite they are often cultivated and encouraged and some country houses and gardens run snowdrop walks. 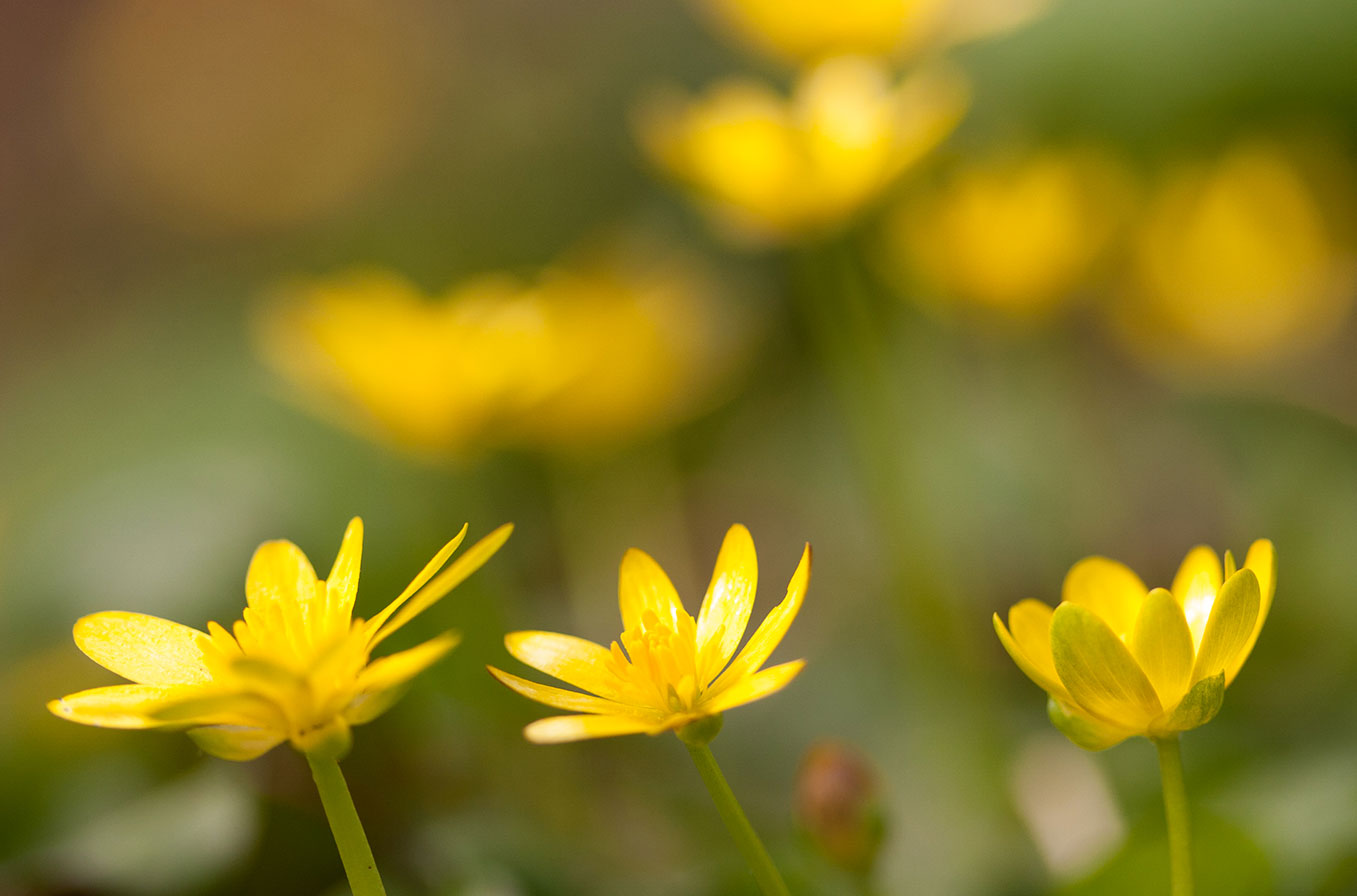 The lesser celandine is a low growing member of the buttercup family and its 8 or 9 bright yellow petals stand out against the thick dark green leaves. It prefers damp woodlands but can be found in hedgerows and even mature organic gardens. 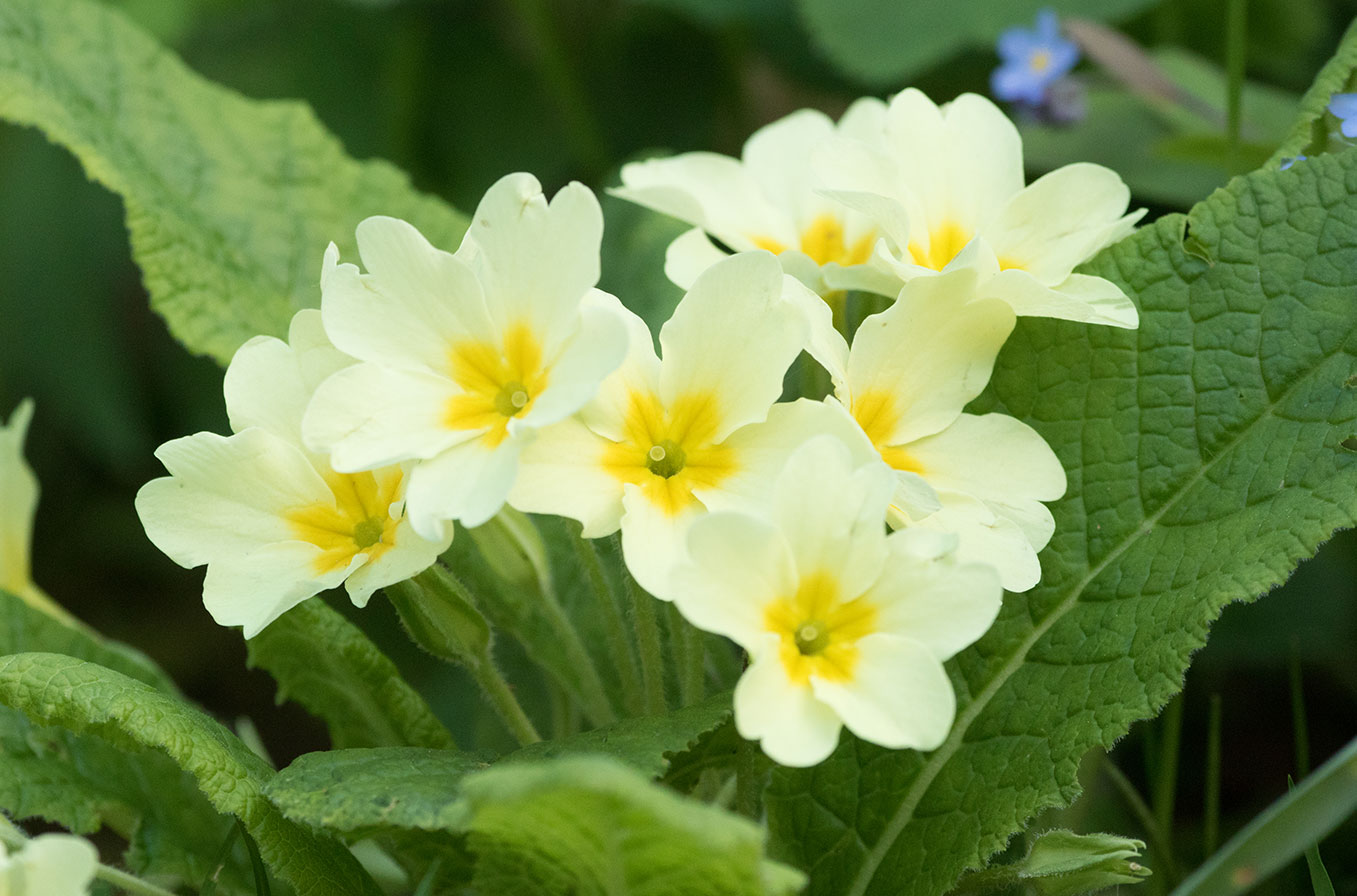 Primroses are a flower that most people would recognise and one that is often considered a garden plant, indeed many of the other family of primulas have been developed as border favourites. The common primrose though is always pale yellow in colour with darker centres to the flower. Primroses love deciduous woodland and thrive on nutrient rich soils found under the leaf litter. 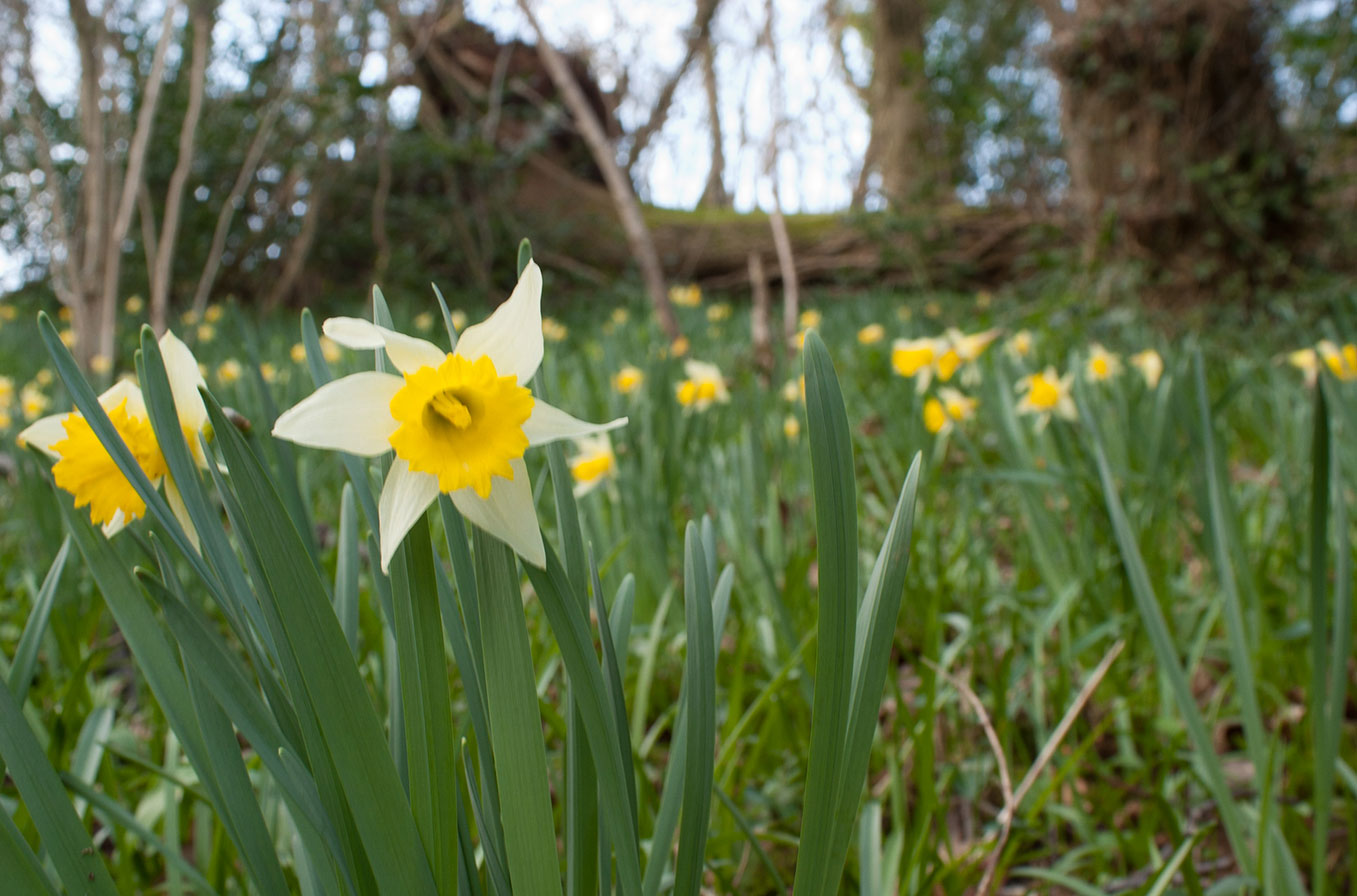 A firm favourite at Mothering Sunday daffodils are a woodland specialist rarely found away from the trees. Those that adorn roads, gardens and the tubs at the petrol station are a domesticated variety, true wild daffs are quite rare now and need to be sought out. Their delicate flowers and narrow leaves though make them easy to pick out and where they do thrive they can form carpets of yellow. 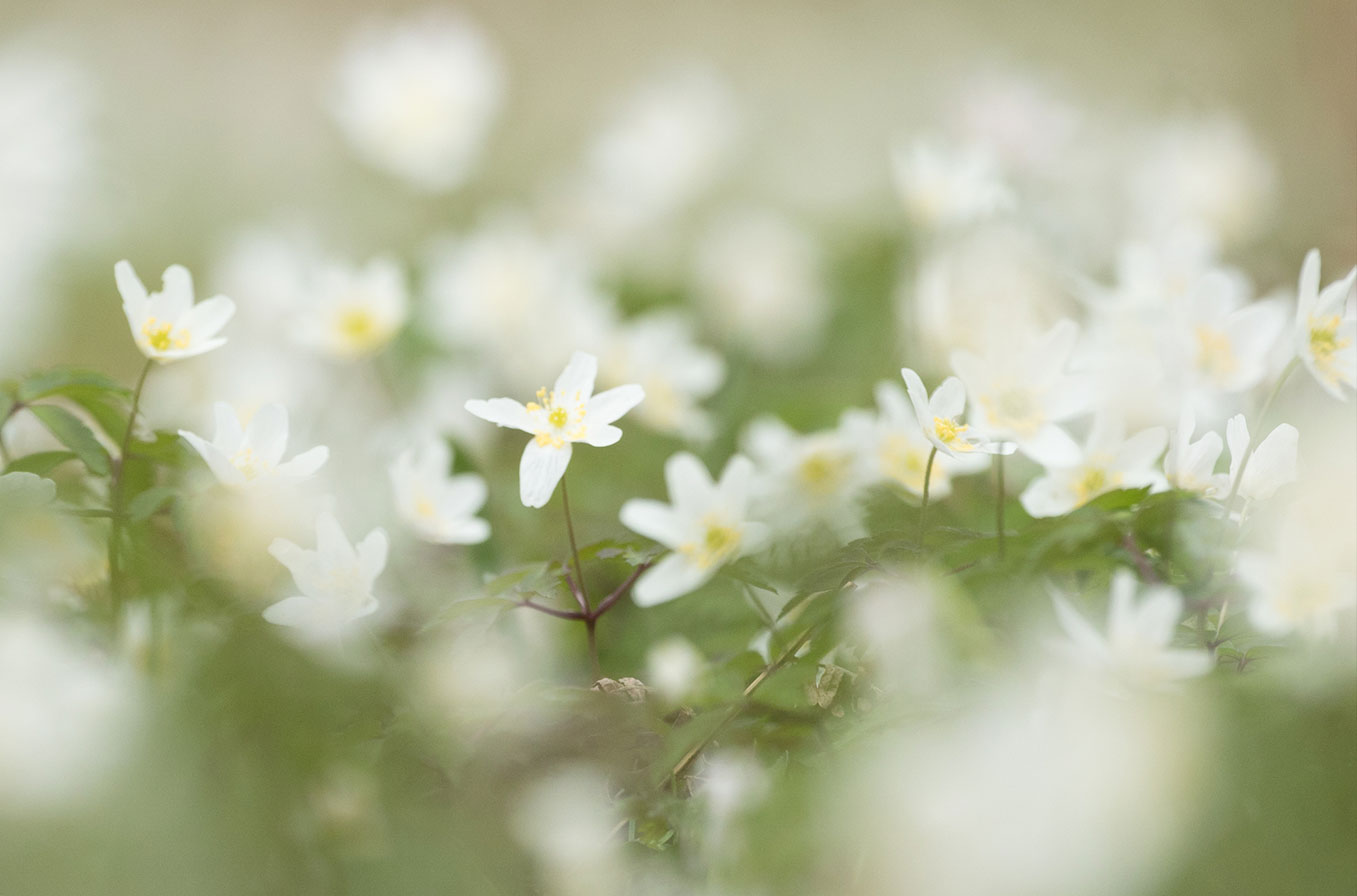 Another woodland member of the buttercup family, wood anemones lack the yellow of their cousins . It is none the less though a spectacular flower though and can provide carpets of interest. The flowers spread primarily through their roots rather than seed so abundance is a good indicator that the area has always been woodland or at least for a few hundred years. 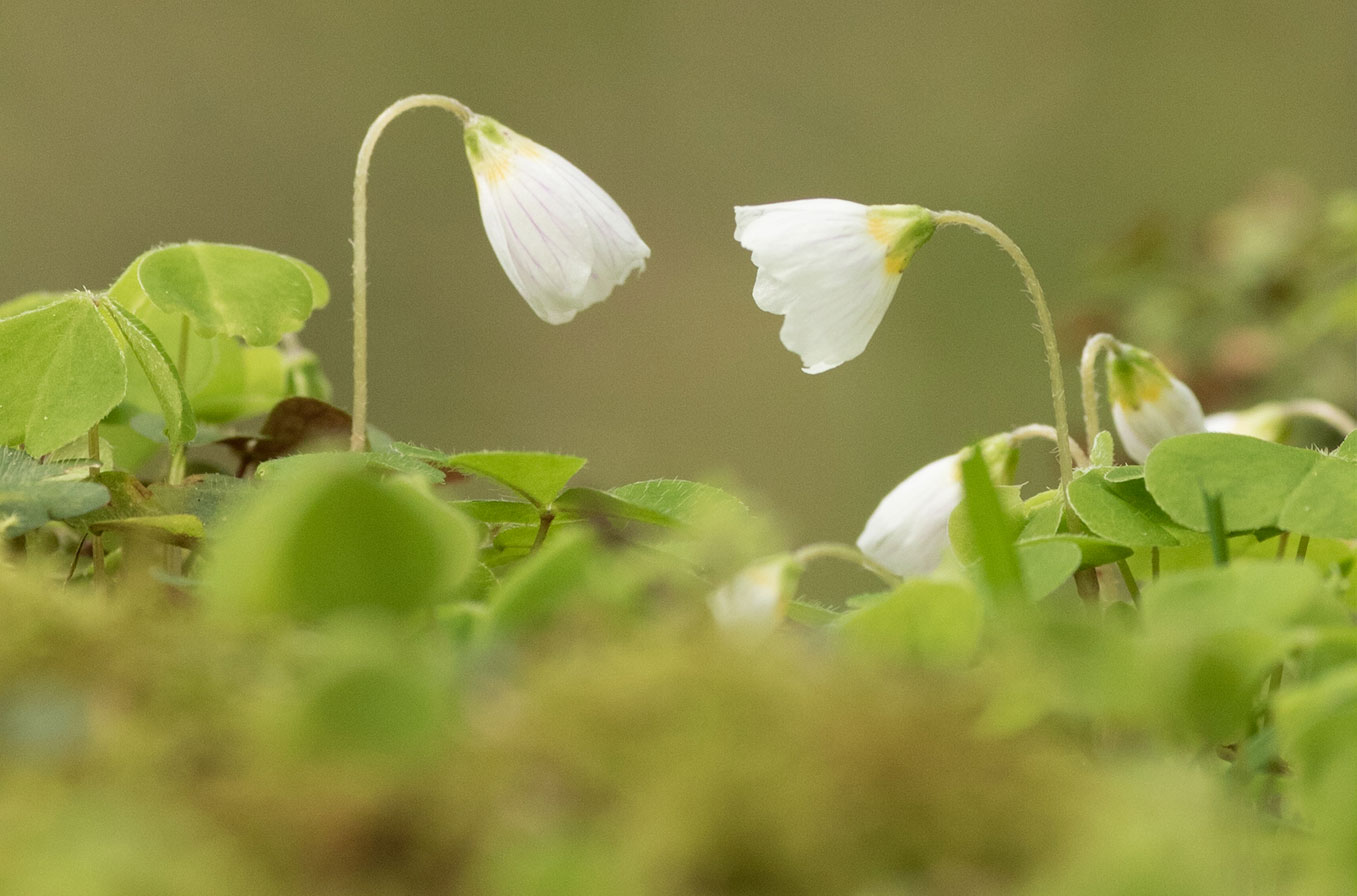 Wood sorrel is easily recognised by dainty white flowers and clover like leaves. It loves the company of moss and can often be found growing in stumps or on fallen branches. It will sometimes even find its home in the clefts of living branches and forms a very attractive posy of flowers offset by the green leaves and mosses. The leaves contain oxalic acid and so taste of citrus and can be added to salads. 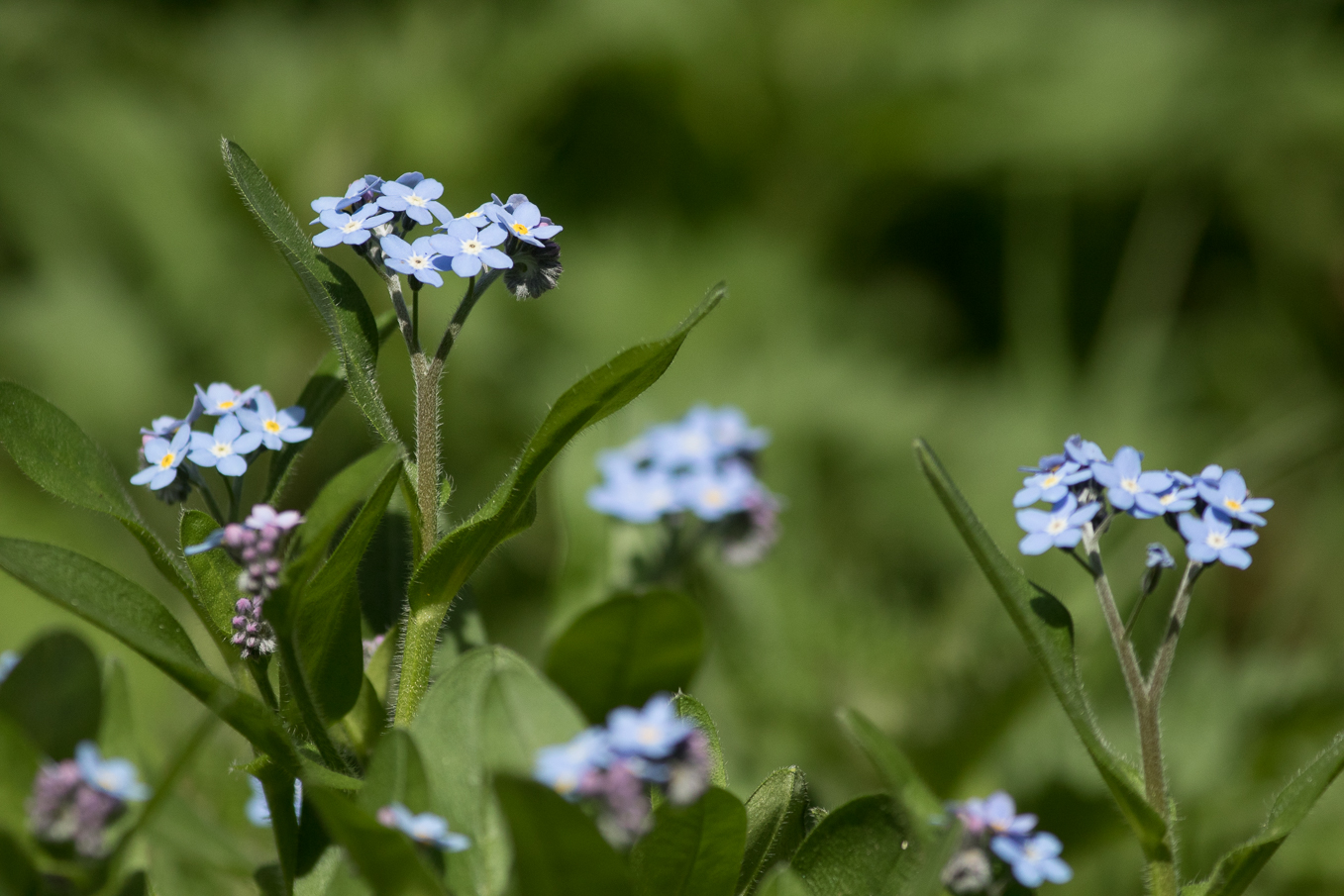 This abundant plant, common is in gardens and escapes readily into adjacent habitats. It is frequently encountered in hedgerows and woodland fringes and rides. It is easily identified by its small blue flowers which occur in clusters. not to be confused by green alkanet which has similar individual flowers (see later). It is a favourite of bees and also the bee-fly, a fascinating bee mimic and parasite. 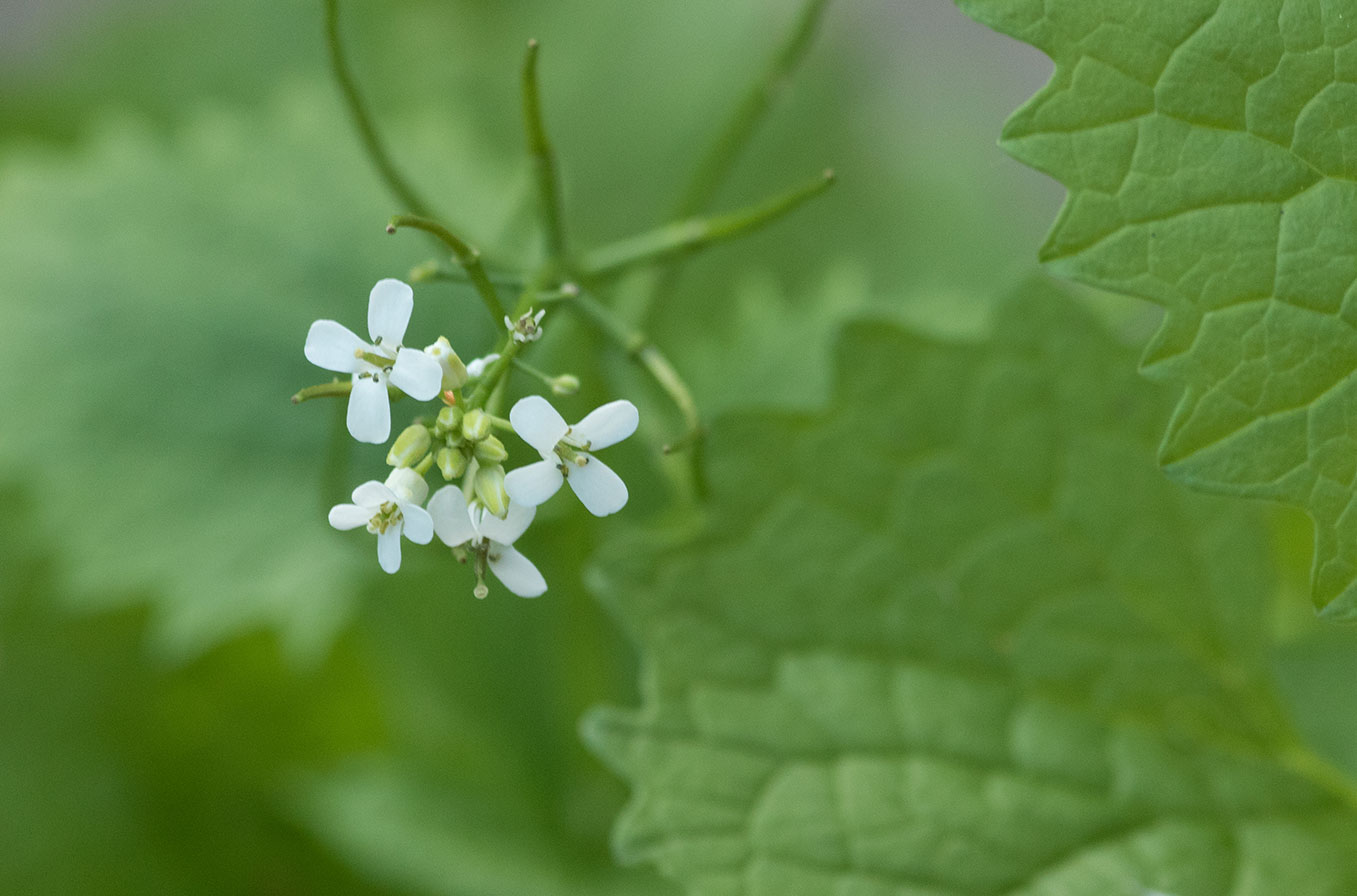 Garlic mustard is another edible wildflower of woodlands and hedgerows, the crushed or chopped leaves giving off a garlic like smell and the leaves and flowers have been used for thousands of years as a flavour giving spice. They are one of the taller woodland plants and the clusters of small white flowers have a mustard like taste and chopped can be used to create pesto. Yellow archangel is another plant that is often referred to as an ancient woodland indicator. It is a non stinging member of the nettle family and has hairy nettle like leaves and a beautiful yellow orchid like flower. Unfortunately like some other members of the wild flower community it has been affected by the escape from gardens of a variegated cultivated variety and pure archangel can be hard to see. 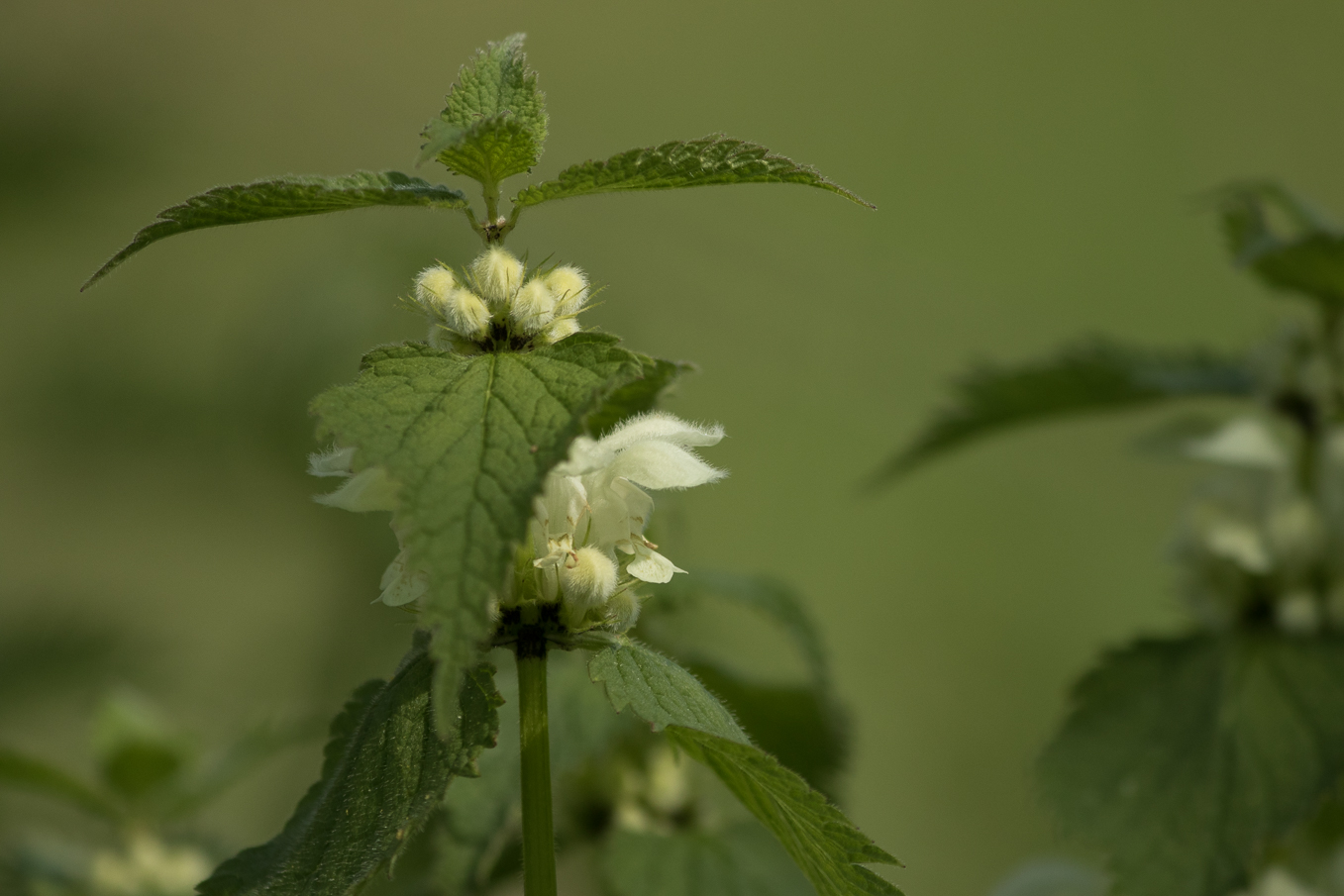 Another non stinging nettle and closely related to yellow archangel white dead nettle is far more common and encountered in most woodlands and many hedgerows. Both leaves and flowers are edible and the leaves are favoured by several invertebrate species including the wooly bear caterpillars of the garden tiger moth. 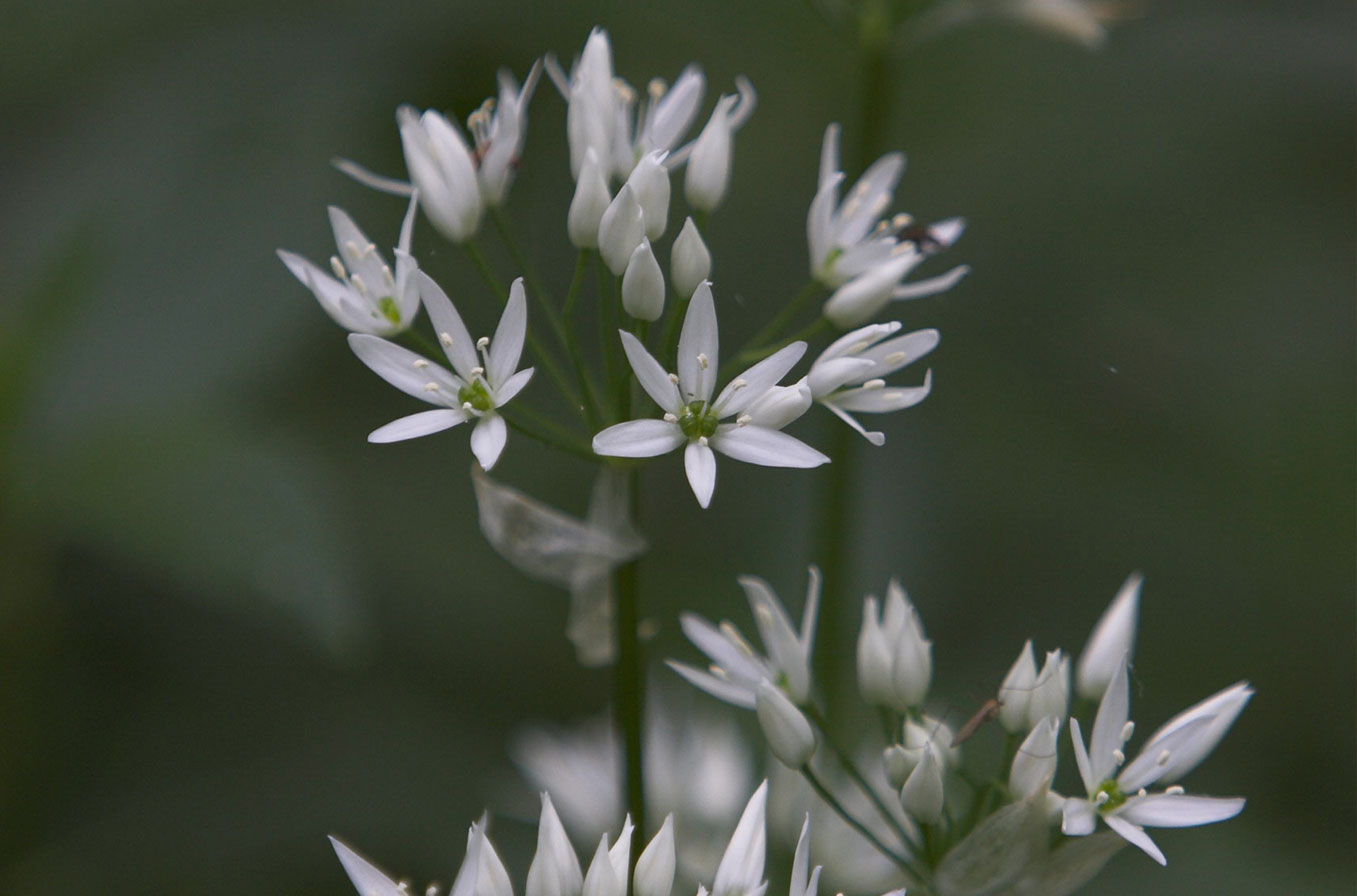 Wild garlic also known as ramsons are what gives the wild spring wood its pungent familiar smell. The large broad leaves topped by a magnificent globe of white flowers are unmistakeable and can carpet woodlands where wet rich soils support this plant. The leaves and flowers are some of the most popular harvests for those dabbling in wild foraging and are simply wilted, chopped or blitzed into a wide variety of recipes. Like other members of the allium family the flowers are an important nectar source for early flying bees and other insects. 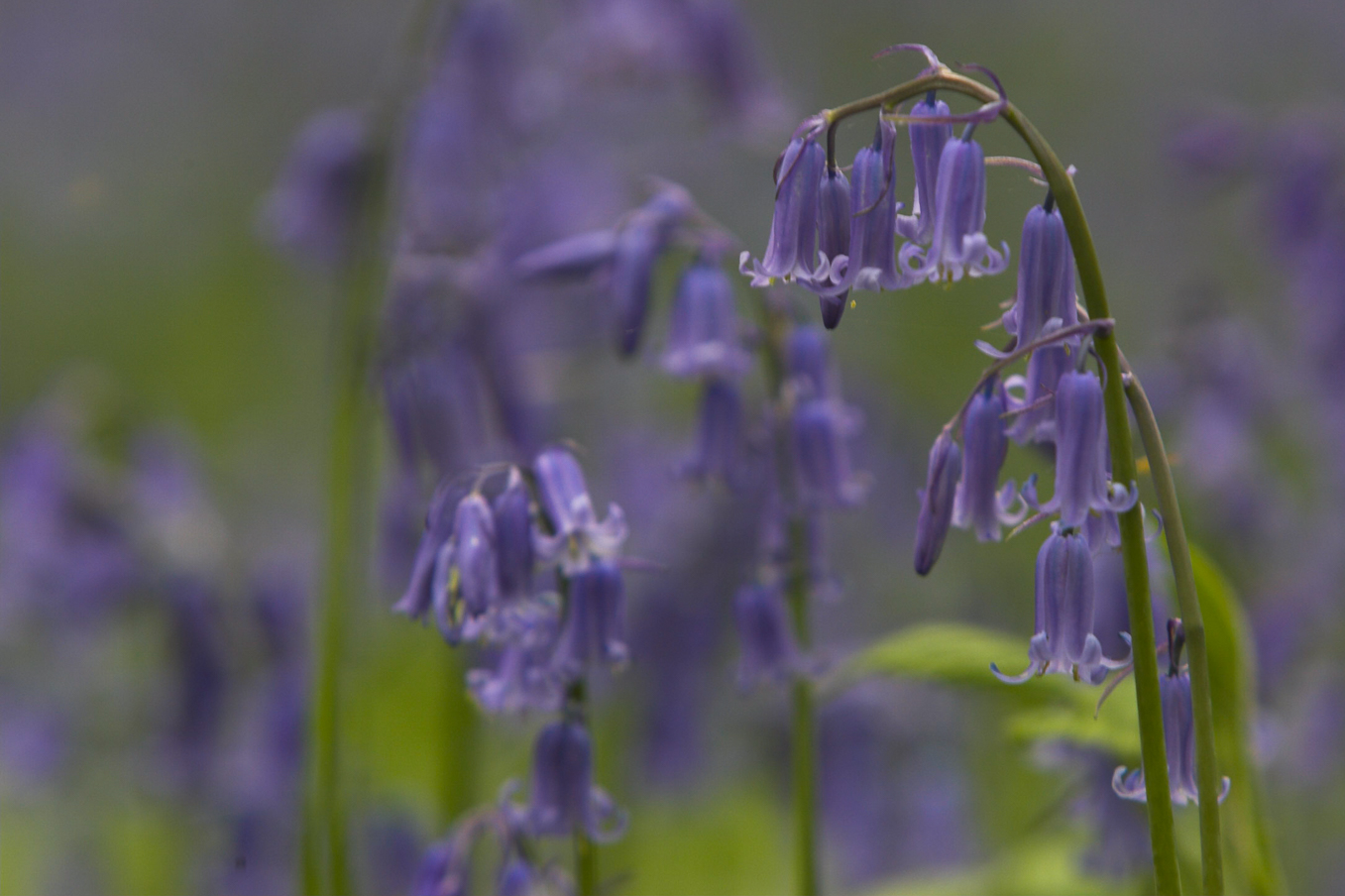 The bluebell is surely the most popular and recognisable of all the woodland flora and probably vies with the poppy as the most popular of all wild flowers. Indeed a single bluebell flower is an ornate and delicate thing and its hyacinth perfume is often incorporated into soaps and air fresheners. It is the bluebells habitat of forming groups, clumps and at its best; endless carpets that really elevate it to king of the woods. An ancient woodland indicator, bluebells sometimes occur on ancient hedgerows in mature gardens. It sometimes hybridises though with the introduced spanish bluebell which has a bigger and thicker leaf and flower. This hybridisation along with illegal picking and loss of habitat means that the bluebell is a plant of conservation concern Red campion is a sure sign of summer as it is a flower of the warmer months. A member of the pink family this is a vibrant coloured flower found in sunny glades or woodland or hedgerow edges. If conditions are good for it the red campion can form beautiful carpets of rich pink. 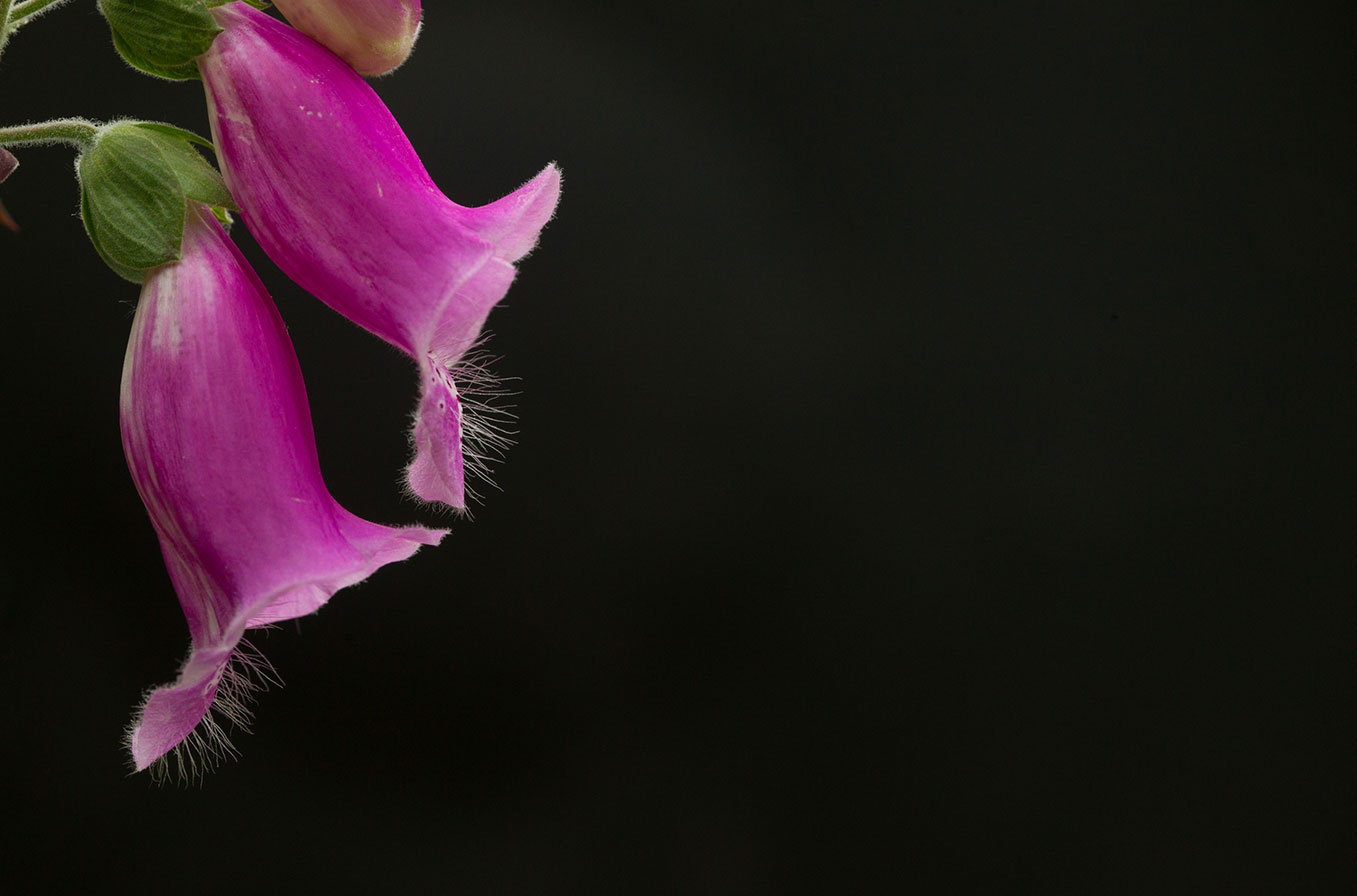 Foxgloves are distinctive tall and instantly recognisable herbs. The large bell flowers and other parts of the plants are poisonous but without doubt the nectar is valued by many insects and the echo of a buzzing bee lost deep inside the flower is testament to that. Favouring clearings and woodland edge they can sometimes find the shade they seek from high hedges, dry stone walls and outbuildings. 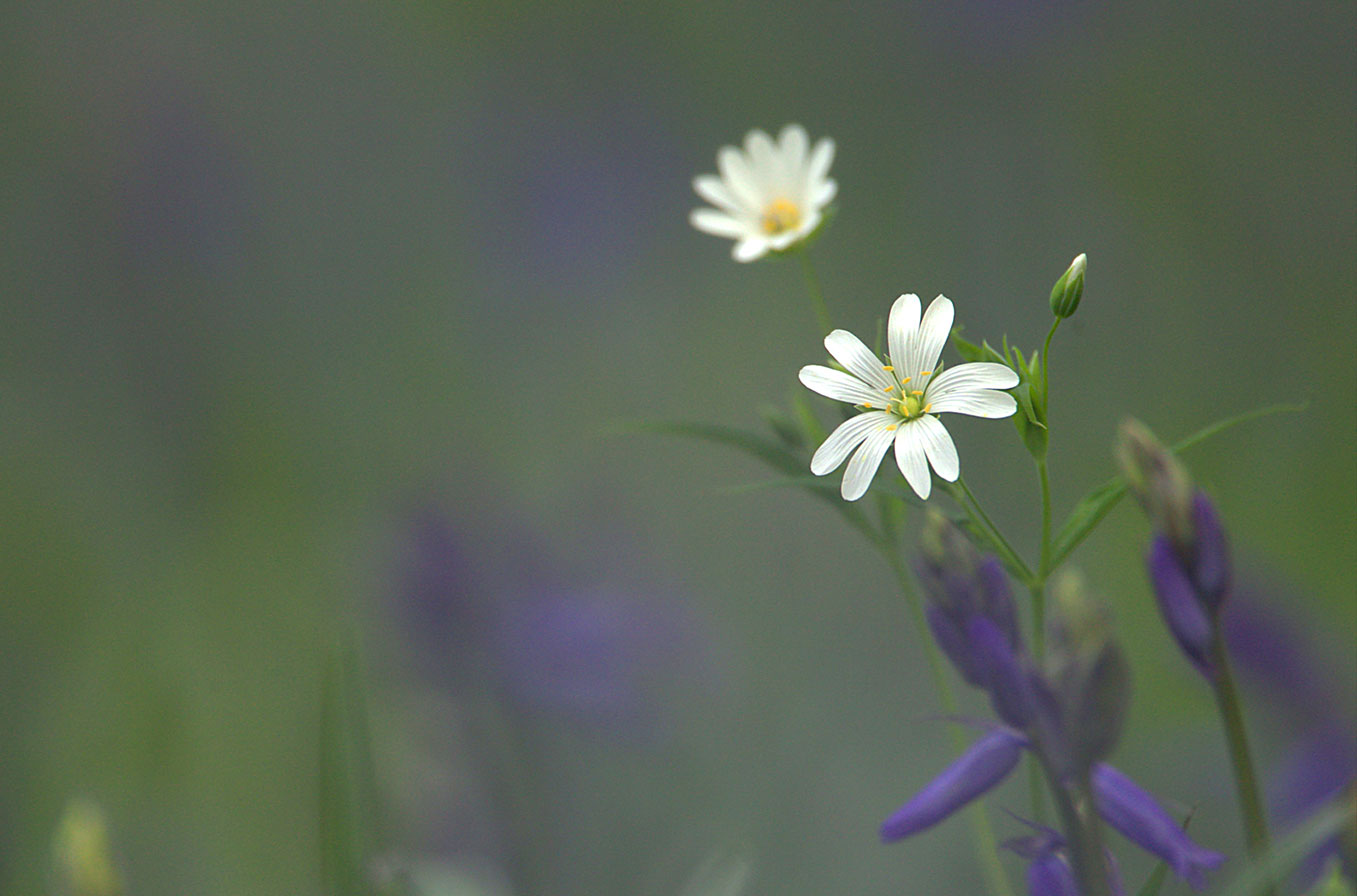 Greater stitchwort can be separated from other white flowers by its split 5 petals. The diminutive lesser stitchwort (Stellaria graminea) has small flowers that are rarely more than 1cm across whilst the greater is a much more noticeable plant with 2-3cm diameter blooms. 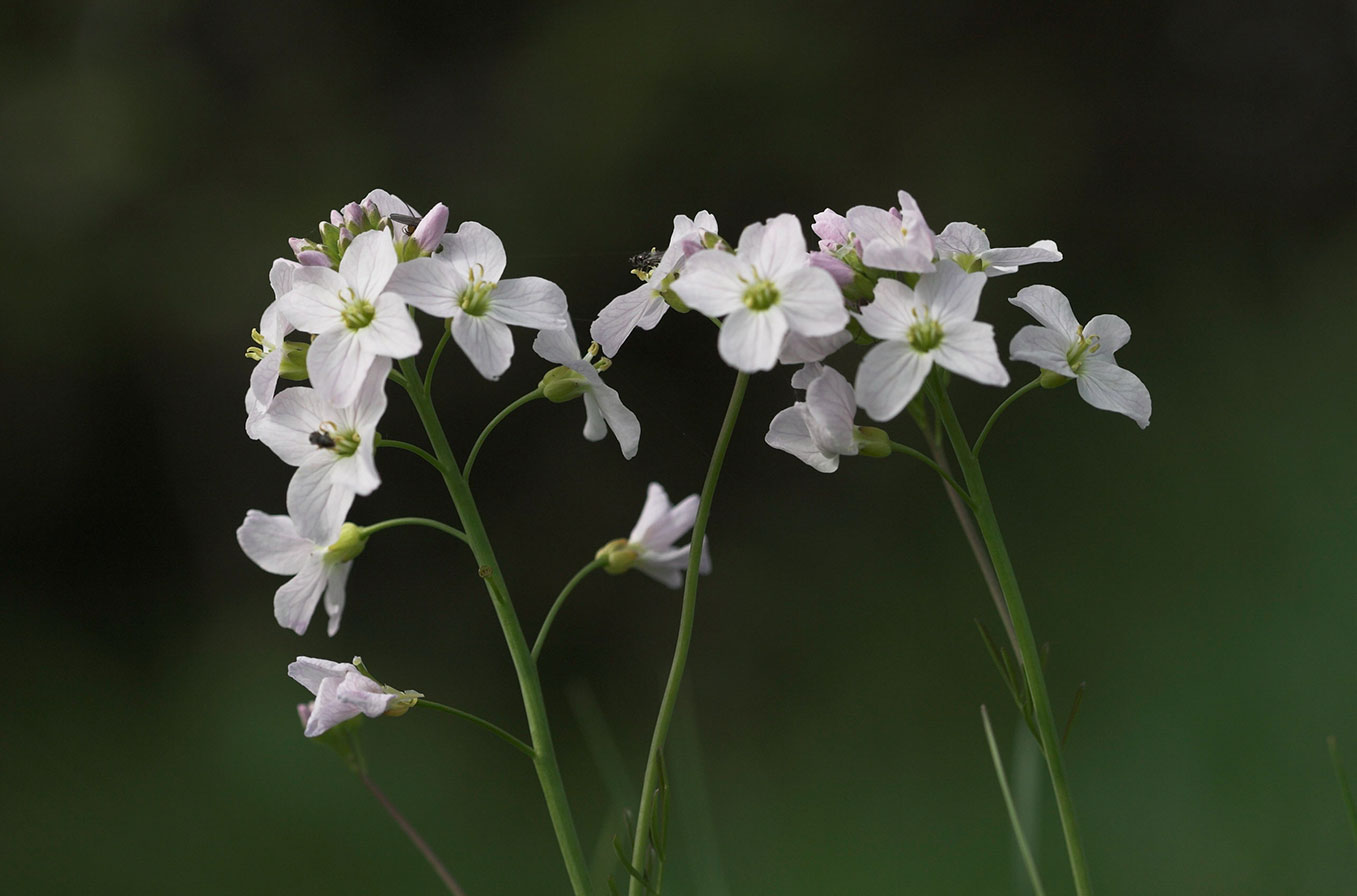 Cuckoo flower or lady’s smock loves damp ground and can be found singly or in abundance. It is an early nectar source for many insects and one of the main food plants for the caterpillars of orange tip butterflies (look for the tiny orange eggs underneath the flowers) It was named as it was thought to herald the arrival of cuckoos and therefore spring. 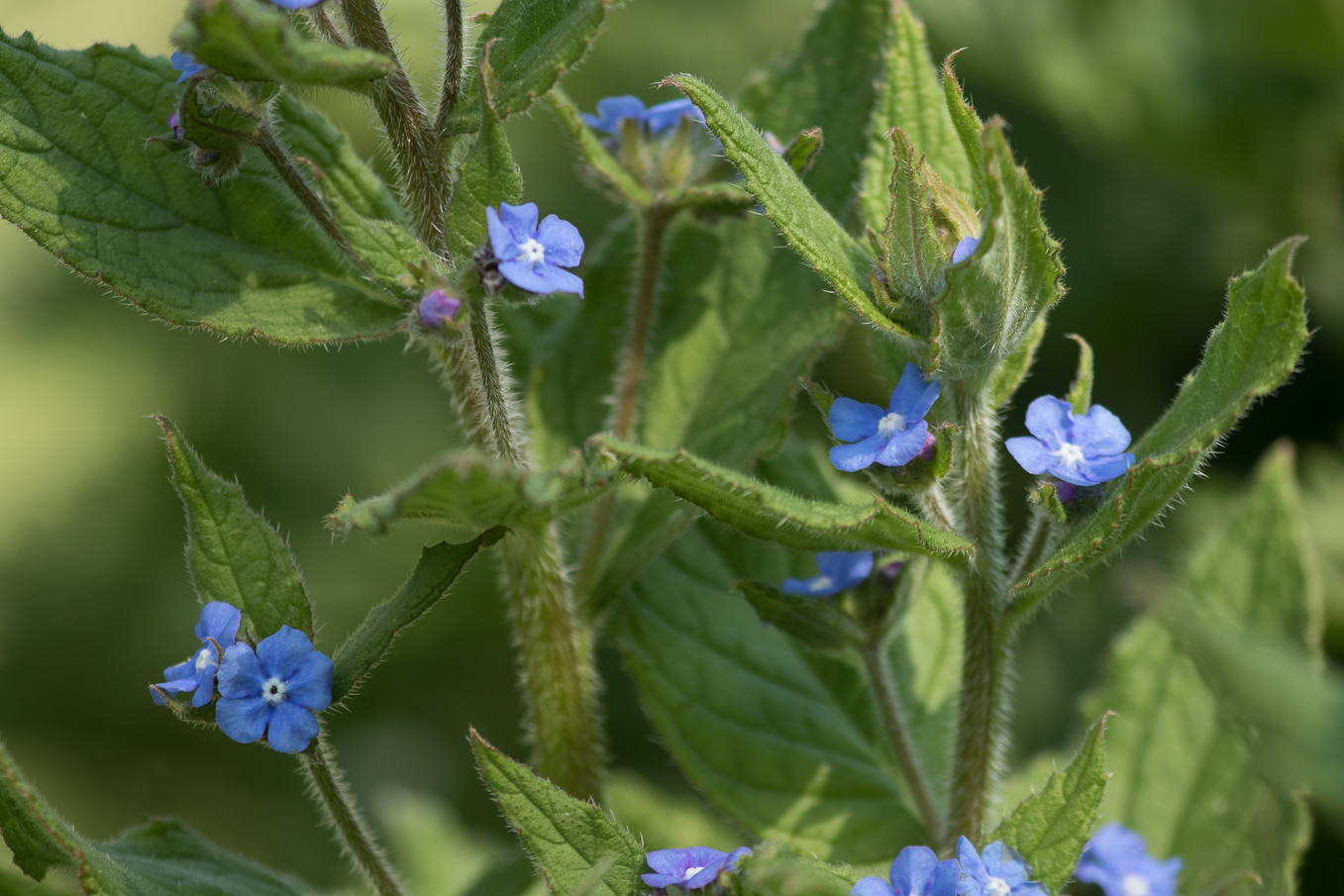 This large and common plant in the same family as forget-me-not has distinctive small blue flowers with pale centres. These are set in dark green hairy leaves and the stems are also hairy. the flowers are irresistible to many species of insect and the petals a target with a nectar rich centre. Bees and butterflies will test every flower in search of food.

Enjoying wildflowers in the countryside is easy, look smell and take in the view but please don’t pick or disturb them. Most wild species can be bought from reputable wild flower specialist nurseries so there is no need to harvest them for your garden and picked flowers soon lose their form and are best left where they belong. Think too about what you introduce to your borders, many species such as bluebells and daffodils readily hybridise with non native varieties and this is threatening them in the wild. Go for natives carefully sourced.

If photographing flowers anywhere in the wild be careful not to damage or disturb the surrounding vegetation. If you cant quite get the perfect view from the path, move on and try again somewhere else.

Use the comments below to let us know your favourite sites for bluebells and other woodland flowers. Finally check your calendar and make sure to reserve a date to get out and smell the bluebells, they only flower briefly and if you don’t make the effort you'll have to wait another year!