The circle of life

I am seeing a lot of social media posts at the moment about people horrified by the actions of predators especially in gardens.

It can be hard to see predators catching prey especially animals and birds that we have a connection to such as those we feed in our garden. We feed the birds through the winter, put up nest boxes and are delighted watching the blue tits going to and fro feeding their growing young. When the local Magpie picks off a nest full of blackbird we cry foul and call it evil and cruel but the truth is that is it no more these things than the great tit that decimates a brood of moth caterpillars.

There is a valid debate about whether some of these predators have become more common alongside our own impacts on the land and in some cases a lack of top predators such as Goshawks may have led to medium predators becoming more successful but this is a separate discussion and one that doesn't mean that magpies and sparrowhawks are the baddies and that blue tits and blackbirds are goodies! 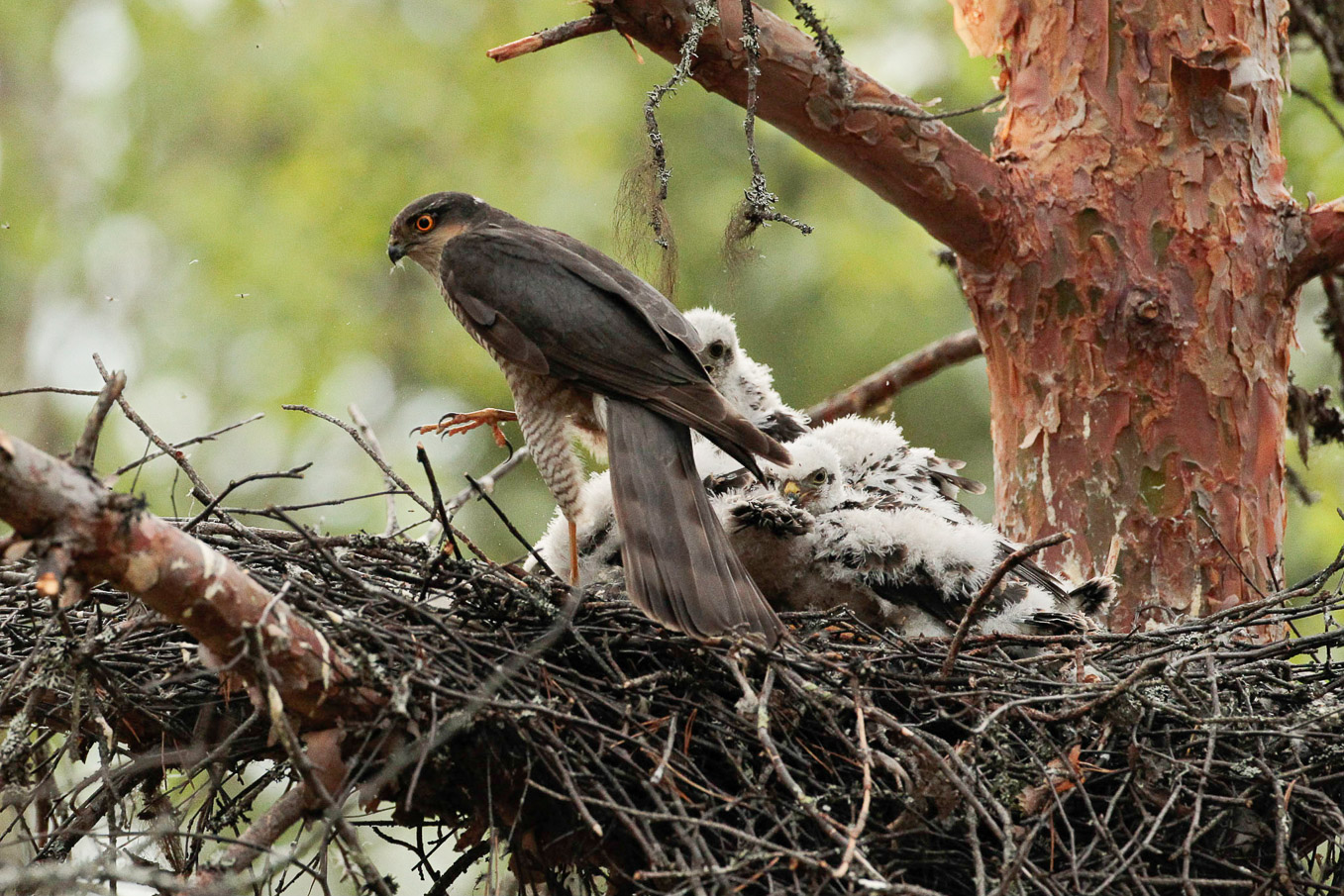 The fact is that many garden bird species continue to do well and have evolved strategies to cope living alongside predators. A pair of blue tits might have over 20 offspring over their lifetime (and some considerably more) and have evolved such prolific breeding in order to cope with the losses and still replace themselves. Without predators, disease, hard winters and other hazards blue tit numbers would grow to the extent that they would use up food resources and starve. They would also impact other species that might compete for next holes such as pied flycatchers (in suitable woodland).

And it has always been like this, oak leaves unfurl as the days warm and get longer, moths lay their eggs so that the caterpillars can munch on these leaves and tits time nesting to utilise these abundant insect prey. Sparrowhawks then nest  to coincide with the emergence of young birds who are easier to catch.

If like me you are lucky enough to have top predators visiting your garden try not to be too upset and be proud that you have supported a full food chain! Though all that said I for one won't judge you if you do mutter under your breath at that bloody magpie!