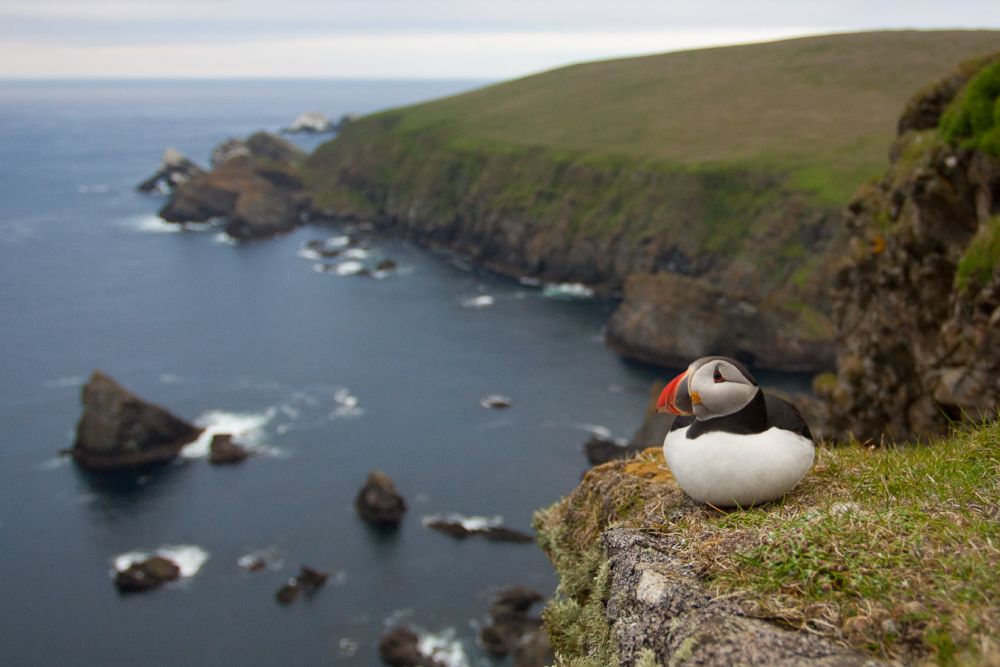 How and where to see puffins in the UK

Puffins are 'must see’ wildlife but as it takes a bit of effort and planning many people miss out. Here are the top tips to see them and some of the best places. 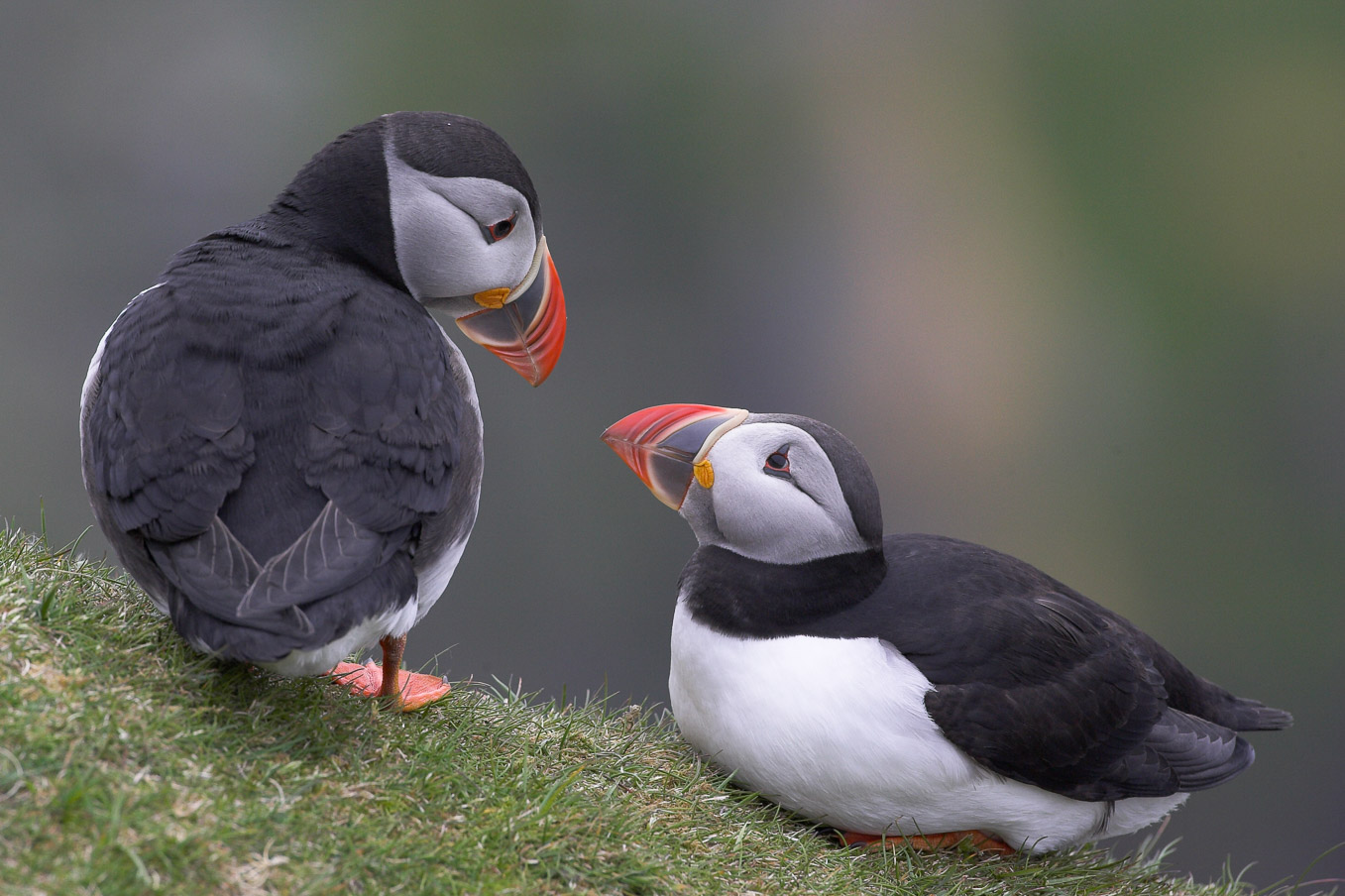 Puffins are surely the most charismatic of our British Birds and a quick look around any National Trust or RSPB gift shop will confirm their popularity. But despite their obvious appeal most people never actually get to see the clown of the sea, why?..

..Because it takes a little bit of effort. Puffins are not widespread in the British Isles and most colonies are on islands. They also only return to the land for a few short months of each year, spending most of their lives out to sea. With a bit of planning though anyone can get to see these marvellous birds and enjoy their beautiful plumage and comical antics.

When to see them

Puffins first return to their breeding ground during March to early April. The first few weeks will be spent pair bonding and excavating or renovating nesting burrows. After this, usually during May or June, the single egg will be laid and it is generally a quiet time at the colony as one bird incubates out of sight underground. The off duty bird is usually out fishing or standing around near the nest so not the best time to visit if you want to see action at the colony. 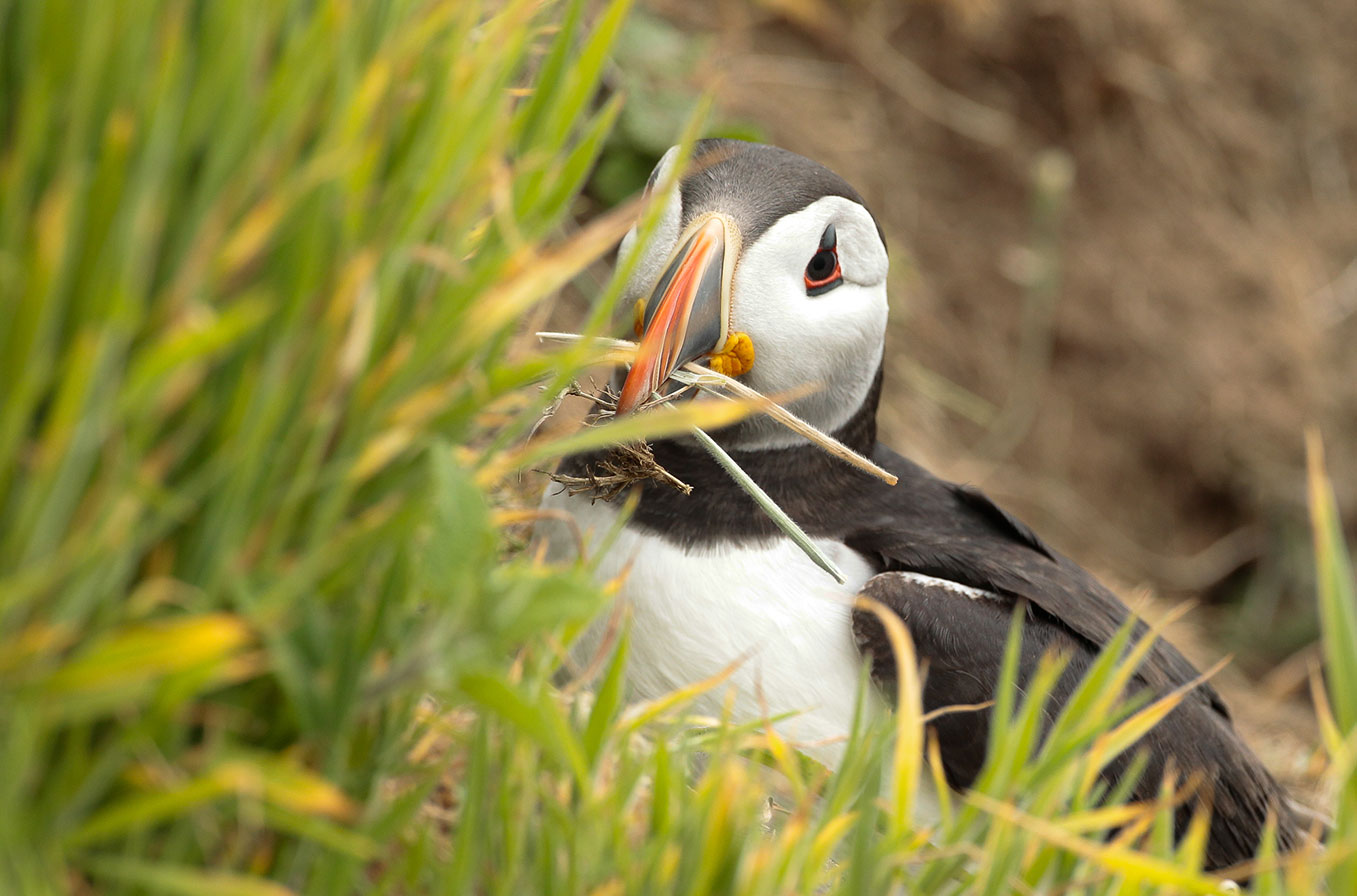 In the spring the returning puffins dig out and line burrows in which to lay their single egg.

The young pufflings hatch after around 40 days and then adults will be visiting regularly with fish keeping up with the demands of the growing youngster. As the nestlings grow and can be left, both adults will come and go and this can be a great time for watching the colony as beakful’s of fish are delivered underground. It is also the time when robbers and predators harass the commuting parents including gulls, crows, skuas and even peregrine falcons. This activity lasts for around 6 weeks until under the cover of night the young puffins leave the nest and head out to the relative safety of the open sea. Out there they will learn to fly, dive and hunt before returning aged five or six to breed themselves.

Where to see them in the UK

There are two main sites for puffins in England, Bempton Cliffs on the Yorkshire coast and the Farne Islands just off Northumberland. To fully immerse yourself in the seabird colony, the Farnes are hard to beat and puffins are numerous and close. There are also many other birds to enjoy including eiders and artic terns. Boat trips are run several times a day from the village of Seahouses, some visiting both Inner Farne and also Staple Island. Boat trips cost from around £20 and note that to land on the island a landing fee is payable to the National Trust who manage them (National Trust members are free). Landings are restricted to avoid too much disturbance so expect up to 2 hours on each island. Note too that there are no facilities on Staple island and limited facilities on Inner Farne. The fish and chips at Seahouses though are top notch! 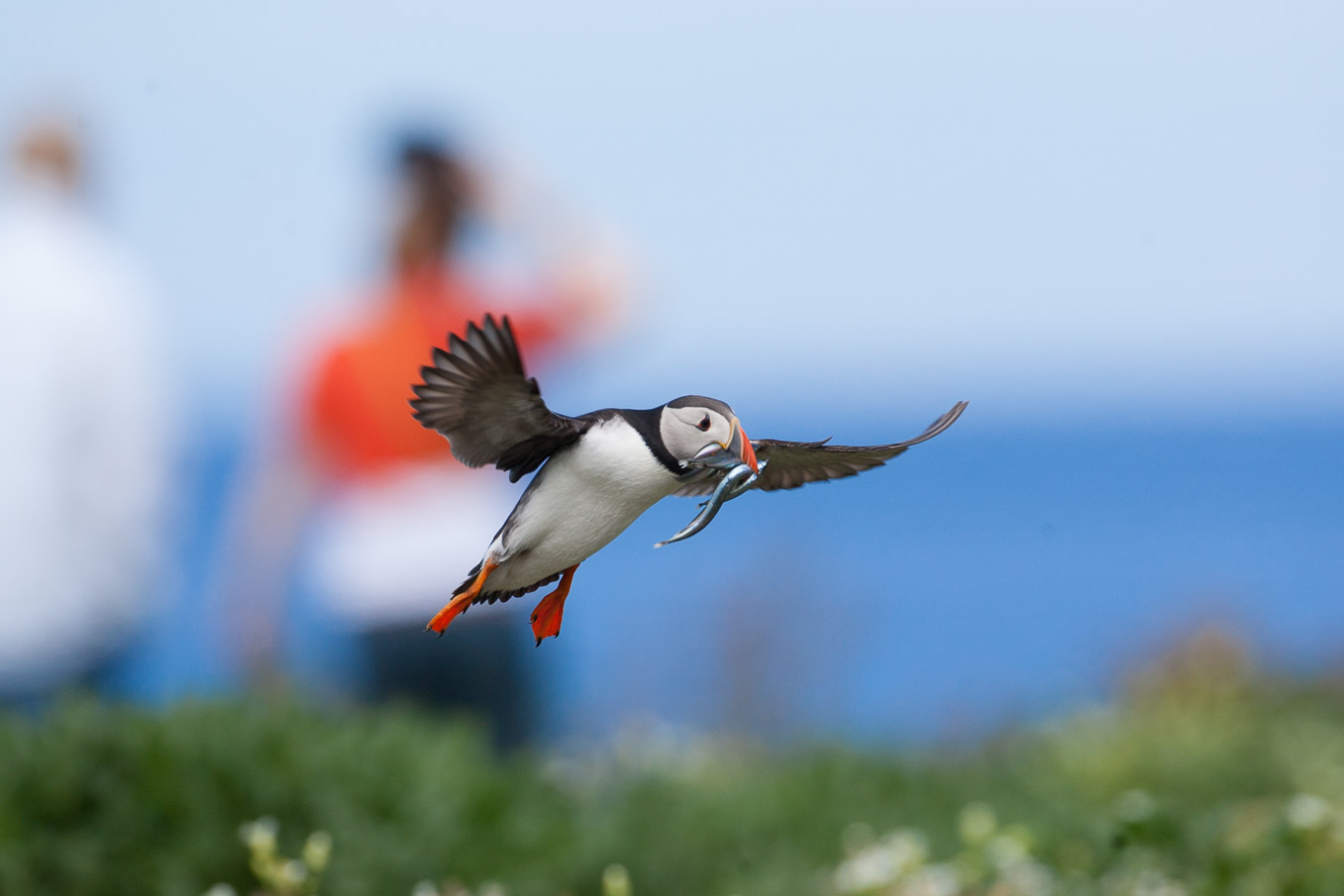 On Inner Farne, the birds continue to be busy ignoring the many day trippers.

If you are not keen on the boat or wanting to keep costs down Bempton Cliffs are well worth a visit. In fact even if you have enjoyed the Farnes, Bempton still warrants a trip with the puffins playing supporting actors to the fabulous gannets that are there. The seabird colonies reside on plunging cliffs and are viewed from footpaths. The RSPB have also created platforms carefully positioned to afford the best views. The gannets are very showy here but the puffins can be a little distant so the spectacle is not the same as at the Farnes. They still delight visitors though and the visitor centre with café and loos adds quality to a day trip in the summer. Note that there is an entry fee at Bempton Cliffs (£5 per adult at time of writing) whilst free to RSPB members. Plenty of accommodation and more coastal wildlife is nearby at Bridlington. 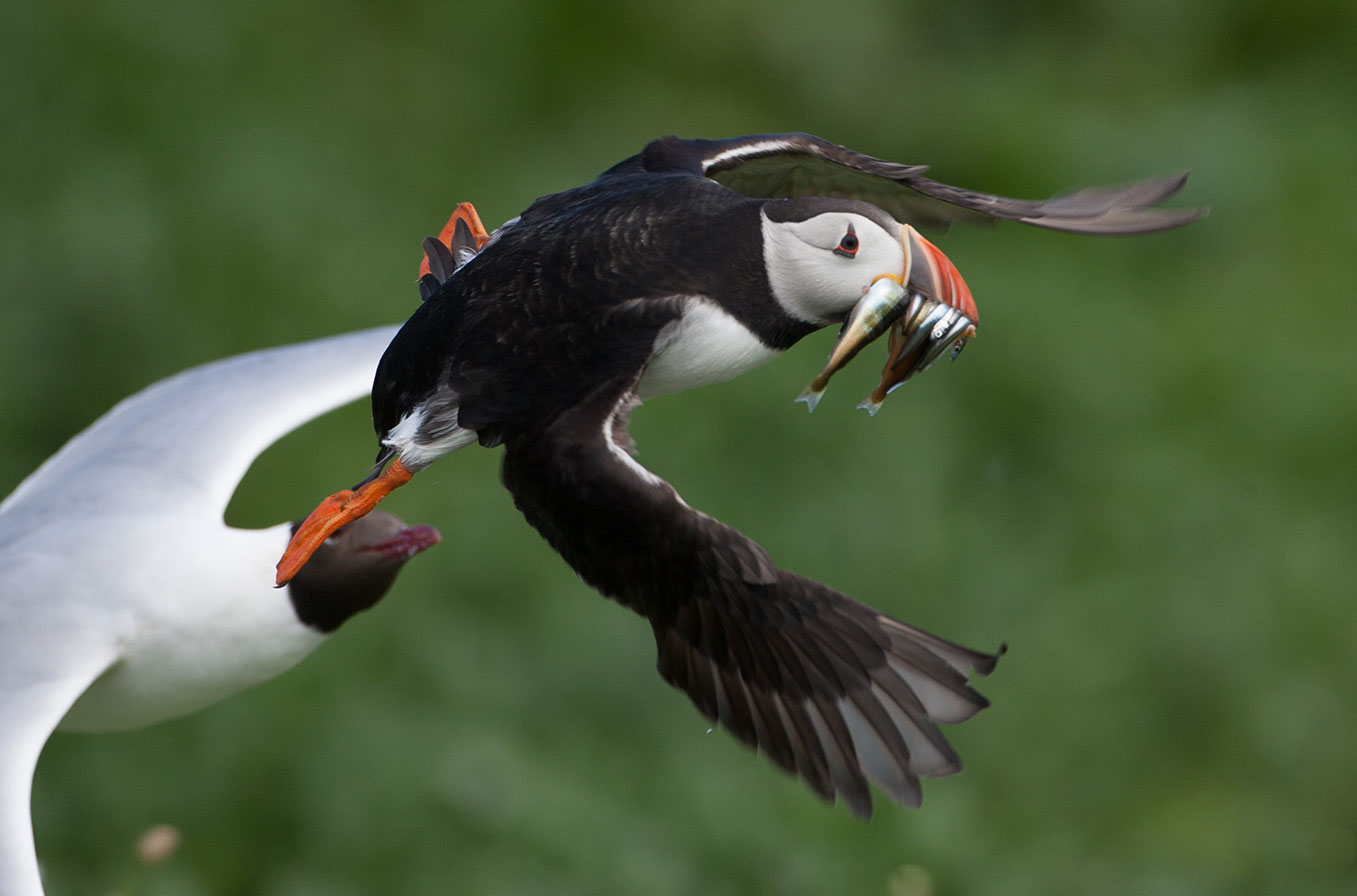 South Stack on Anglesey is a popular tourist destination and has a large seabird colony including puffins. They are viewed from the footpath or steps to the lighthouse but can be a long way off so binoculars or a telescope are an advantage. There are CCTV cameras mounted on the cliffs though so at Ellin's Tower it can be easier to see the action out on the cliffs. There is also plenty of other wildlife and scenery to be enjoyed at South Stack including excellent chances of seeing chough and peregrine. 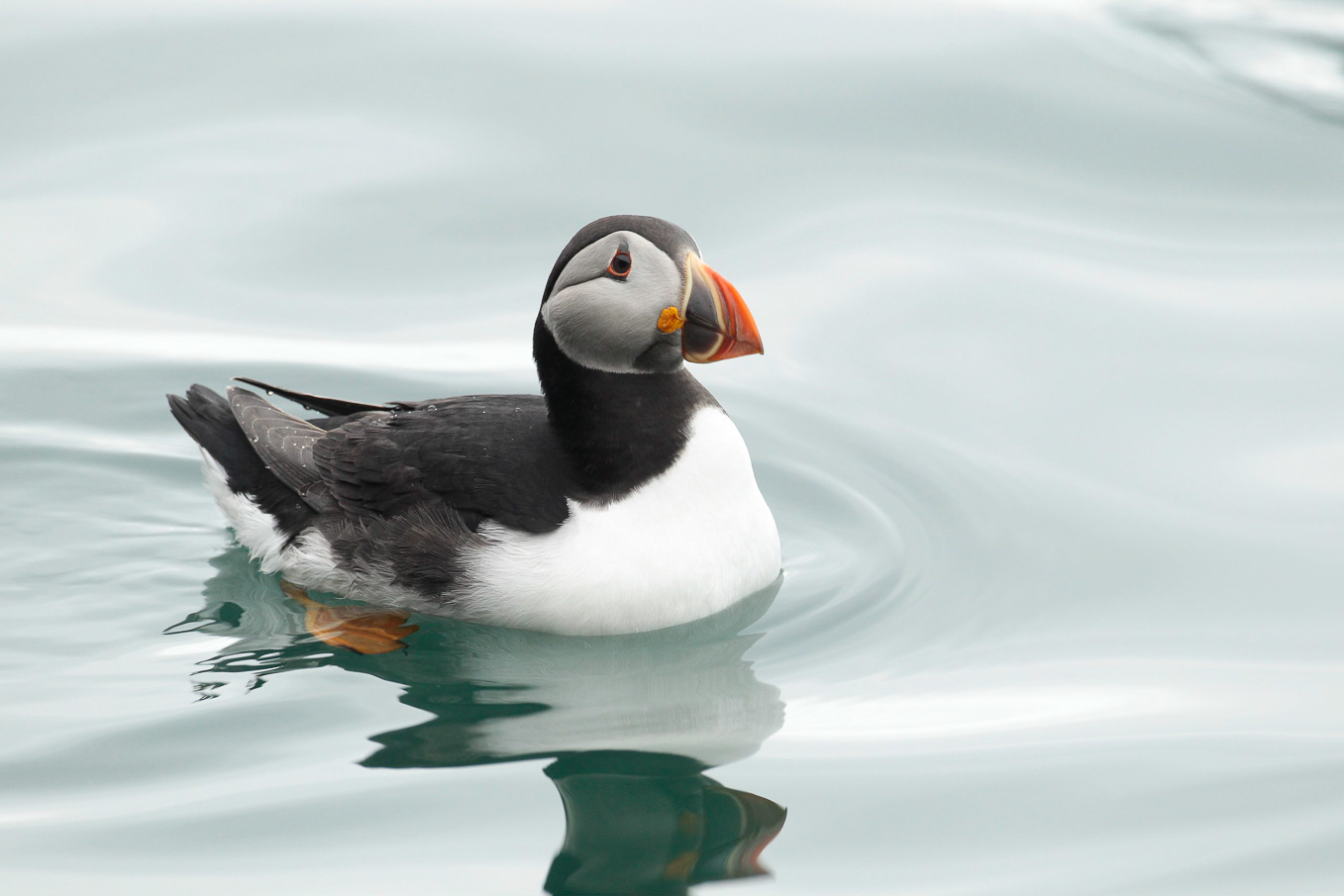 Skomer and Skokholm are managed by the Welsh Wildlife Trust and are accessible via boat trips from the village of Marloes in Pembrokeshire. Boat trips must be booked on the same day from the visitor centre and be aware that they are popular during the spring and summer so an early arrival is advised. The boat trip is only 30 minutes to Skomer and puffins will be seen on the water as you cross to the landing point. Once on the island, grassy paths lead around the island and puffins can be found at various points and can be very close to visitors. A visit in May will also coincide with the beautiful display of bluebells and red campion flowers across the island.

Rathlin Island is Northern Islands largest seabird colony and has nearly a thousand puffins. Ferrys to the island are available from Ballycastle, County Antrim and take approximately half an hour. Once at Rathlin there is a small charge to enter the RSPBs nature reserve (£5 per adult at time of writing) where the best views of the seabirds are to be had. The reserve is managed for other wildlife too and species such as chough and the elusive corncrake may also be encountered. 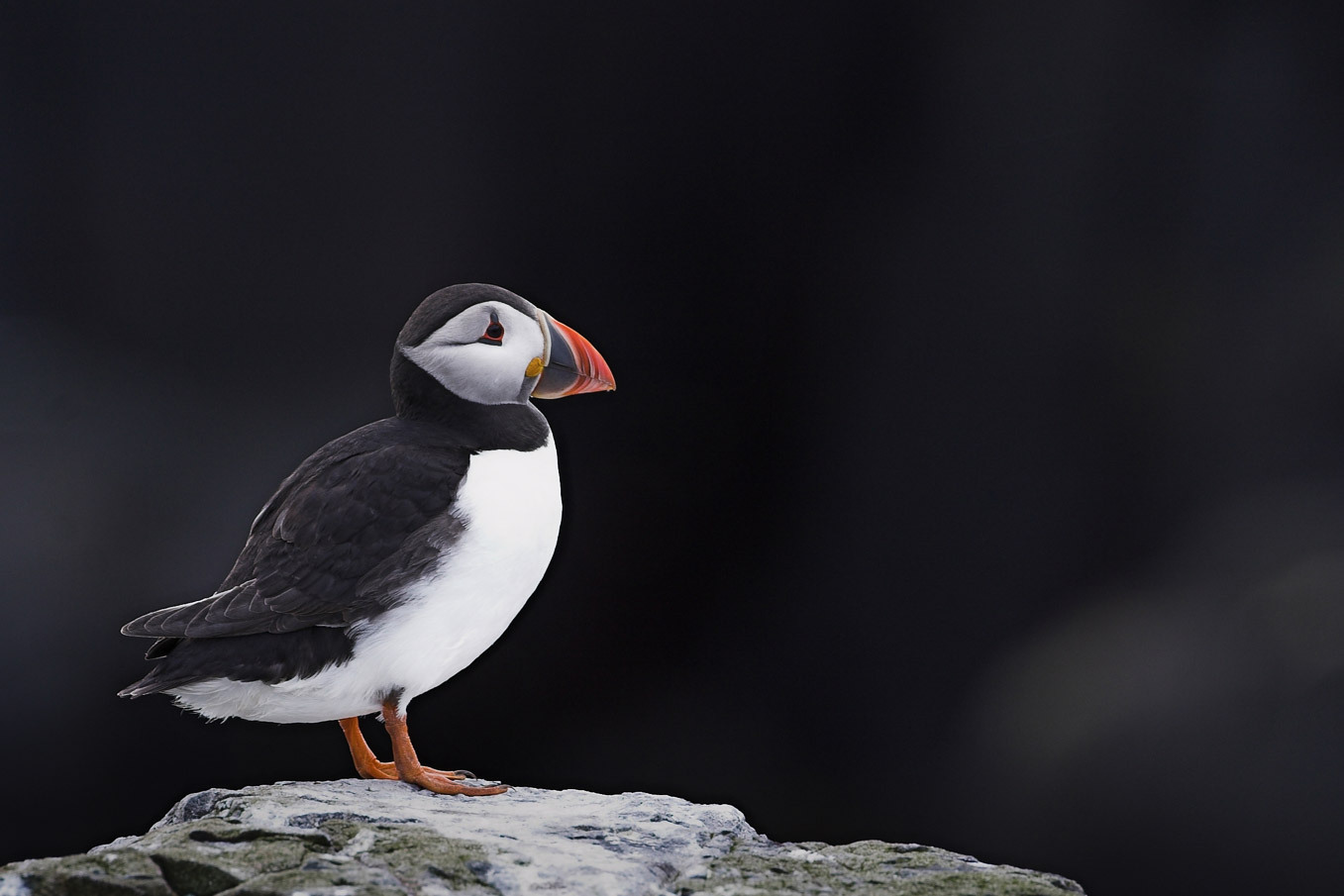 Sometimes photography can be overwhelming especially if you have a boat to catch. Try to pick out a bird in an attractive position with a clean background and work on getting a really nice portrait. Better one great shot than lots of rushed poor ones!

Scotland has several small colonies of puffins including RSPB Fowlsheugh in Aberdeenshire on the East and Lunga island off the West coast. Most though are north and the Shetland Islands boast the largest numbers. The cliffs around the lighthouse at Sumborough Head at the southern end of the islands have many puffins within view of the path. This site is also near to the airport too so within half an hour of landing you can be enjoying the cliffs. It is easy to access by car or bike and free to visit. There are also many other local specialities to enjoy too including great skua and hooded crow, the luckiest visitors even get to see orca.

At the very tip of the Shetlands on the island of Unst is Hermaness Nature reserve where you can enjoy some of the best views of puffins. The birds often sit on the edge of the grassy cliffs posing for images in front of the dramatic landscape behind. The cliffs are accessed only after a long walk through a large great skua colony and as such are very quiet compared to many puffin sites. It would certainly not be unusual to have the place and the puffins to yourself! 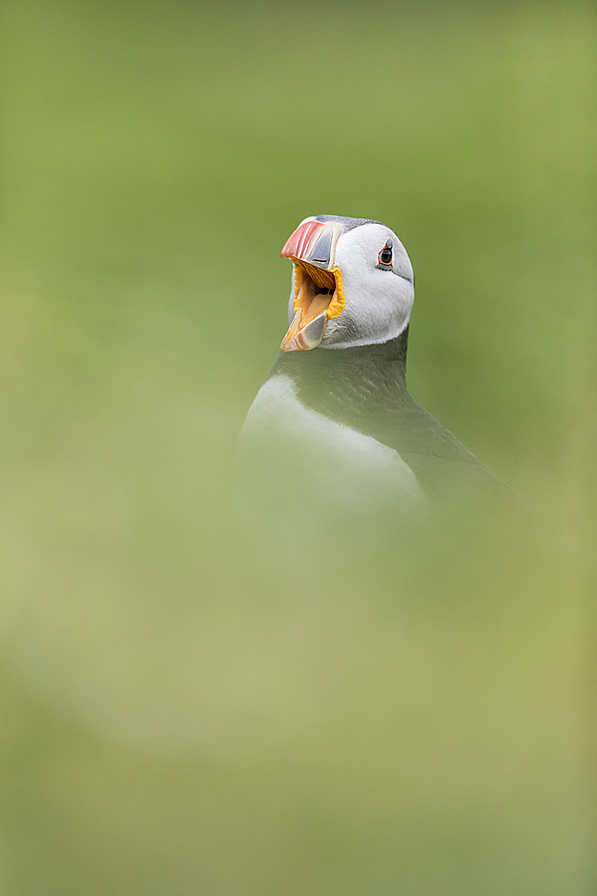 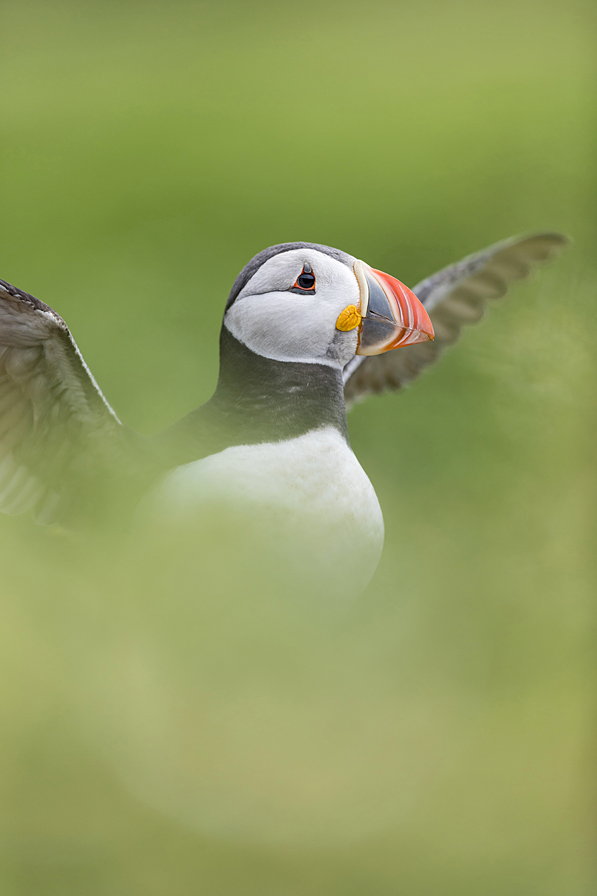 In all the places described above you will enjoy fantastic landscapes, wonderful wildlife and a sense of adventure. Wherever you decide to visit will require a little effort but you will not regret it once you have been in the company of these charismatic little birds.