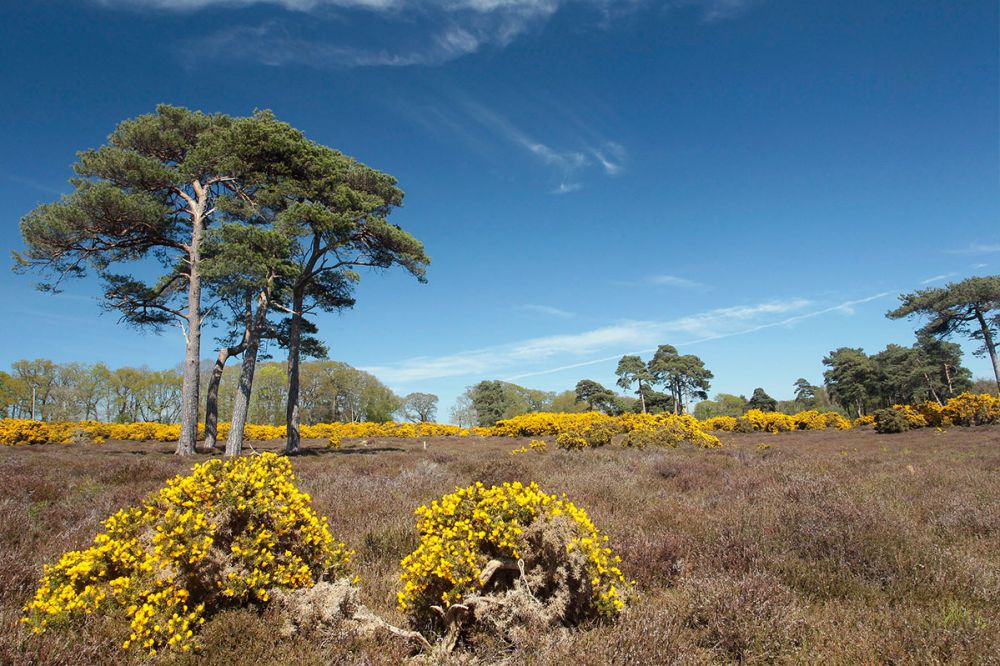 On the Purbeck Peninsular overlooking Poole Harbour Arne is one of the riches examples of heathland in England.

On the Purbeck Peninsular overlooking Poole Harbour Arne is one of the riches examples of heathland in England. The Dorset coastline enjoys long warm summers and the dry heath thrives on the sandy soils. The typical gorse/heather mosaic provides a home for many rare species including heathland specialists found nowhere else.

Arrival to the RSPB reserve is via a long lane crossing through woodland and heathland and a wonderful prelude to the delights of Arne.

From the car park, paths head in two directions before branching into loops and spurs. The Shipstal path enjoys a mixed set of habitats including heathland, ancient woodland and grassland. This end of the reserve  enjoys views across the mudflats of the harbour. Small islands here are a favoured roost for a roost of often over 40 spoonbill from Autumn through Winter. Osprey can also be seen hunting in the Autumn as they stop off on migration south. 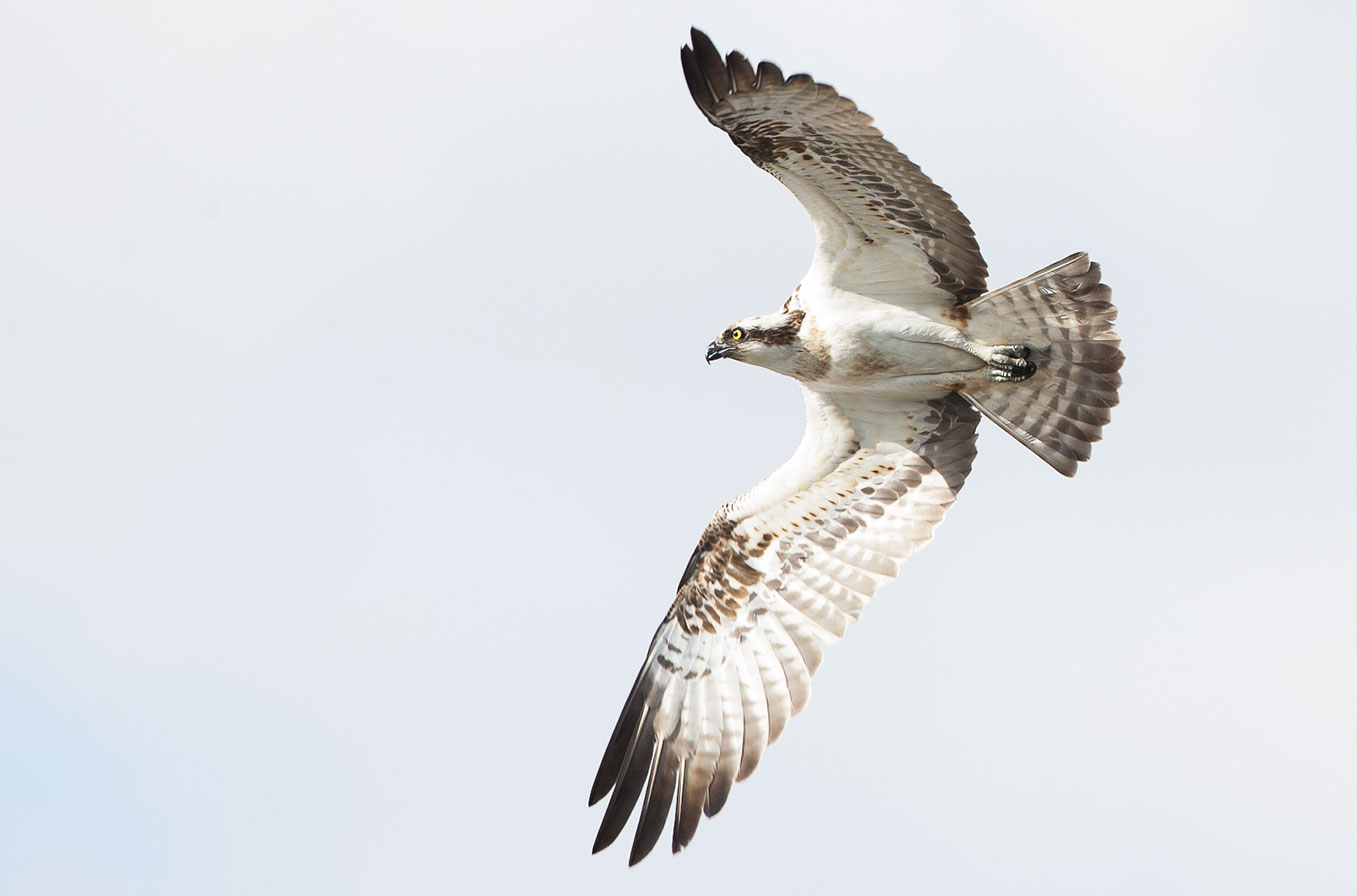 Osprey - Migrating osprey find the harbour rich fishing grounds and so can regularly be seen at the reserve with hope that they will soon stay to breed.

From the Shipstal hide Sika deer can be seen grazing or resting in the salt marsh. These introduced deer, native to the far east, often hide away in the woodlands during the day before venturing across to the grassland and into the heath at dusk. During the rut in September and October males claim territory around the oaks in the centre of the grasslands where the hinds gather to feed. In the Autumn the stags produce eerie high pitched calls which echo across the reserve 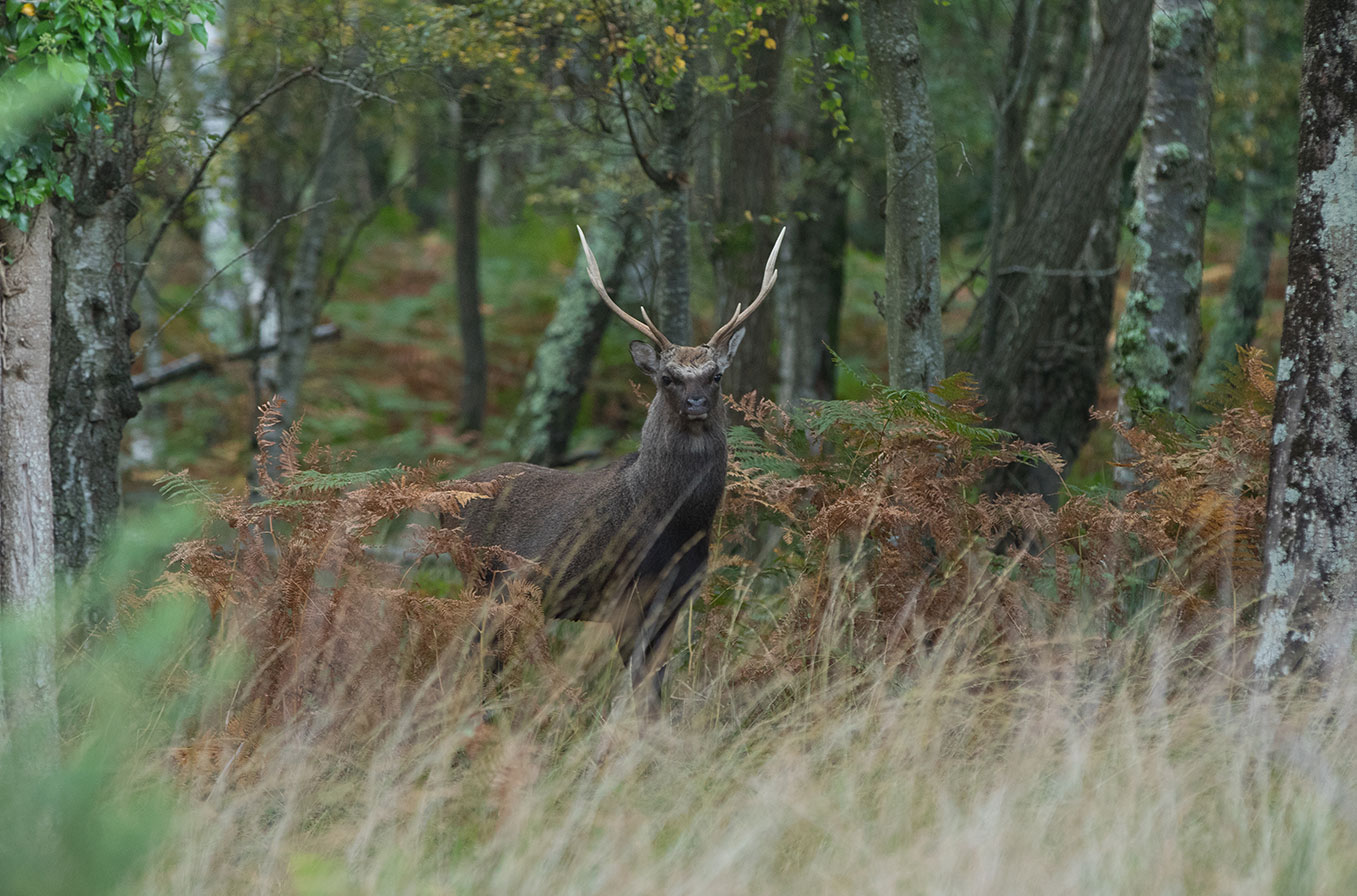 Sika Deer Stag- These beautiful deer perform a key role grazing the heath and in autumn add an evocative call to the soundtrack of the reserve.

The Coombe trails heading to the south of the car park take visitors into more open heather heath. The specialist bird of this habitat the Dartford warbler cab be seen here all year round though it is the male that is more likely to be observed calling from the tops of the gorse. These beautiful and still rare birds can be devastated by cold winters killing their insect prey. Conditions within the dense gorse and heather though can suit insects and spiders into the depths of winter providing shelter and food for 'Darties'. 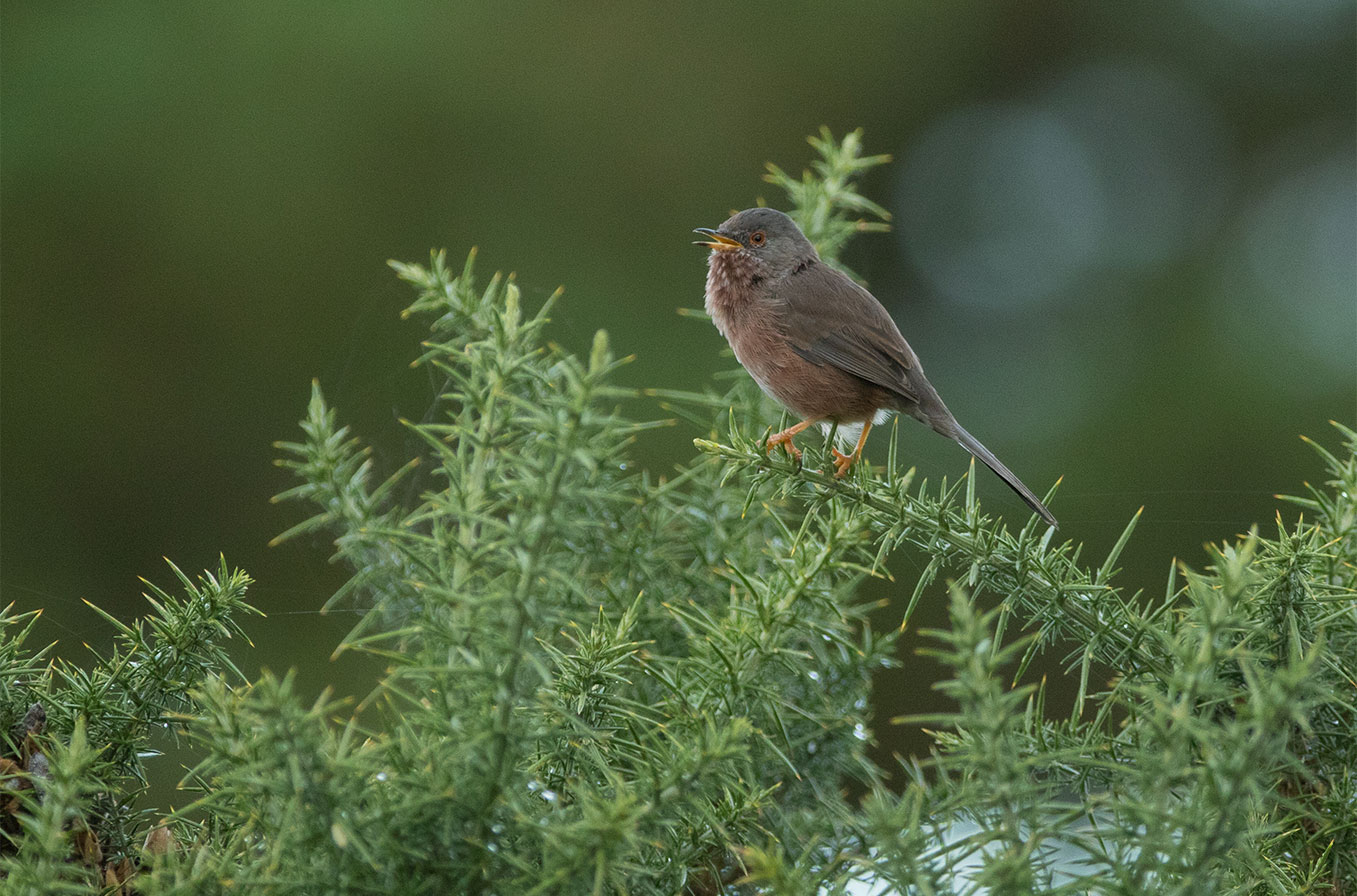 Dartford Warbler - Found in only a handful of places in the UK Darties are on every birdwatchers list to see at Arne and many are not disappointed.

As winter approaches the Dartfords warblers become harder to spot but their prey, spiders become more obvious. Arne hosts over 250 species of spider including three of the UK’s most exciting examples.

Ladybird spiders are the hardest to see rarely straying from their burrows but they are doing well here after an introduction in 2011. Wasp spiders are more easy to see, especially the females who sit in prominent webs, their striking markings protecting them from predators. These exotic looking animals have only recently colonised the UK and are spreading from the coast, the small males must tread carefully around the female in order to mate as one wrong move will see them trussed up in silk and consumed. For many unfortunate males mating is the last thing that they ever do! The pools and surrounding vegetation are home to one of Britains largest spiders the raft spider. These chunky arachnids can reach 7cm across and can walk on water hunting insects attracted to the acidic pools. 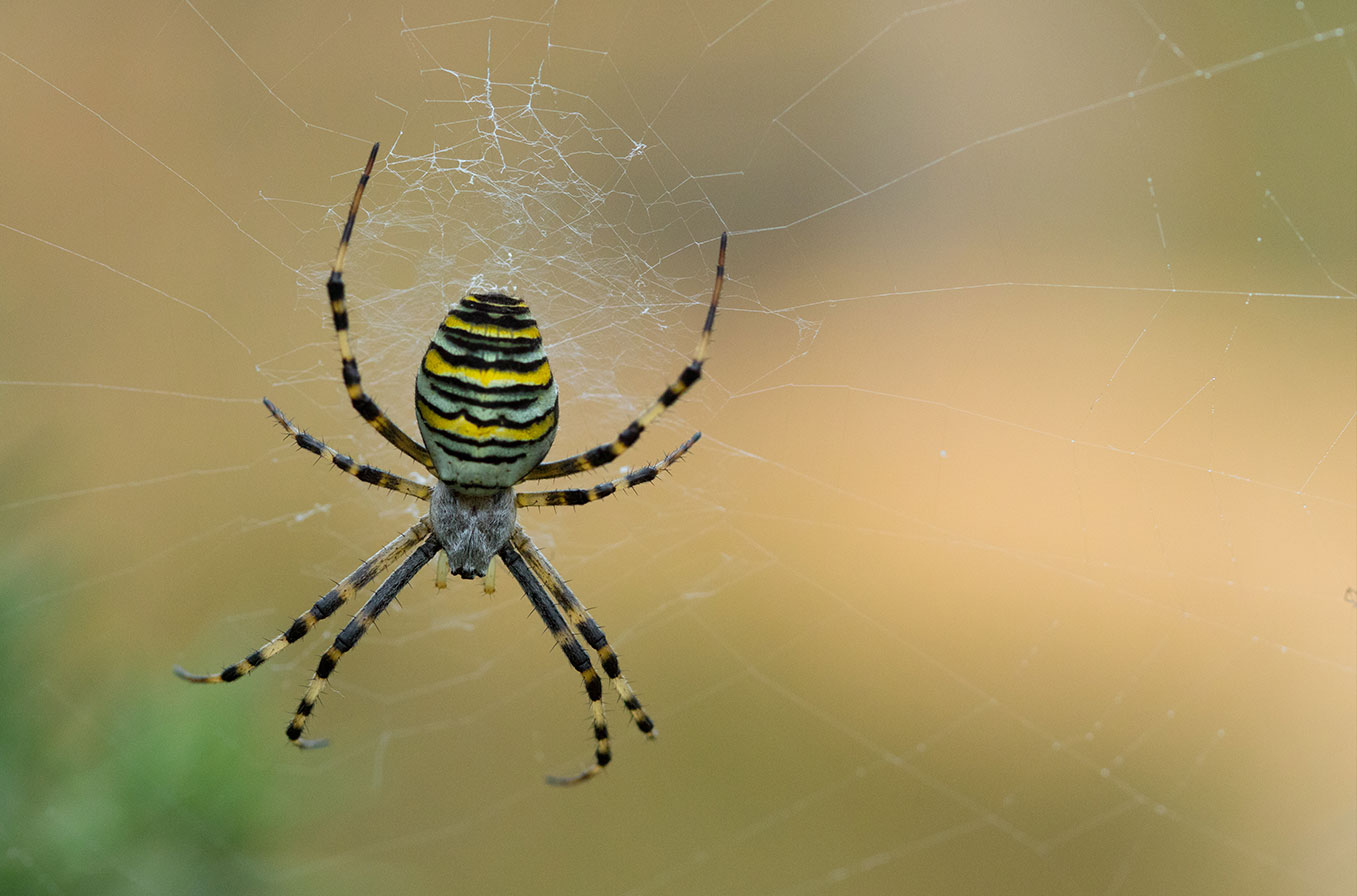 The open heathland fringed with woodland is the perfect habitat for nightjar. These insect eating nocturnal birds are nocturnal but can be sometimes seen hawking across the heath at dusk. The males churring call can be heard through the summer months at night whilst very lucky observers may even see one roosting during the day though their cryptic plumage ensures that they are not easy to spot.

During the summer Arne is one of the only places in the UK to host all six species of reptile. Adders and grass snakes can be found in the woodlands and wet areas of the reserve whilst slow worms, common and sand lizards hunt insects in the sandy heath. Another specialist and very rare snake lives here too. The smooth snake is only found at a handful of places in the southern counties where it is dependant on Heathland. This medium size and rather plain looking snake constricts its prey of other reptiles, small mammals and birds. Smooth snakes are shy and effectively camouflaged so luck and patience is needed to see these out in the open. 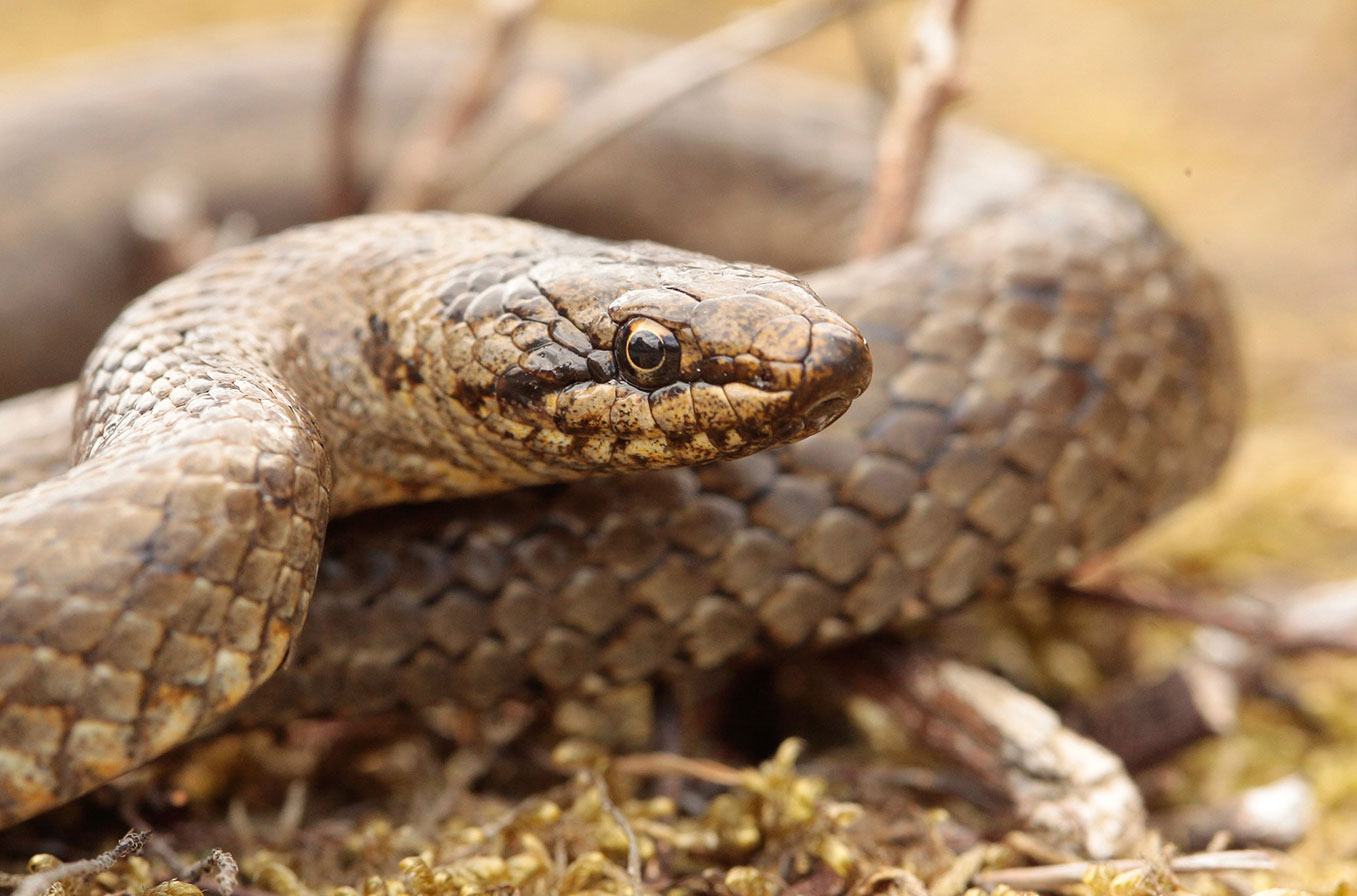 The summer is also the time for insects and a wide variety of dragonflies and butterflies can be seen on calm warm days. From late June to August the silver studded blue butterfly is often encountered on the heaths where their caterpillars enjoy a symbiotic relationship with ants who protect them in return for a sugary reward.

At any time of year Arne can host a variety of birds of prey including marsh harriers, buzzards, kestrels and sparrow hawks plus summer hobby and osprey,  In the winter though hen harrier and merlin hunt the shore, reedbeds and salt marsh. Short eared owls also overwinter joining resident tawny and barn owls. From September through to February a seasonal raptor trail crosses the southern heathland and woodland fringes.

Winter also sees build up of waterfowl and waders with some of the largest flocks of avocet feeding in the tidal channels. Curlew and oyster catcher also form large groups whilst shelduck and little egret are almost guaranteed. 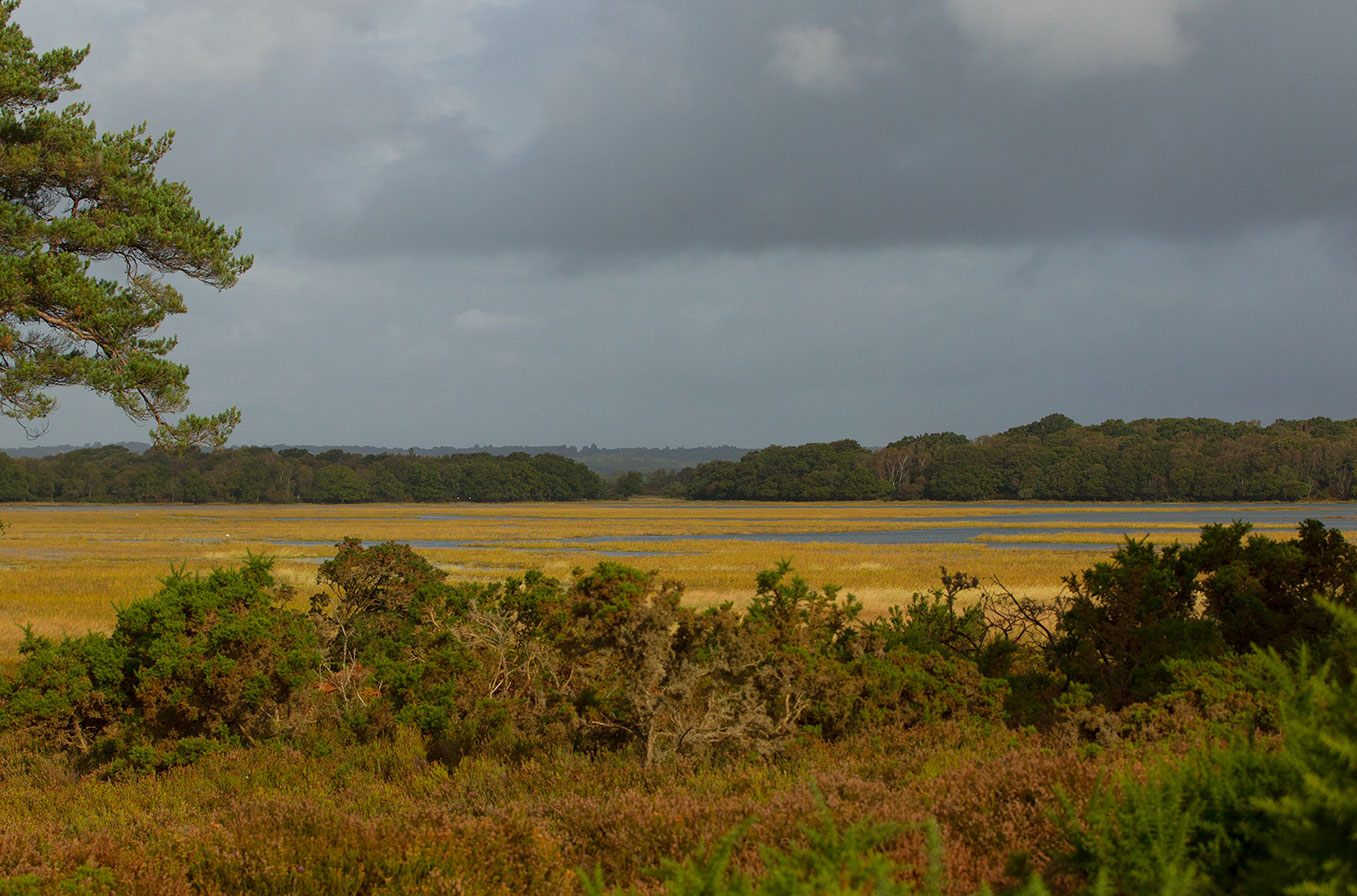 There is a small charge for non RSPB members to park but no charges for access to the trails and hides. There is a small visitor reception in the car park with information about sightings etc plus a newly opened cafe, toilets and shop a short walk away. There is an extensive and varied events program with regular guided walks to get the best from a visit. For more information visit the RSPBs website.

Anyone holidaying in Dorset should include Arne on the itinerary and its well worth a mini break on its own there is just too much to see in one day!