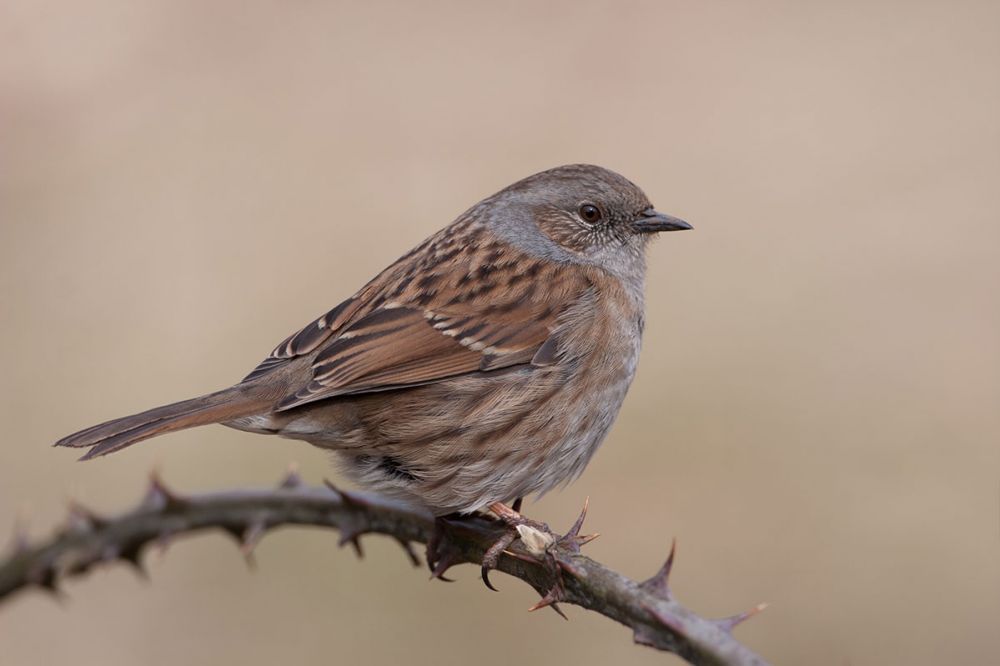 Bird identification, when, where, how and then what?

With literally hundreds of species of bird in the UK it can be tricky to work out which you have seen, to help reduce the options and nail the ID here are some top tips

I am a champion (well in my family at least) at the game ‘Guess Who’.  I use strategy to flip down as many faces as possible and try to reduce the options with a clever series of questions. It’s no different to working through the id of a bird. Below we work out the bird equivalent of “do they have facial hair?” “do they wear glasses?” and “is it George!”

Identifying a new bird is all in the details;  Where it was, when it was there, what it was doing and of course what it looked like. In the following tips let's break down the things to consider, and how to pin down the name of your mystery bird.

When did you see it?

The first thing I would ask is when did you see it? I have often assumed that they have seen it recently only to hear that “it was around Christmas last year!” It's important detail as a huge number of our birds are migratory and only appear in the UK in the summer or winter. By establishing that it was winter for example knocks down around a third of metaphorical faces! 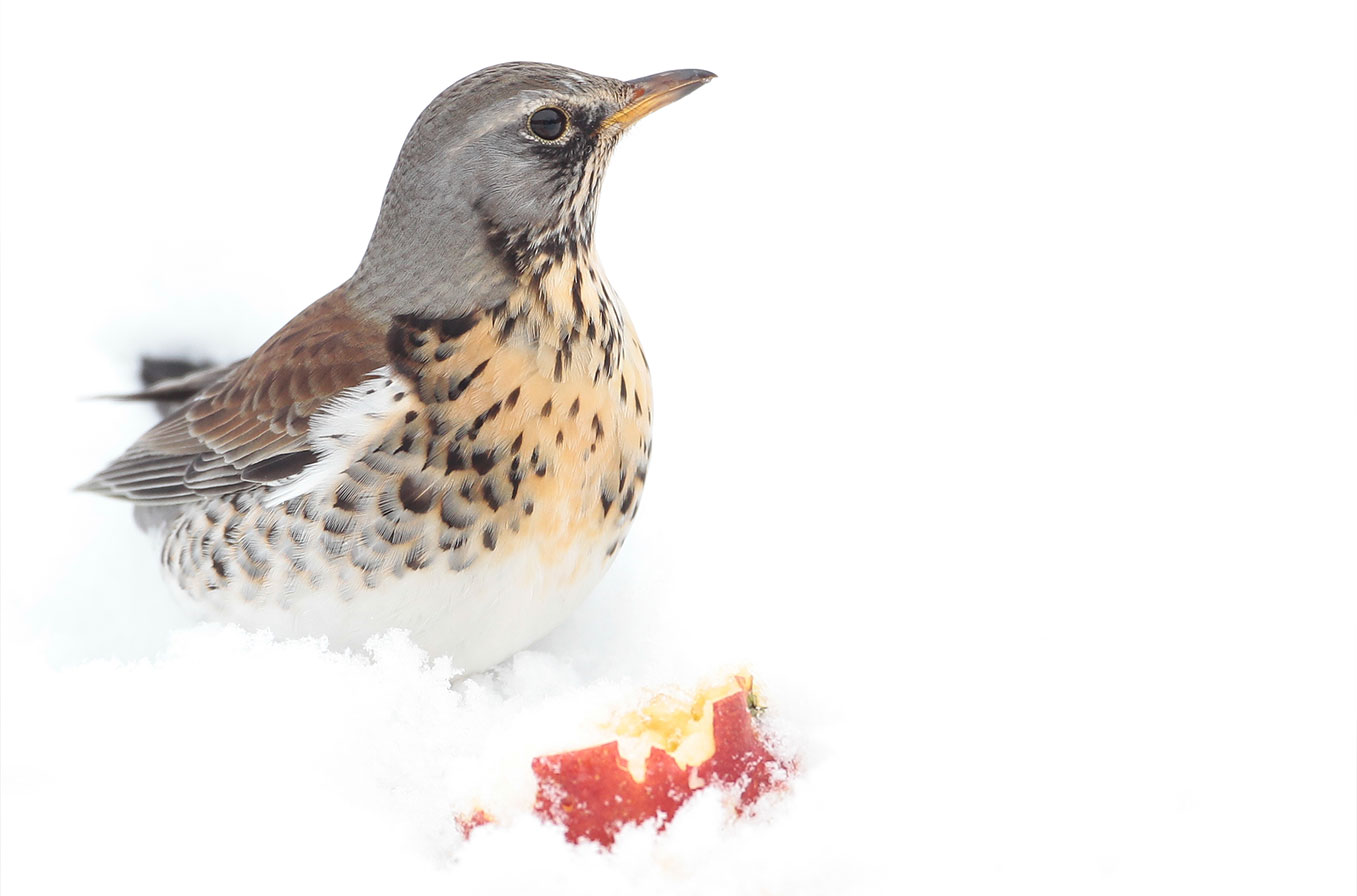 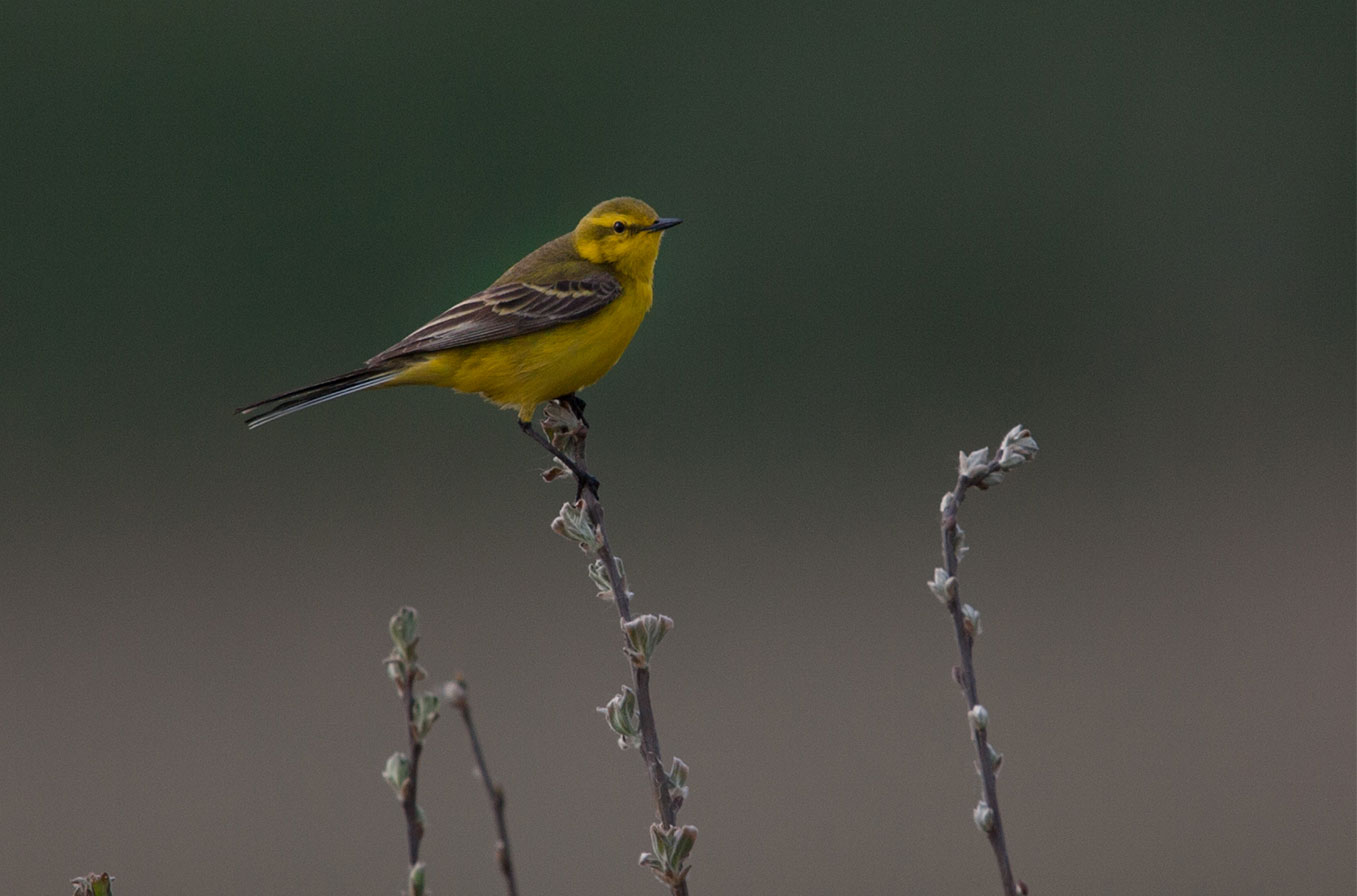 Yellow wagtail and fieldfare - Yellow wagtails are summer visitors to the uk whilst field fare are only found here in the winter months.

Now we have the when we need the where and this is a two parter; what was the habitat? e.g. woodland, beach, moorland or in the garden? and where geographically? If it was on a Norfolk beach or a Welsh woodland? Locations may narrow down the options so pass this info on or make a note for checking later.

What was it doing?

Was it singing from a tree top (what was the song like?) or feeding on the woodland floor. Was it running in and out of the waves or diving under the surface of a lake? How many? there were about 30 in a stubble field…these are all useful clues in the case. If you see the bird flying..consider how it flew? was it direct with fast regular wingbeats? was it soaring high? some birds like woodpeckers have a really obvious undulating flight.

We are getting into the real detail but don’t worry you don’t have to be able to state exact size. Estimate its size compared to something you know such as a robin, wood pigeon, mallard etc. Later you'll be able to look at the sizes of these birds and make an estimate from that. If close to another bird you know then this is helpful but take your best guess if not.

I once had someone describe on the phone a mystery bird that was feeding on the table in her garden. Size wasn’t mentioned and my brain was racing trying to think of the black plumed grey bird that would frequent a garden in the winter. Many rare exotics passed through my mind until I asked about how it flew and was told that it could reach the bird table from the ground! It was a two foot high heron!

Diet tends to define bill shape and can be a really useful way of narrowing down families. Most people know that birds of prey have hooked beaks for tearing flesh but the thin insect eating beak of a dunnock is a clear difference to the chunky bill of a sparrow which otherwise looks similar. 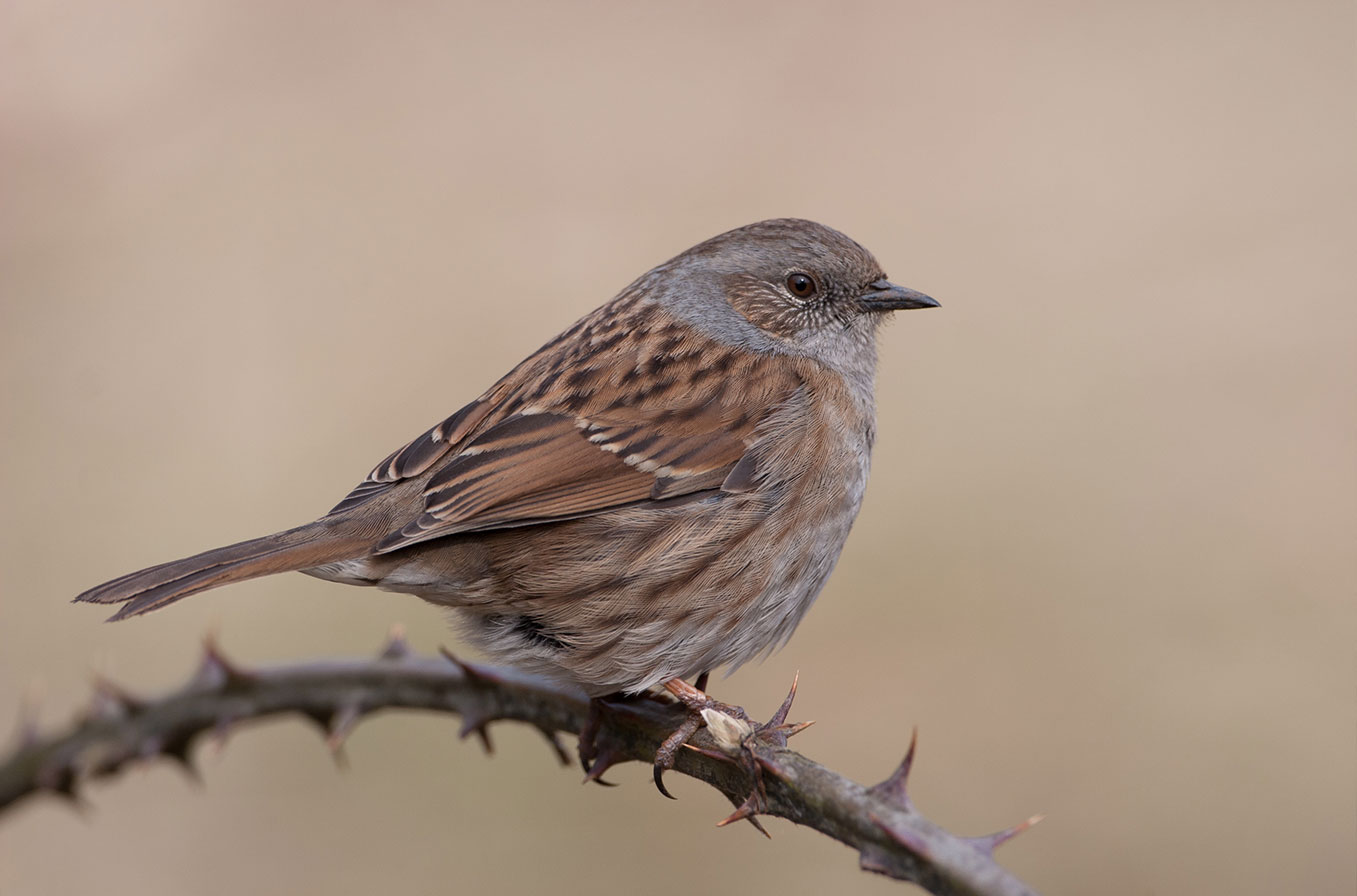 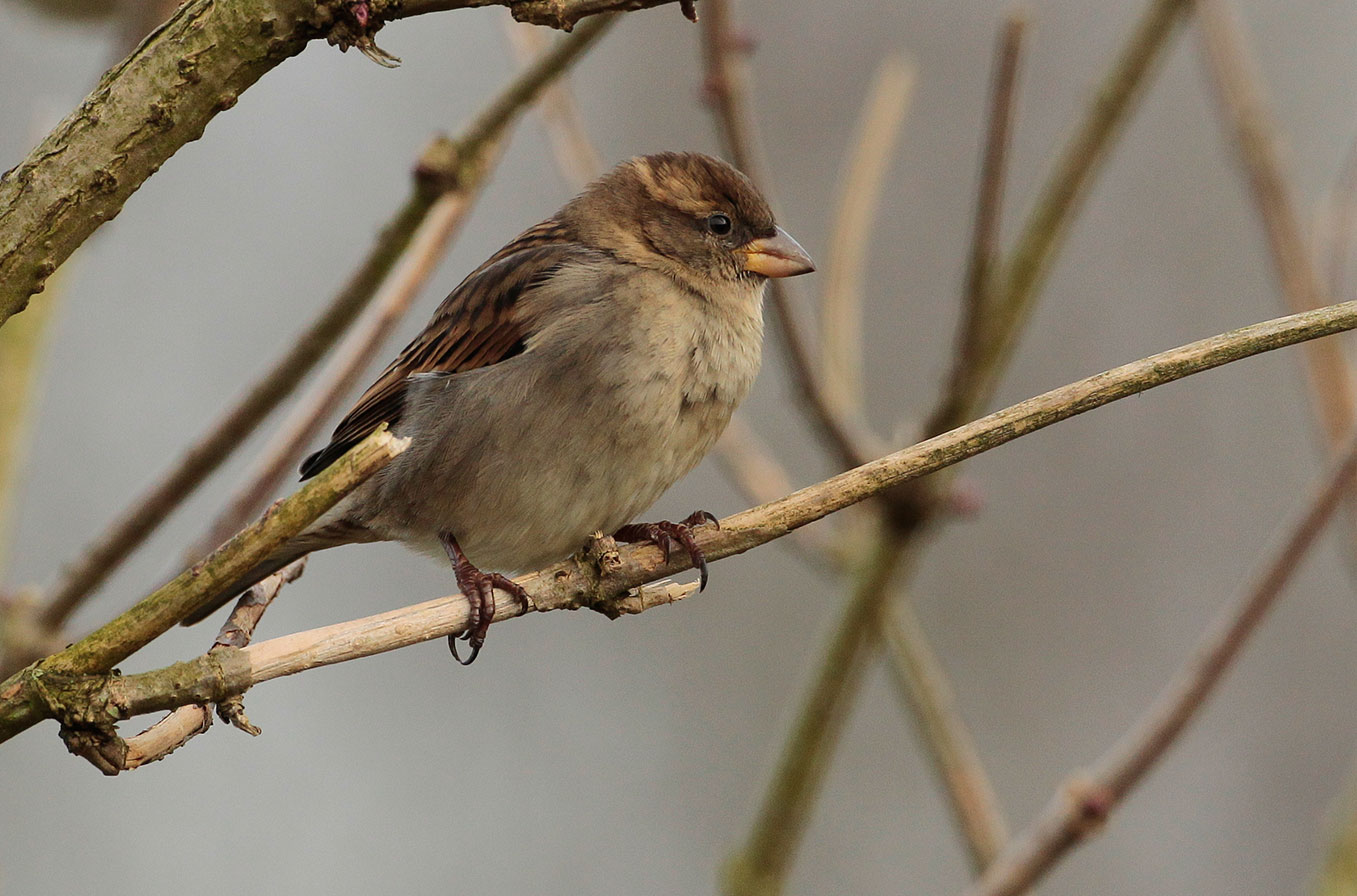 House sparrow and dunnock - The fine bill of the dunnock differentiates it from the otherwise similar looking female house sparrow.

The shape of birds particularly in flight can be key to id success. Often birds soaring can be silhouettes and hard to see detail, they can also be difficult to size. Wing and tail shape can be useful to take note of. Be aware though that both are adjustable and can be fanned or swept back depending on flight pattern. Discernible forked tails or long narrow wings for example though are key feature of some species. 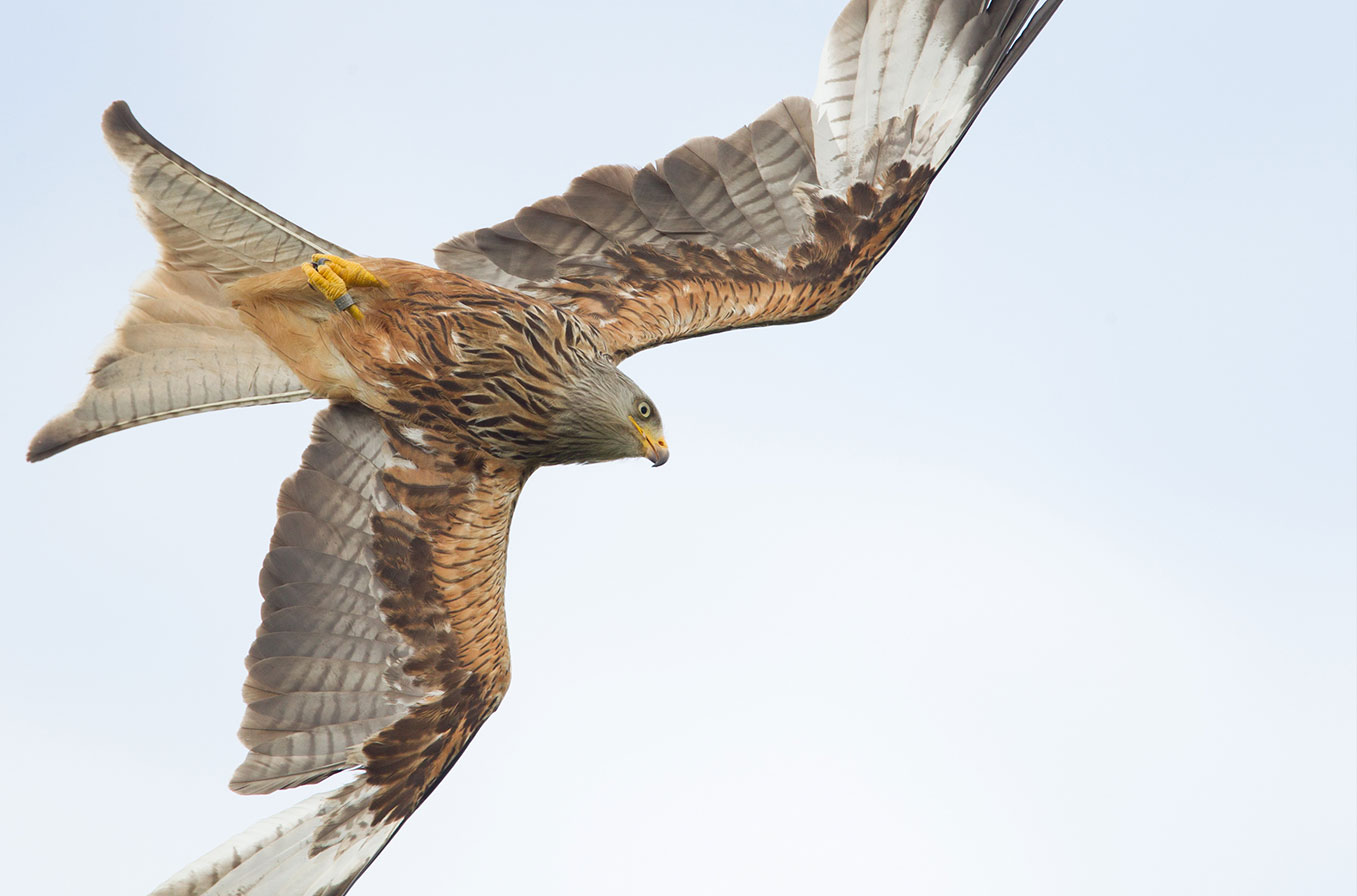 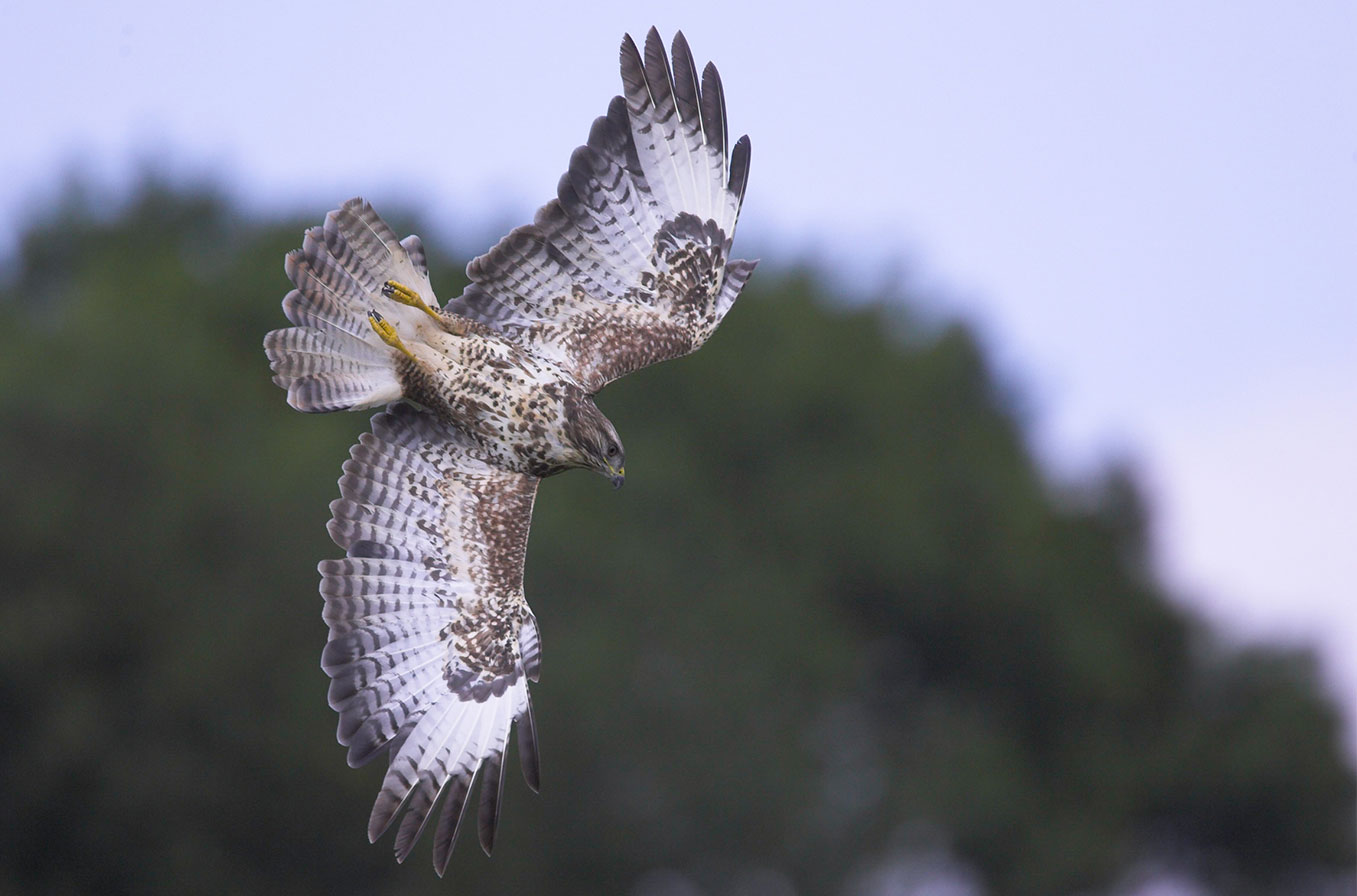 Red kite and buzzard - The tail of the red kite is notably forked compared to the similar sized common buzzard.

This is where many people start describing their mystery bird however I have left it until last. This is where we're able to separate out the exact species from the few options that we have left from our earlier id rounds. Some birds are uniformly feather coloured but even these sometimes have different coloured legs or bills so make a note of everything you can.

Assuming that there are colour and pattern variations note where these are and the extent, if the bird has a black head is it just a cap or a mask or a complete hood? If it had a coloured chest did it come up to the chin or extend to the tail. This can all be hard to see in the field but the more you can see the better your chance when you have the array of options in front of you.

Now you have your notes (try to jot down what you saw) its time to flip down some faces! The internet can be a great resource for bird id but it is most useful for those of us who have at least some idea of what it might be. If you are not sure even what family of birds you have seen then it can be a maze and hard to use effectively. The RSPB have an id feature on their website which has all the common UK species listed and can be really good. It can be fooled but it's a good place to start and might at least give you a few options to consider.

If you have an image then social media can be really effective. There are experts out there who love nothing more than showing their prowess by being the first to identify the image on twitter or facebook. Be warned though that there are some who are keen to guess with apparent confidence but get it wrong so choose your responses wisely!

Or you could do it the old fashioned way and use a good old bird book! Most people have a bird book floating around or access to one at least. If you haven’t then do support your local charity shop who will certainly have lots on offer for a pound or two. I like books that have illustrations rather than photos and even better if they show different plumage patterns for different seasons and different poses even better! Many books have useful illustrations too that show the distribution of the species at different times of year and in location.

Firstly check out the front pages, often there are guides as to how to use the book and these will often ask about the features that you have noted above such as bill shape, wing and tail details etc. A quick skim of the book will show you that most are grouped by family. Depending on the age and author of the book the order can be different but generally they start with waterbirds and end with sparrows and buntings. This is helpful as similar species tend to be close together allowing quick comparison.

Have a look at different groups of birds checking for those that have similar structure and appearance to the one you have seen. Don't stop at the first group that you see as you may find that another have even more accurate similarities. Hopefully you should be able to zone in on a similar set of birds and maybe one looks pretty good. Don't be content there though, check the size and other descriptors in the book. Some differences can be attributed to moulting for example birds out of breeding plumage often look quite different. Mostly though there is good conformity with birds so extreme plumage and size variation is quite rare.

three great bird books with the Collins being highly regarded as the best on the shelf!

If you have access to different books its well worth comparing your options. Different books show illustrations differently and you may be able to gain more confidence in your ID. Beyond that, once you have a possible name then jump into google and search for images. The page will invariably be filled with images of the bird in every possible pose and variation so you can find a match for what you saw.

Hopefully you have found this helpful and have managed to use the tips above to refine your bird identification skills. Its not easy though and there are lots of pitfalls which even experienced bird watchers fall into. Practice makes perfect though and the more birds you can ID the better you will be and the more you will know what to look for. I don't think that its is essential to know the species of everything you see but it is satisfying to learn more. Good luck splitting your Bills from your Hermans!

Just for fun, can you name these ten mystery birds? Be careful as I have a couple of trickier ones in there!’
Put your answers in the comments and see how you compare with others? 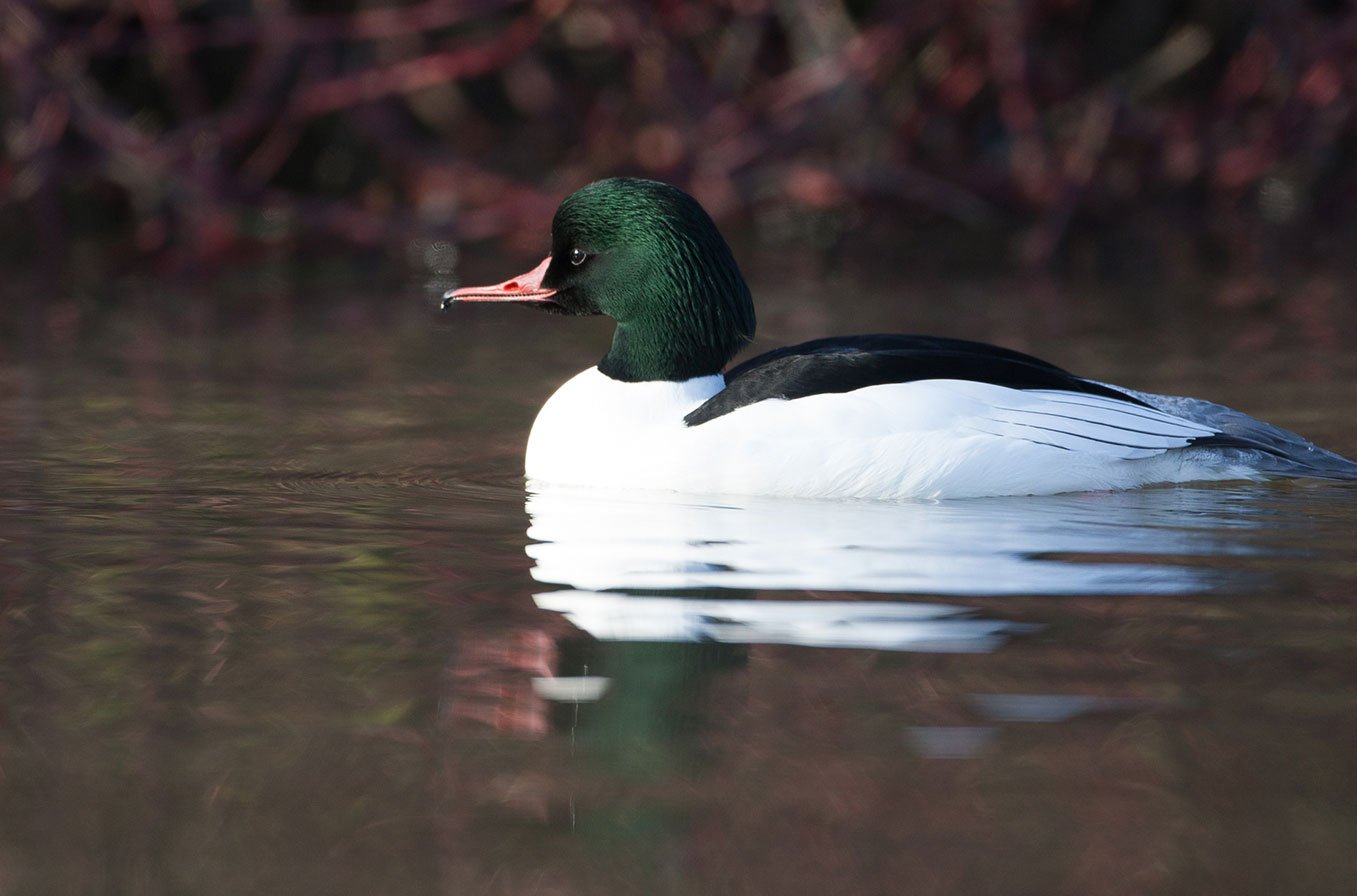 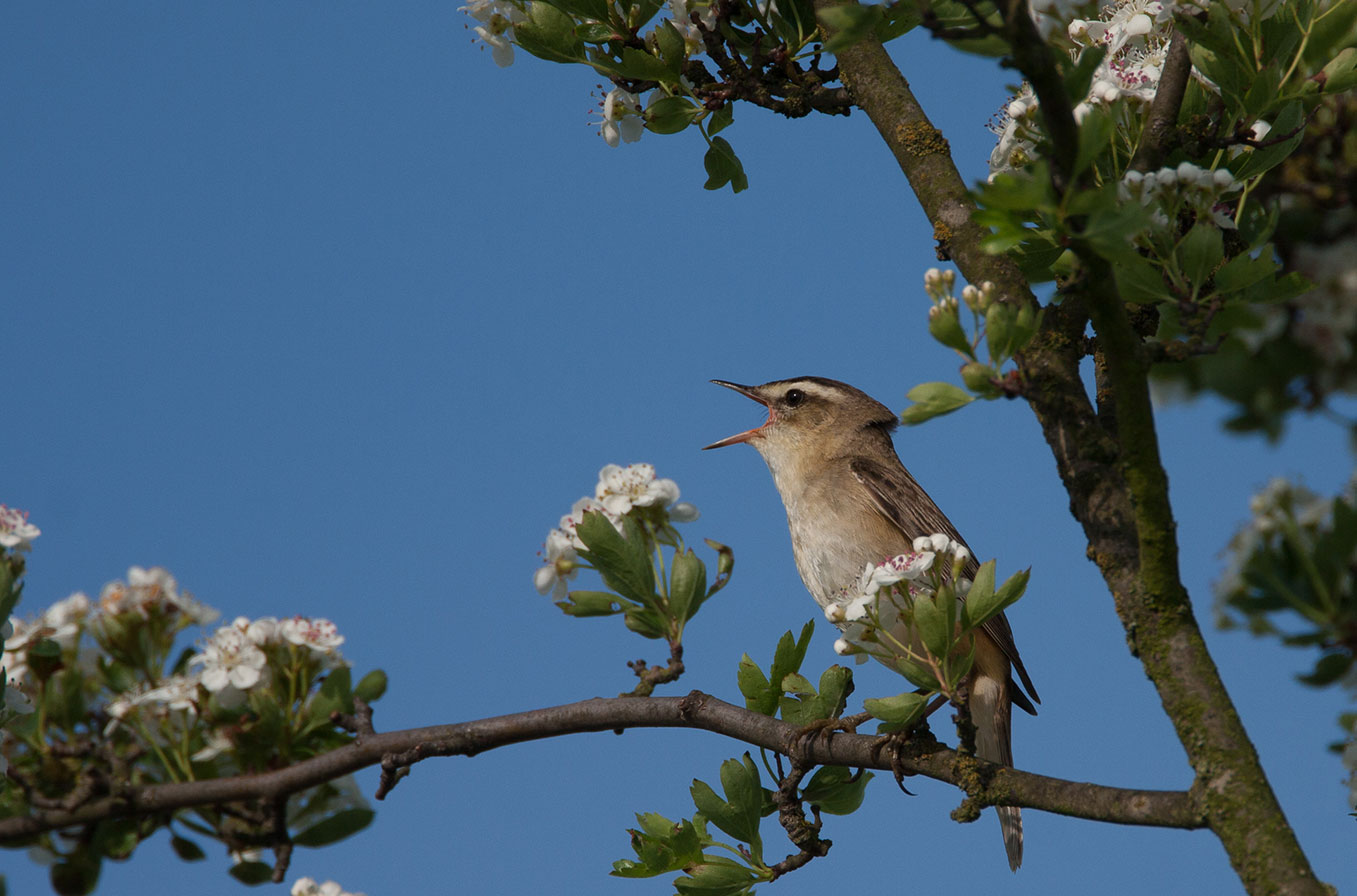 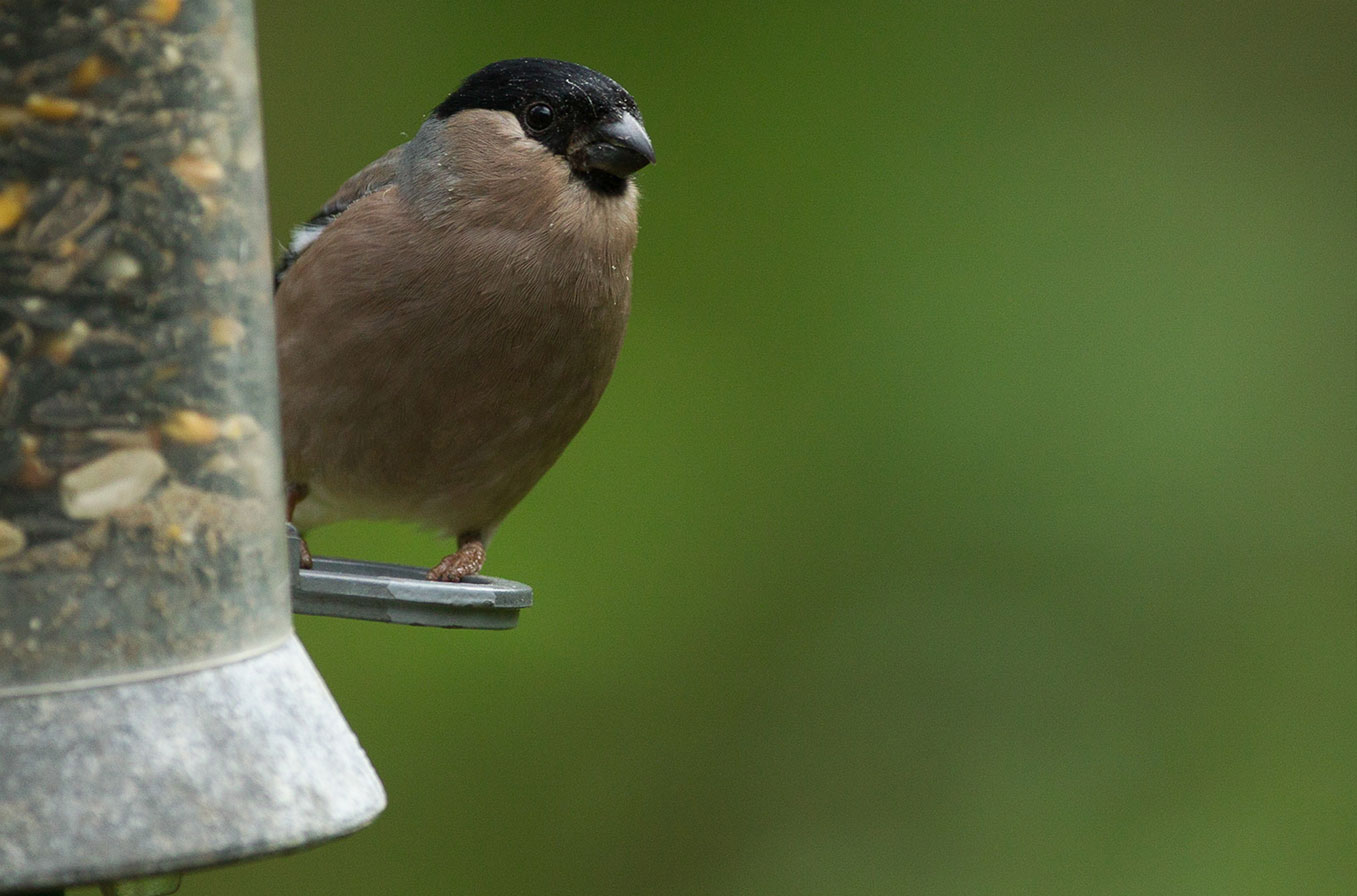 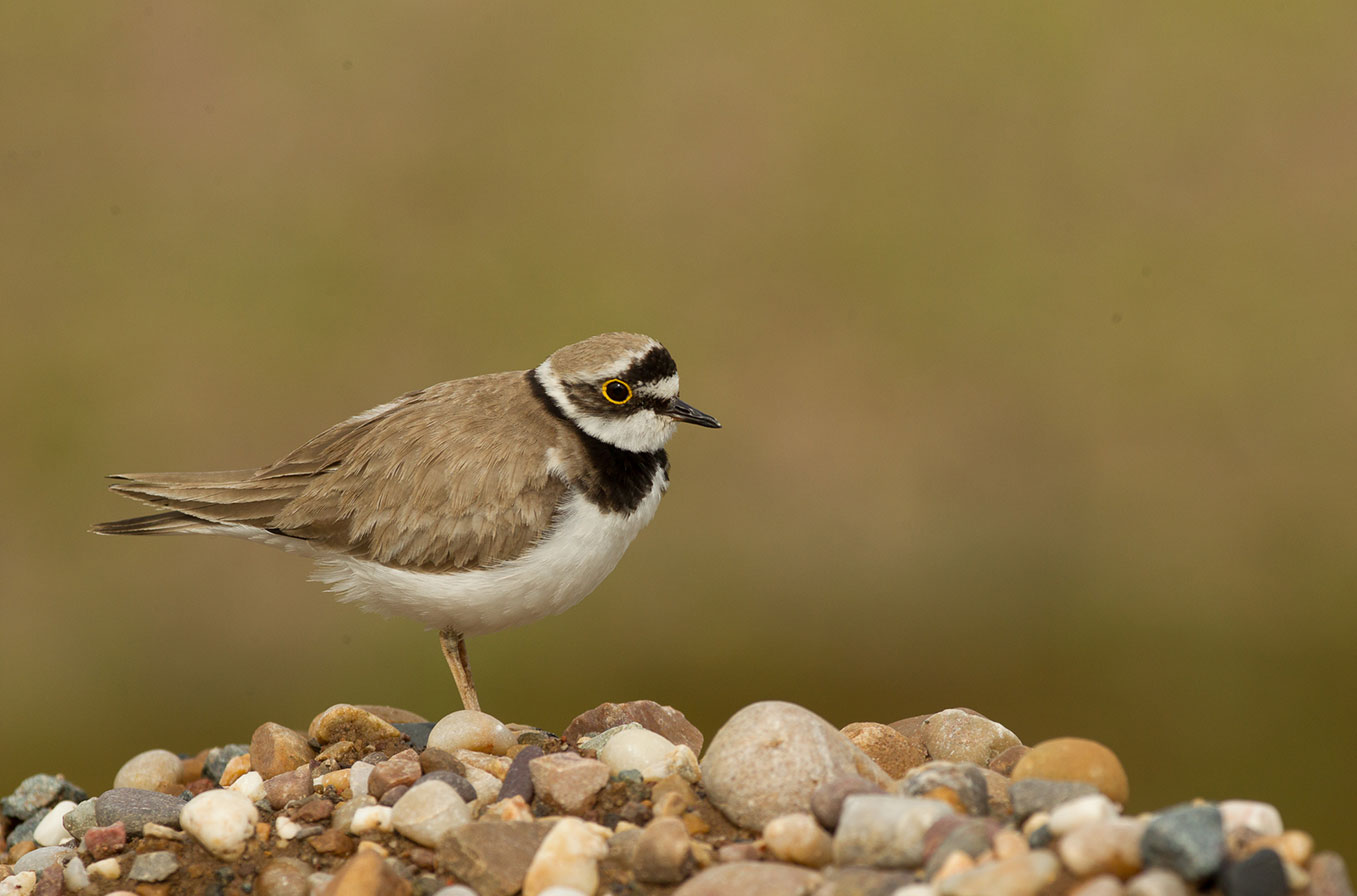 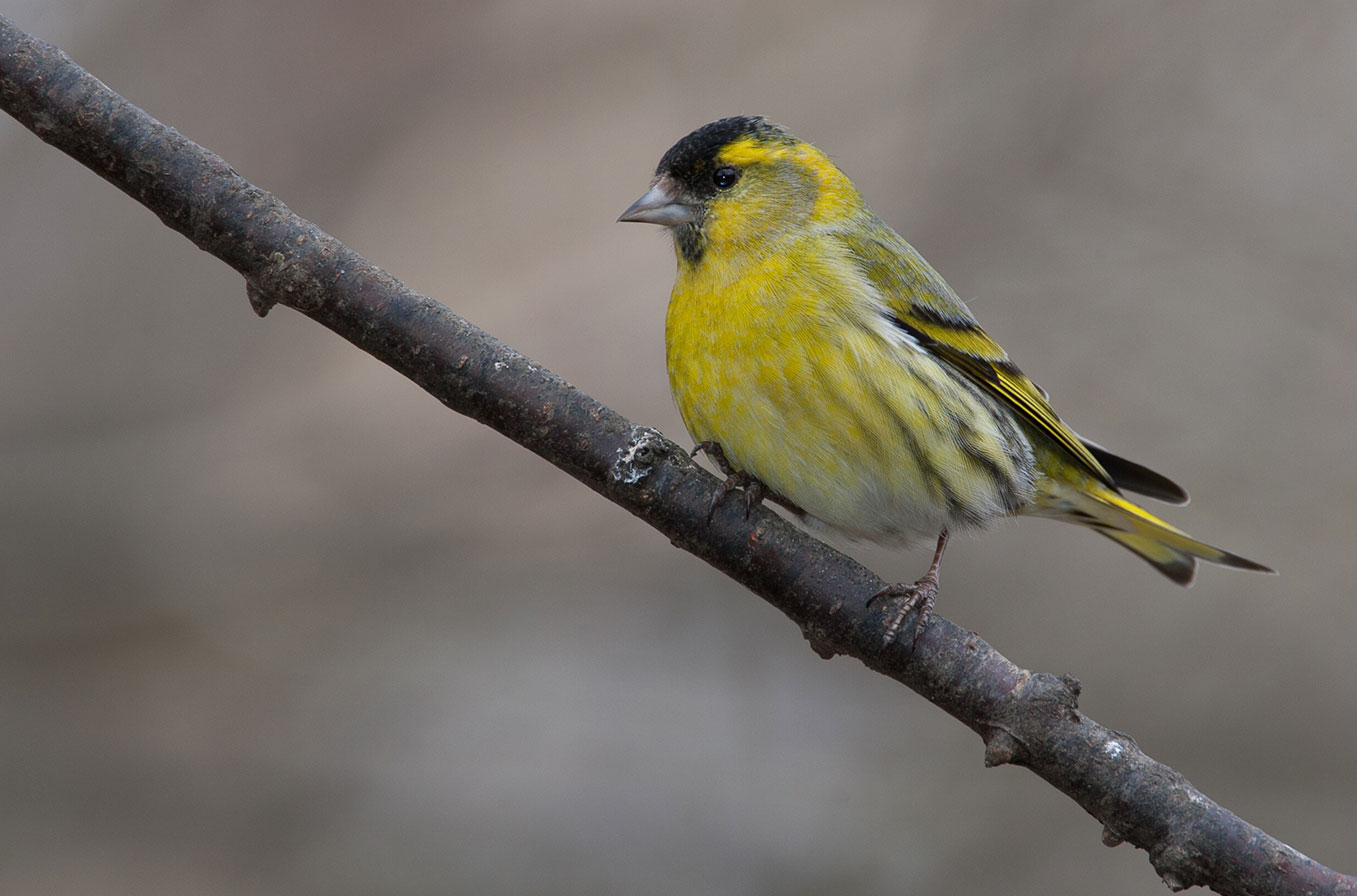 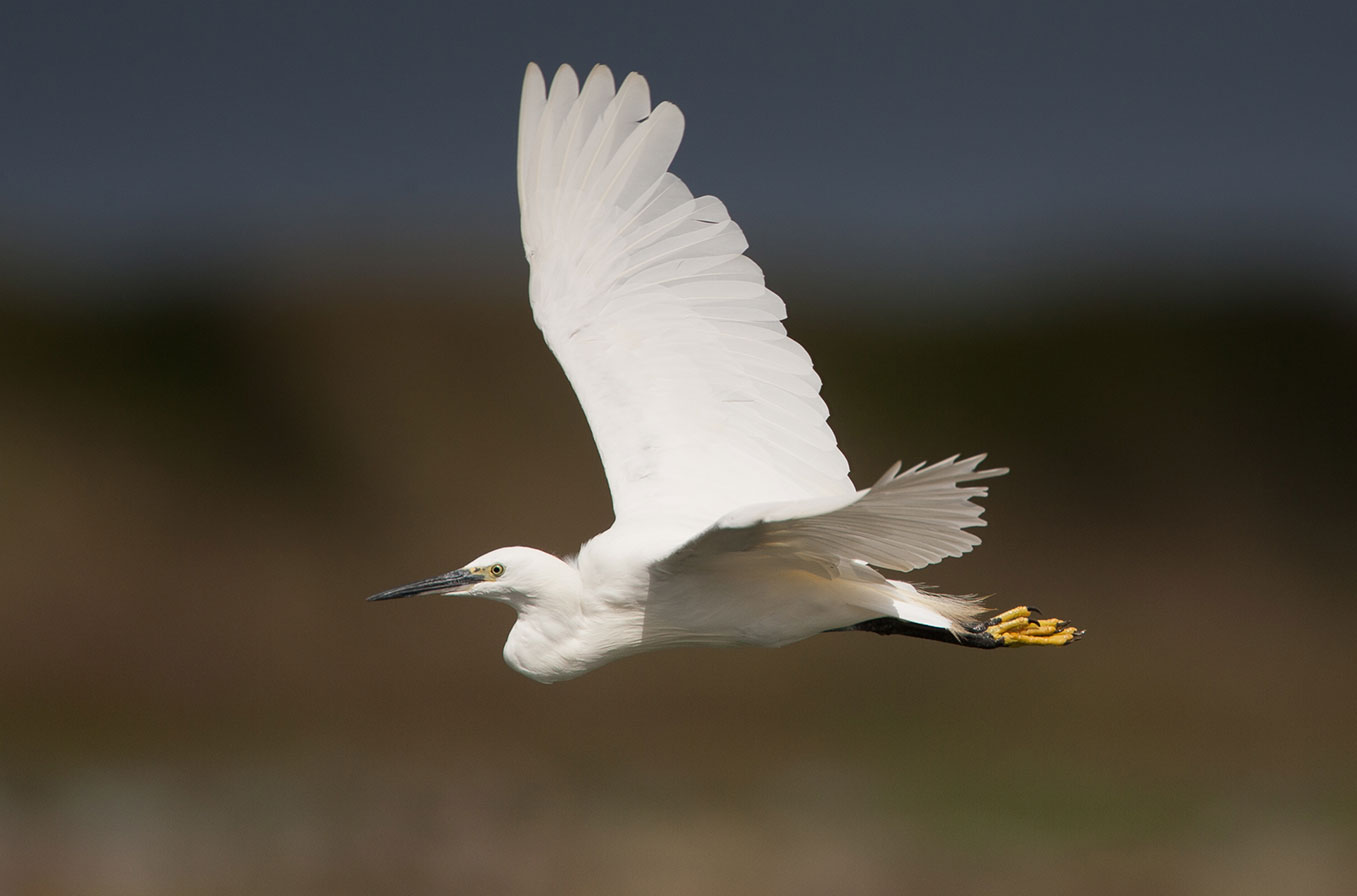 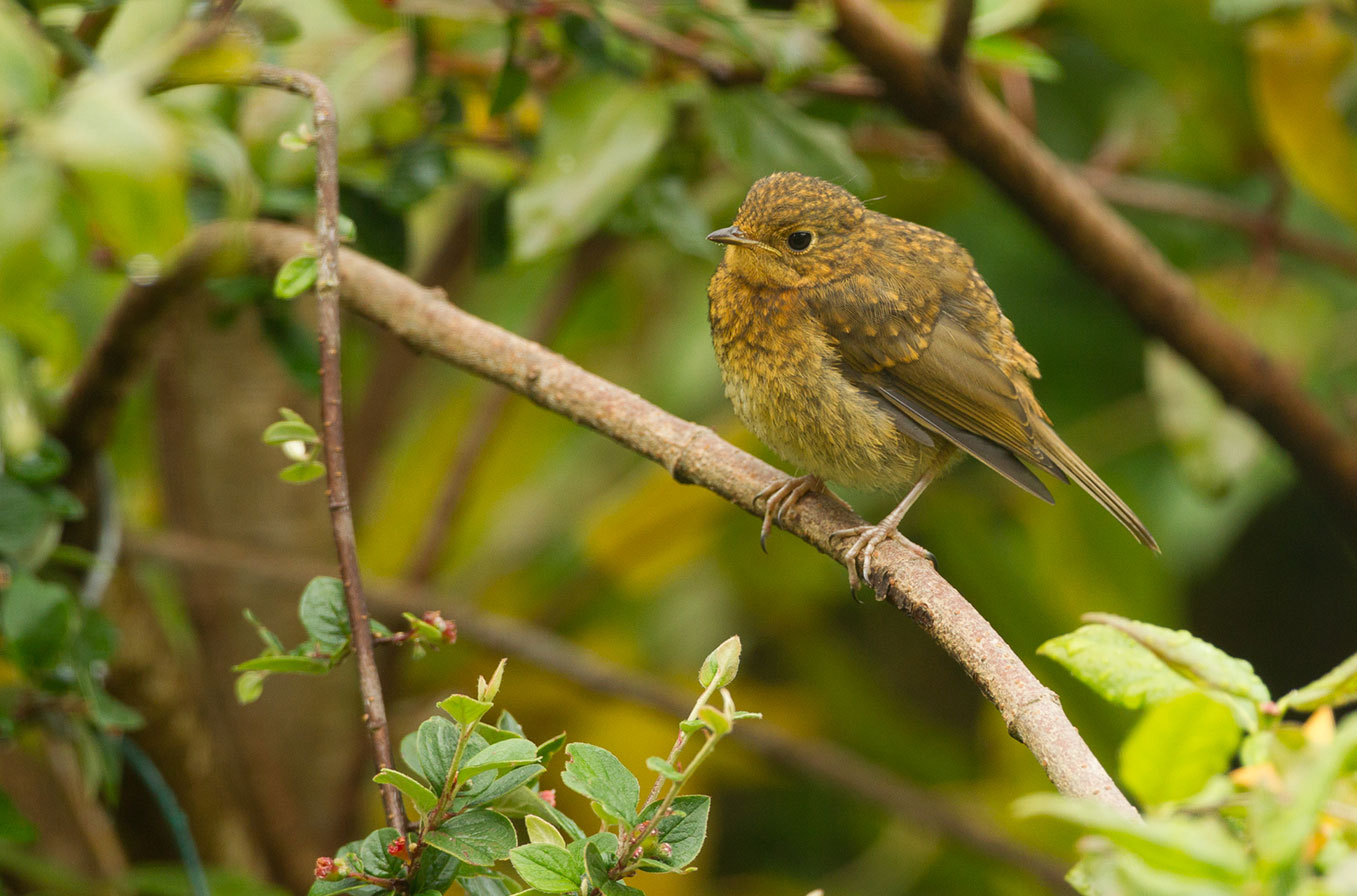