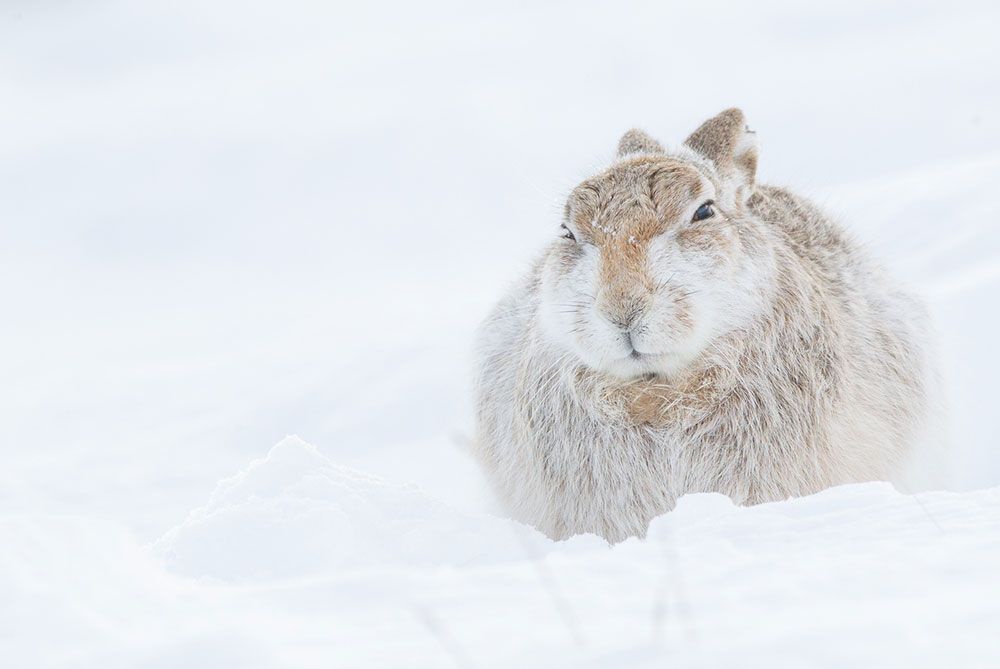 Getting close to wildlife

Mastering the art of getting close to wildlife is a key skill to ensure successful photography. In this article we look at top tips and techniques.

Wildlife photography is such a rewarding pastime but as with all the best hobbies it can be frustrating and rewards are often hard won. Much of our British wildlife is naturally shy and difficult to get close to and a tiny subject in the frame can be all we can achieve at times. However there are ways though of closing the gap and getting closer to wildlife.

In another article we’ll look at the use of hides but here are some pointers from my experience to help get close to shy wildlife without disturbance.

Approaching wildlife that is already aware of you and may have some tolerance can be a challenge but there is a technique that can work well. Many species are triggered to move away or take flight by apparent attention from you so paying no regard to animals and birds can often result in them remaining still whilst tolerating a closer approach. This is often noticed as you may walk or run past birds or animals who whilst watching you and being ready to move may not as they see that you are not paying them any notice. Ducks on a canal towpath for example will often sit tight as runners and cyclist travel past within a couple of feet. Stop and look at them however and they will soon jump into the water.

This walking past apathy from your subject can play into your hands and you can walk past many times whilst not spooking the animal or bird. Each time though try walking slightly closer using a zig zag route. Patience is key too and the more careful and slow you are with this the more successful you will be.

Acting in an obvious way too can set your subject at ease as it will realise that you are not trying to hide or showing ‘hunting’ behaviour that might trigger a swift exit. I sometimes even talk to my subject whilst trying to get closer as this indicates that I am not trying to ambush them. Don’t spend ages getting close though and then suddenly start waving a large camera and lens around. Instead have the camera in view whilst still well away so that they get used to that.

Some animals are very reliant on camouflage to avoid predation and by ignoring them you can illicit them to stay still as you gradually get slowly closer (using the zig zag approach as above) once close enough for a photo slow your movements right down though as if you are within their tolerance zone a slight movement might cause them to lose their nerve and bolt. A careful approach may often result in them staying put however as was the case with this ptarmigan and mountain hare both approached within 10 feet. Importantly I also used a slow retreat having taken the shots ensuring that I was able to leave them undisturbed. 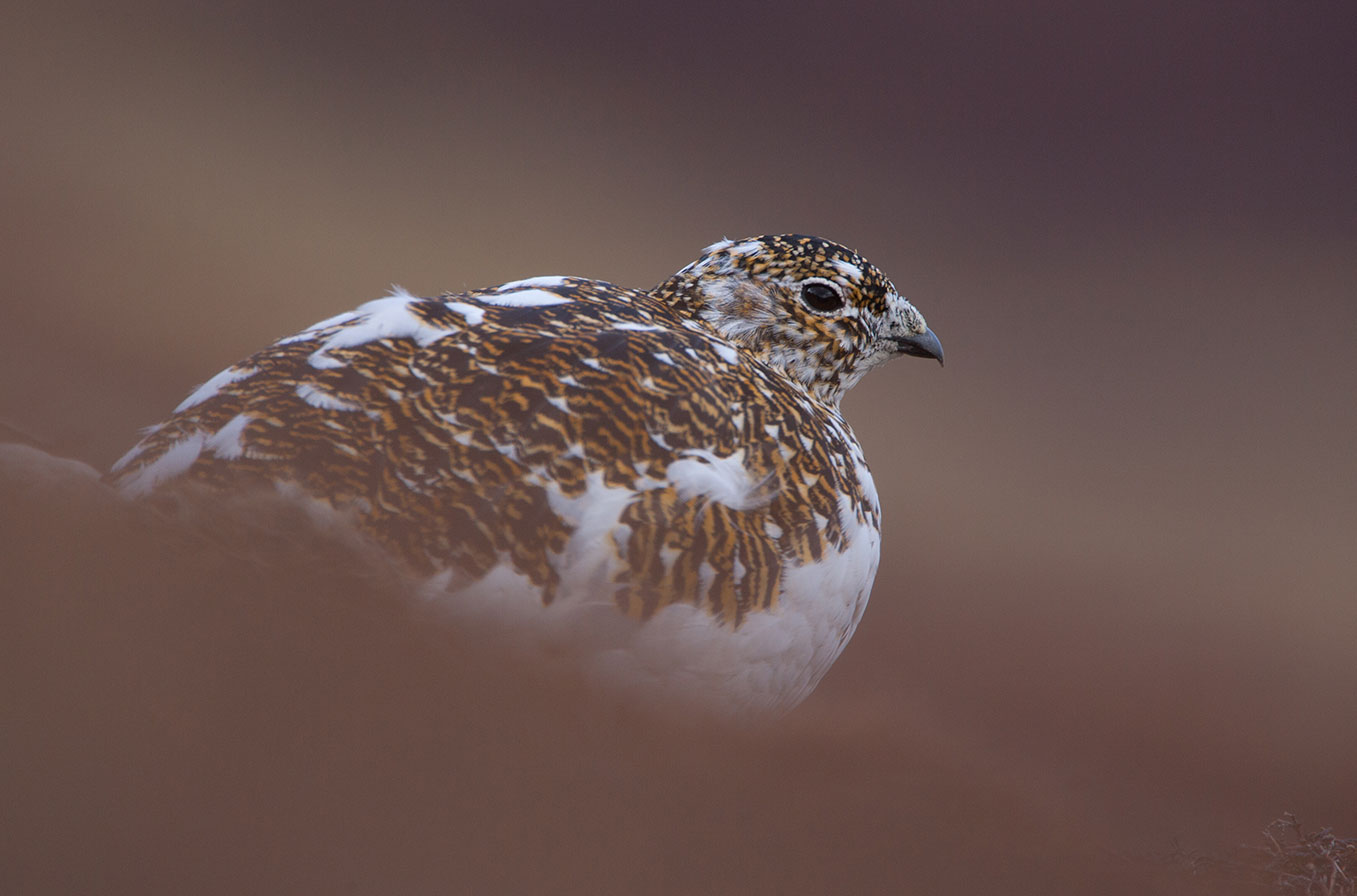 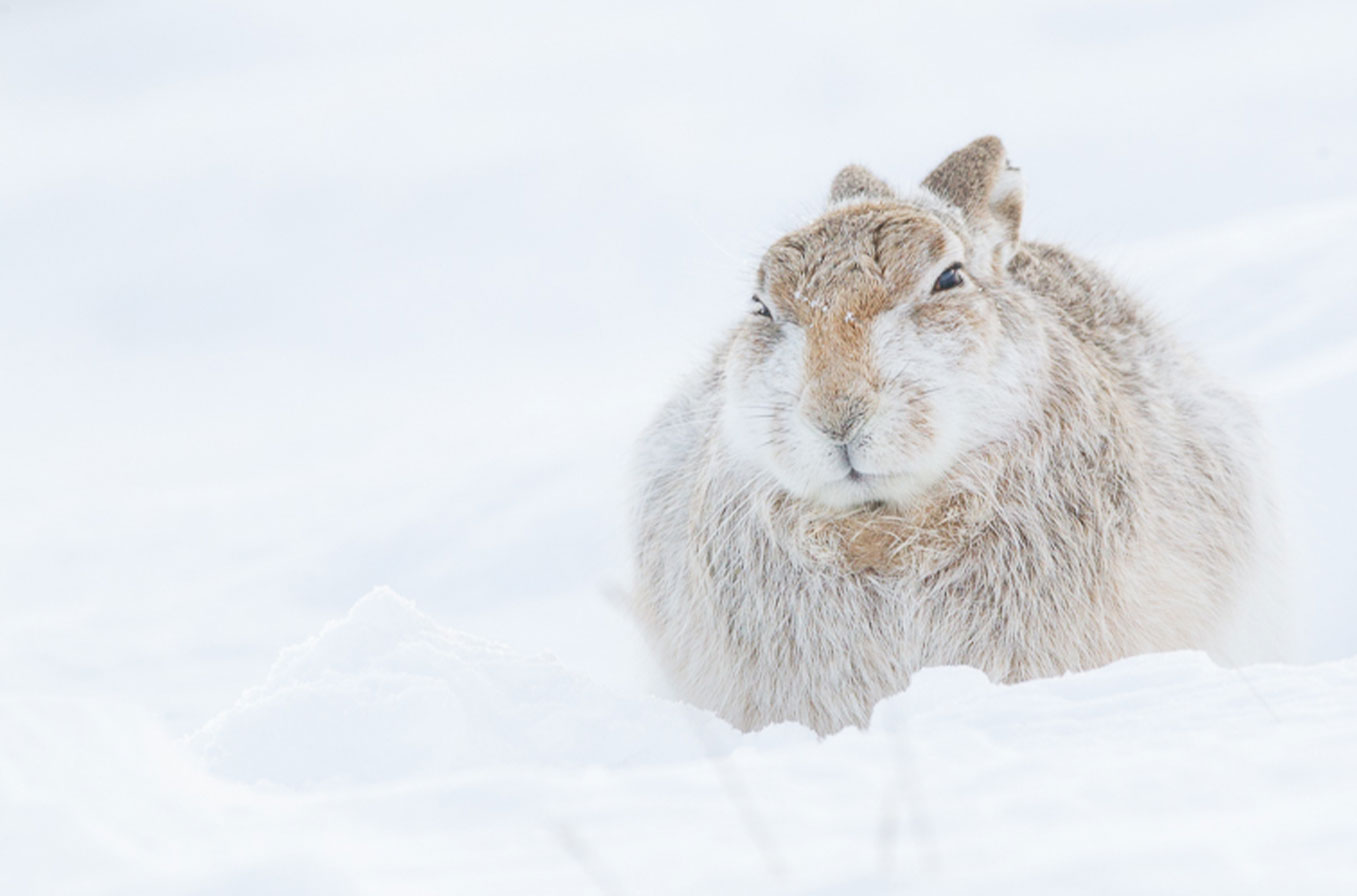 For many species the comfort zone is pretty large and it can be almost impossible to get close enough to get a good clear view and decent sized image. Shy species such as deer, foxes, badger and many birds are very nervous of humans and will move away quickly if they sense your presence. This is where the stalking plays its part. 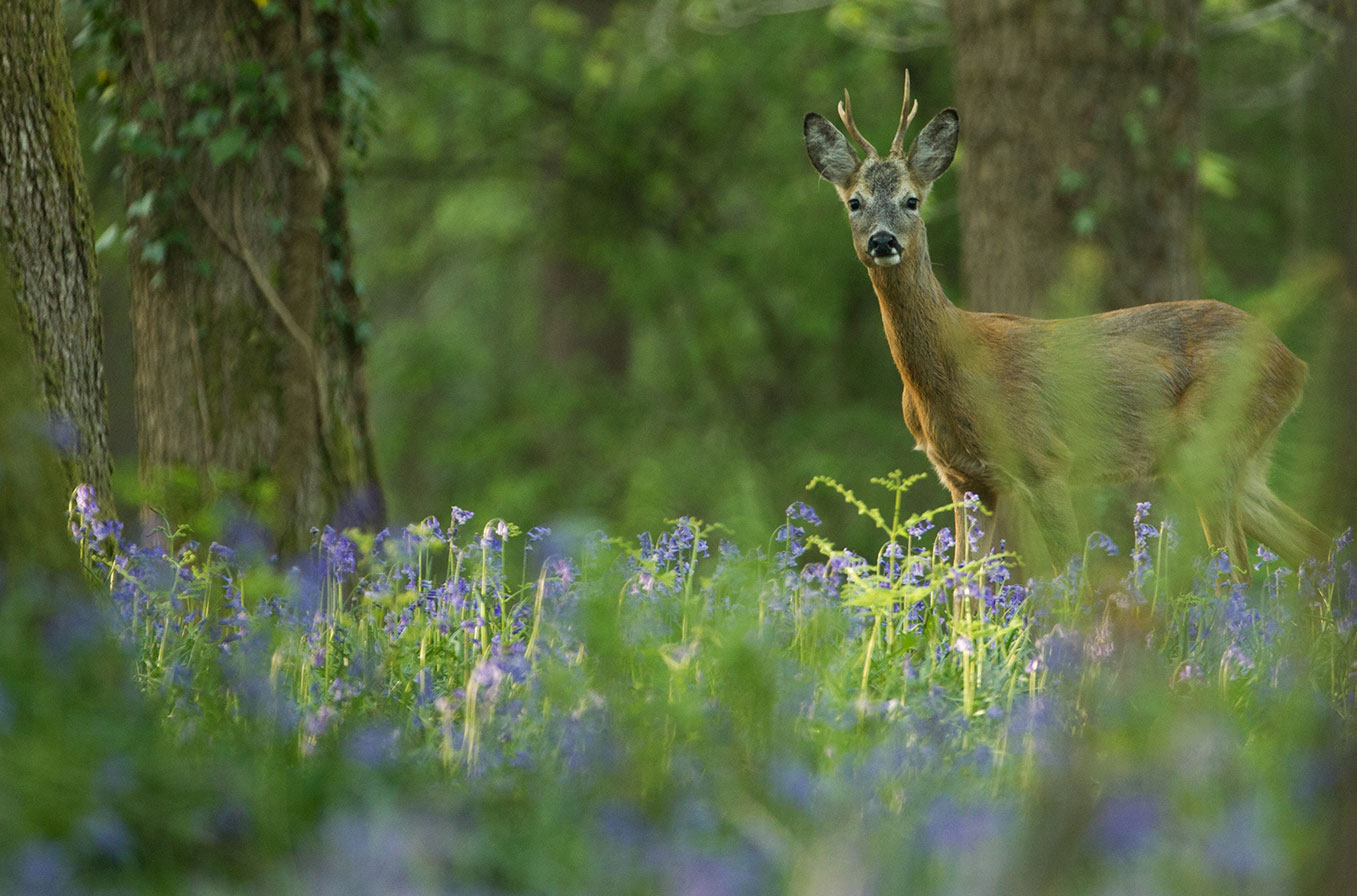 With keen eyesight, hearing and sense of smell the shy roe deer is one of the hardest wildlife subjects to get close to for photography.

Foxes and deer have good eyesight even in low light and will pick out a moving human form easily often before you have even become aware of them. For every deer or fox you see, several may have already slunk away! It is important then to try and use available cover such as trees or banks to keep you from clear view. A hood or lose hat will also help break up the human outline as will patterned and naturally coloured clothing. Ultimately camouflage is the best option for those that are really serious about getting close to these tricky species.

Many animals such as badgers, otter and boar however have relatively poor eyesight so for them sense of smell and hearing are really important. I have had all three species looking straight at me at close range only to resume feeding having not smelt or heard my presence. That said, they will pick up on movement so slow and stealthy is the key for all of the above animals. 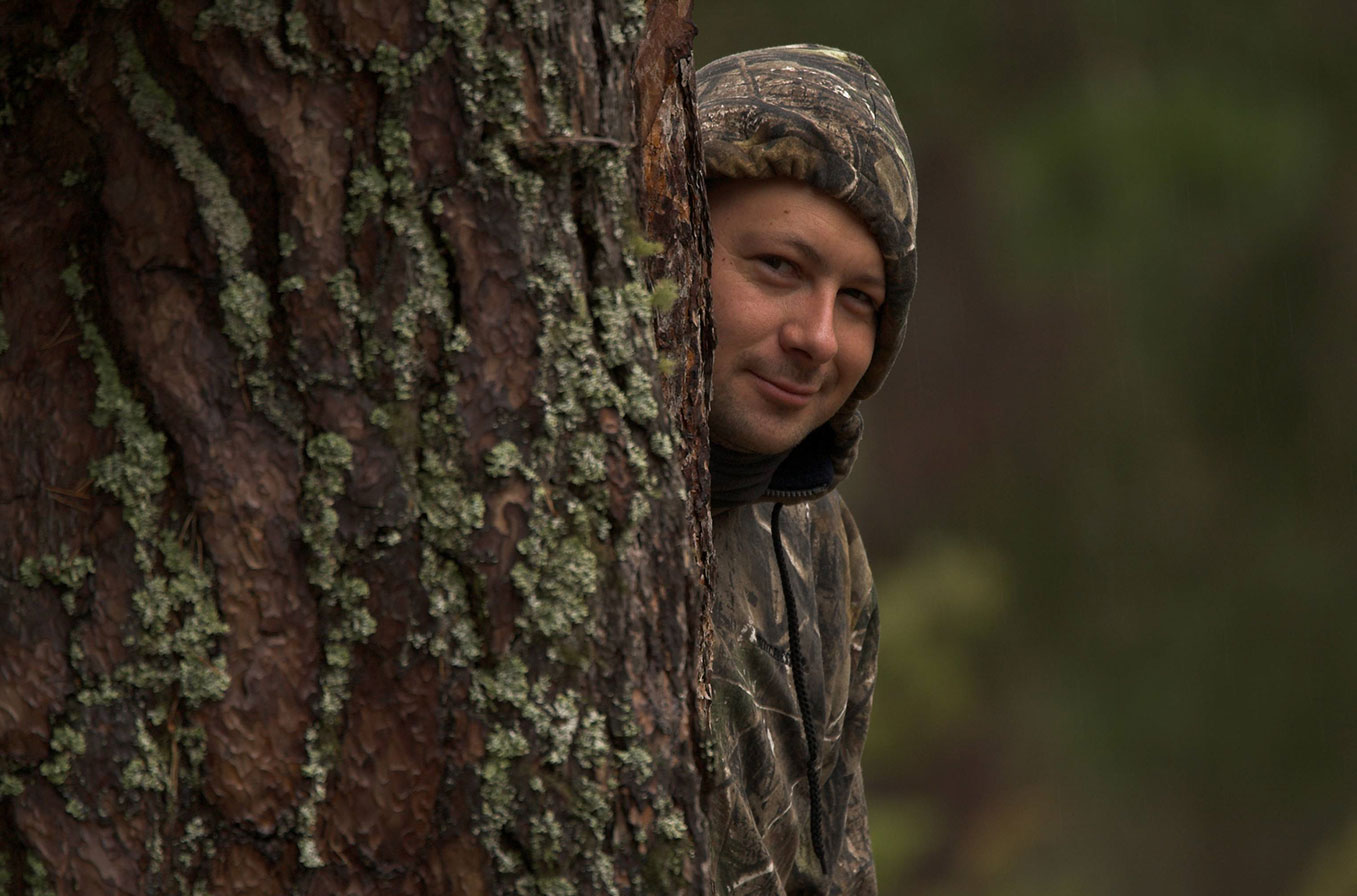 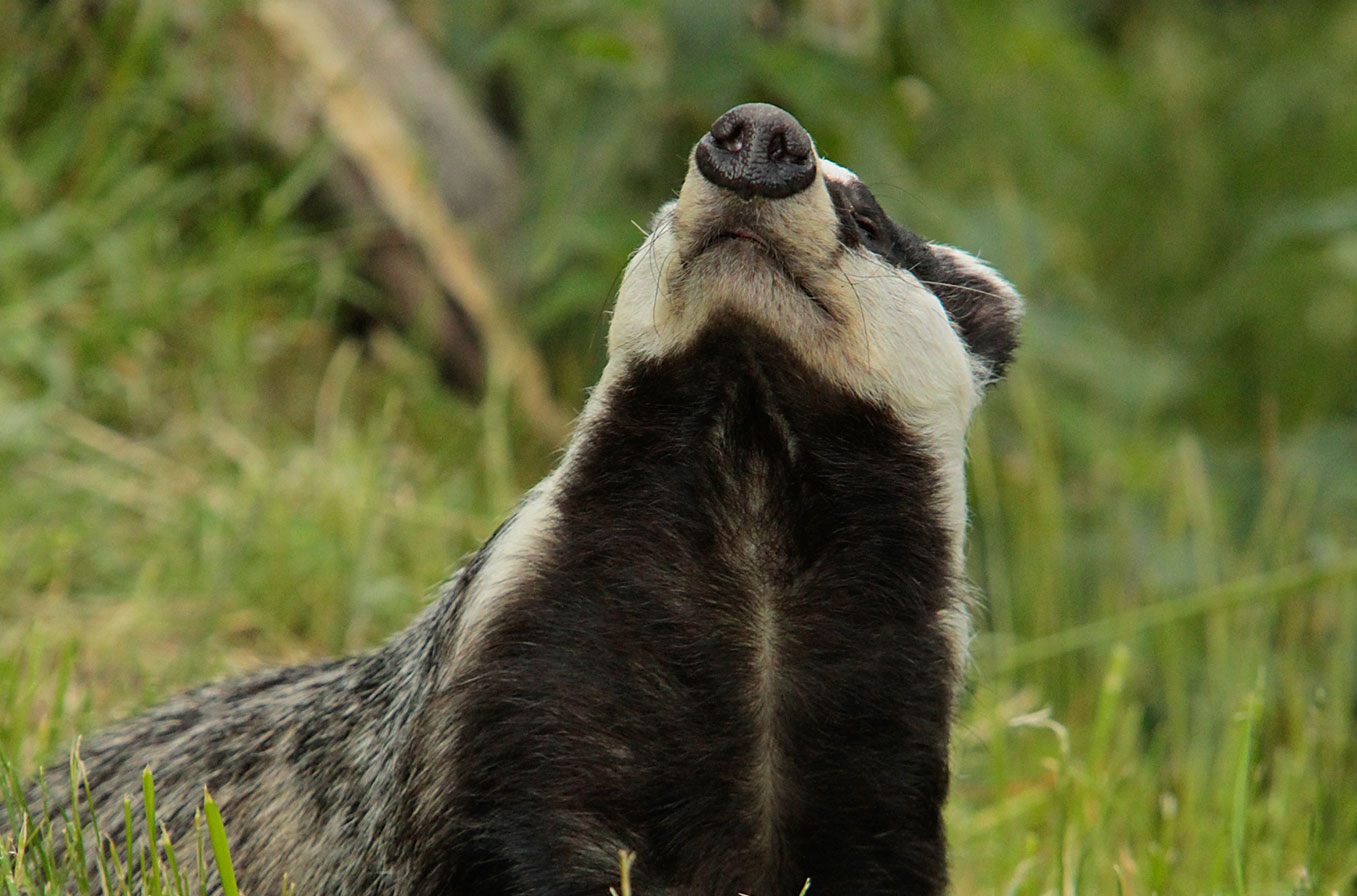 Camouflaged clothing and a hood can help break up the human outline and can certainly fool the poor sighted badger. If he catches your scent however his nose is not to be fooled and he will quickly exit stage right!

Sound is tricky as the forest is often littered with dry sticks and leaves waiting to rustle and crack.  Looking at your path though will at least allow some of these to be avoided and soft clothing too will allow a quiet approach. When stalking wildlife I always find that I am more successful alone, the temptation to talk and the increased chance of noise or scent being carried is so much more with a companion.

Sense of smell is best managed with an awareness of the wind, it can be tricky to judge direction in low wind conditions so dropping a light leaf or sand can be a useful indicator. If you are really determined then a small pot of talc can be used to puff small amounts into the air to give a clear indication of wind direction. Then aim to walk into the wind when looking for subjects and keeping down wind of any you do find will hugely increase success. 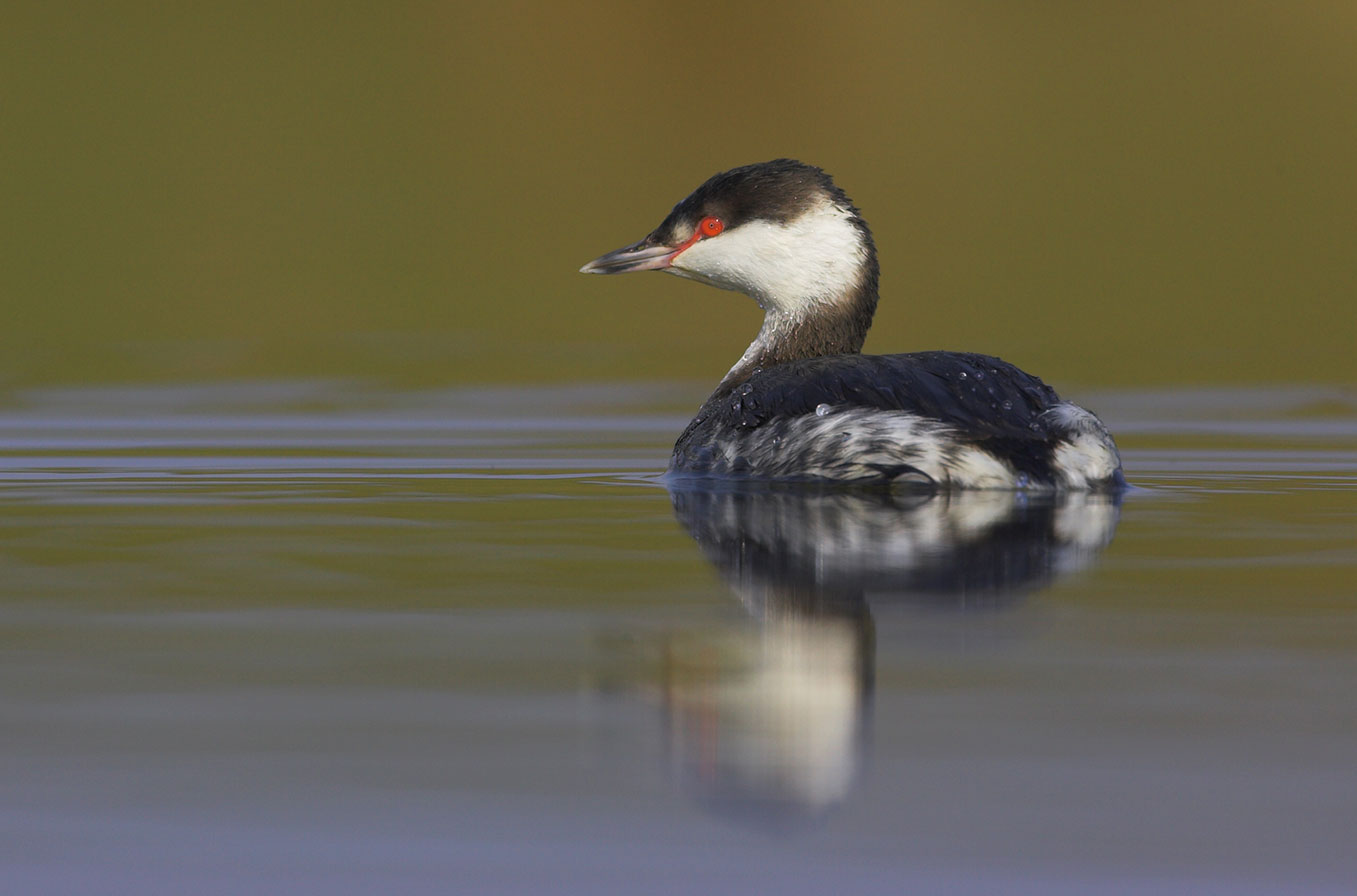 This slavonian grebe spent a huge amount of time diving for fish allowing me to move closer.

Watching the behaviour of the animals or birds will also help plan the stalk, moving when the animal is feeding can allow progress and this is even easier when the animal is in water and diving. Otters, grebes and divers can be under water for many seconds allowing repositioning and then freezing when they surface. Watching a diving subject and seeing how many seconds it is under for can help plan. Eg if a grebe dives for over 10 seconds usually plan to move for only 5 or 6 seconds allowing plenty of leeway. This can be a very rewarding game of grandma’s footsteps!

A very successful way of getting close to wildlife is to use a car as a mobile hide. Animals and birds can become de-sensitised to vehicles and will often ignore them. That said a car stopping really close and then the window dropping and a camera suddenly appearing can spook otherwise tolerant species.

For that reason I will often pass the subject by, get myself ready up the road and then return with the camera on a bean bag ready. Even then I do so slowly and take images from further away initially to allow the animal to become used to me. Smaller in the frame pictures are still better than no pictures! If you are in a good position to take shots take a couple then switch off the engine, this will reduce the vibration. I tend to only switch it off when in a good position though as starting the engine can sometimes cause the animal to move away. 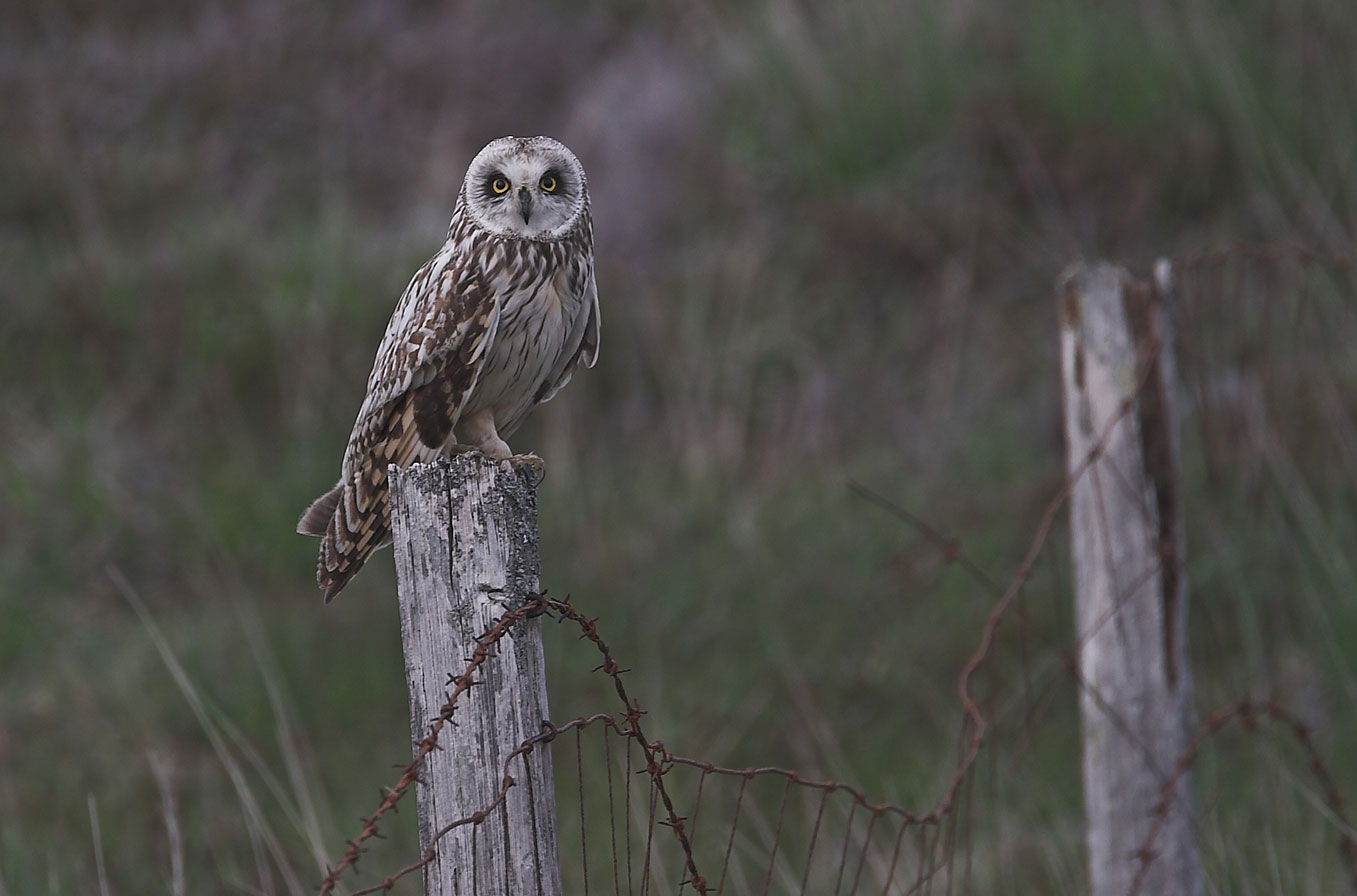 This short eared owl hunting by the road was un-phased by my car and allowed me wonderful views without disturbance.

A final consideration is that although it can be enjoyable getting close to wildlife and getting frame filling images sometimes this is not the right thing to do. If you are not careful you could cause disturbance even if not intentionally and this can have lasting effects on wildlife especially during the breeding season. Always better to err on the side of caution and leave the animal well alone not even having known you were there. Also note that for some rare and easily disturbed species it is against the law to recklessly disturb them so better too far away than too close!

If there is no opportunity to get closer without risking disturbance to the subject or habitat then this can be a great chance to be a bit more creative and think about how to set your animal in context and show the habitat. These are often far more satisfying and memorable than a frame filling portrait.

So get out there and practice these tips and I hope that you are rewarded with some great images, taken ethically and the envy of your friends! Plus leave your own top tips or let us know how you've got on with the above techniques in the comments below.